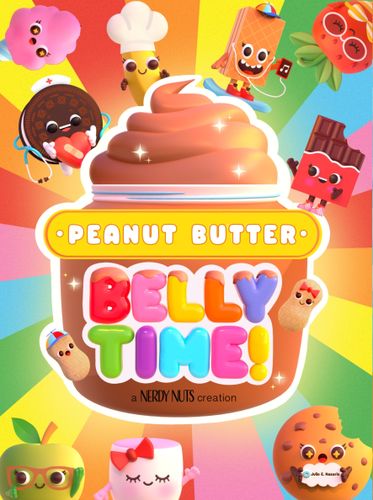 Time to go small in this post to focus on card games:

• Julio E. Nazario’s Peanut Butter Belly Time, which I covered in May 2022, is being Kickstarted (link) by Nerdy Nuts, LLC, the game’s publisher and a specialty peanut butter manufacturer that has set an ambitious goal for this 2-7 player game:

You are peanut butter makers for Nerdy Nuts!

Decide what flavors you want to create from Chocolate Marshmallow to Banana Cookie and everything in between, then prepare your jars and collect the right ingredients for your special peanut butter creations. You can add mystery ingredients for extra flavor, but don’t push your luck too far or your sweet treats might end up too salty instead!

In Peanut Butter Belly Time, players draft ingredient cards to create jars of peanut butter. Each card also has a scoring rule on it, but only one card will score for each jar. Players may take orders from a central display if they can fulfill them, and an order replaces a jar’s normal scoring. Players can also compete for ingredient majority cards.

• In 2023, AMIGO Games — the U.S. branch of AMIGO Spiele — will release the new version of Wolfgang Kramer and Michael Kiesling’s Abluxxen in English, a new version of Kramer’s Take 5! with revamped graphics (which I believe is a new version of 6 nimmt!, not the separate but similar Take 5!), and Haim Shafir’s Halli Galli Junior.

• Fila is a print-and-play game from Femi of Centroid Games, with a Kickstarter campaign also making physical copies available in 2023. Here’s an overview of this 4-6 player game:

Fila consists of a 21-card deck, with each card having a point value. To start, reveal a number of cards face up based on the player count. 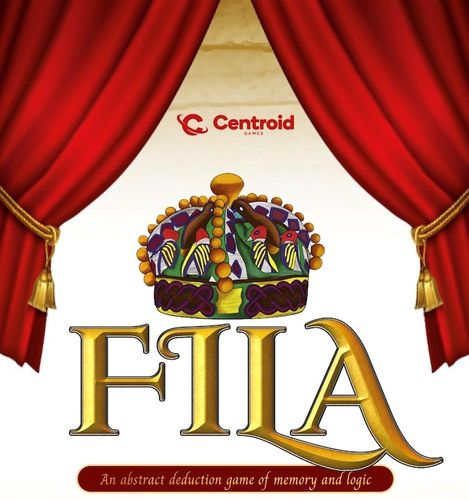 On a turn, draw a card from the deck and without looking at it show this card to 2-3 other players, then place it face down in front of you. After all players have three cards in front of them, write down your predictions for which player has the most points or whether there’s a tie for high score, then predict how many points each player has. Players win or lose points based on the accuracy of their predictions, and whoever has the highest score wins.

• Studio Tecuanis has been creating Aztec-inspired artwork, apparel, and toys for years, and it launched its debut game — NAWALLI — on Kickstarter (link) in late October 2022, with the game also being available later on its website. Here’s an overview of this 2-4 player game:

In NAWALLI, a creature battle card game based on Aztec mythology, you take on the role of a shapeshifting sorcerer known as a Nawalli to summon Nawals — allies such as creatures of the forest, ghosts, and monsters to battle in the arenas.

The game comes with four partially pre-built decks, representing Aztec gods from the four directions: Tezkatlipoka, Tlalok, Ehakatl, and Xipe Totek. In the main game mode, players select one deck, then draft a complementary team of creatures, items, and spells before doing battle in the arena. 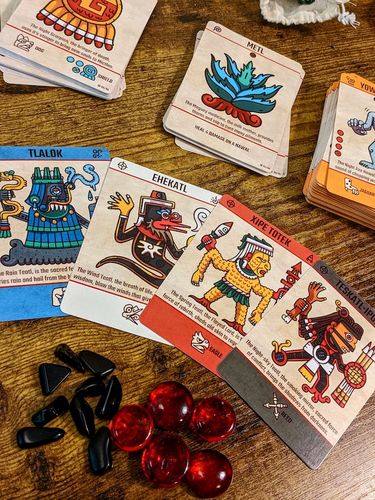 Each creature you summon has unique abilities based on the twenty Aztec Daysigns, e.g., Eagle allows your creatures to fly one lane over to attack, Jaguar allows shifting one lane before attacking, and Snake allows eating defeated Nawals to absorb their powers.

Nawals can be combined together to create a hybrid creature with more health, power, and both sets of abilities. Shapeshifting a Nawal restores its life completely, so finish off your opponent’s wounded creatures to avoid giving them a powerful play.