It is estimated that around 10% of the US population has peanut allergies, a medical emergency that can be treated but not cured. Compared to those without allergies, these individuals are at a greater risk of anaphylaxis. Hence, there is a need to develop novel therapies to treat peanut and other food allergies. A recent Frontiers in Immunology journal study by University of North Carolina at Chapel Hill and Vanderbilt University researchers has created an in vitro system to determine potential therapeutics targeting sensitized effector cells based on human, allergen-specific, Immunoglobulin E (IgE) monoclonal antibodies (mAbs). 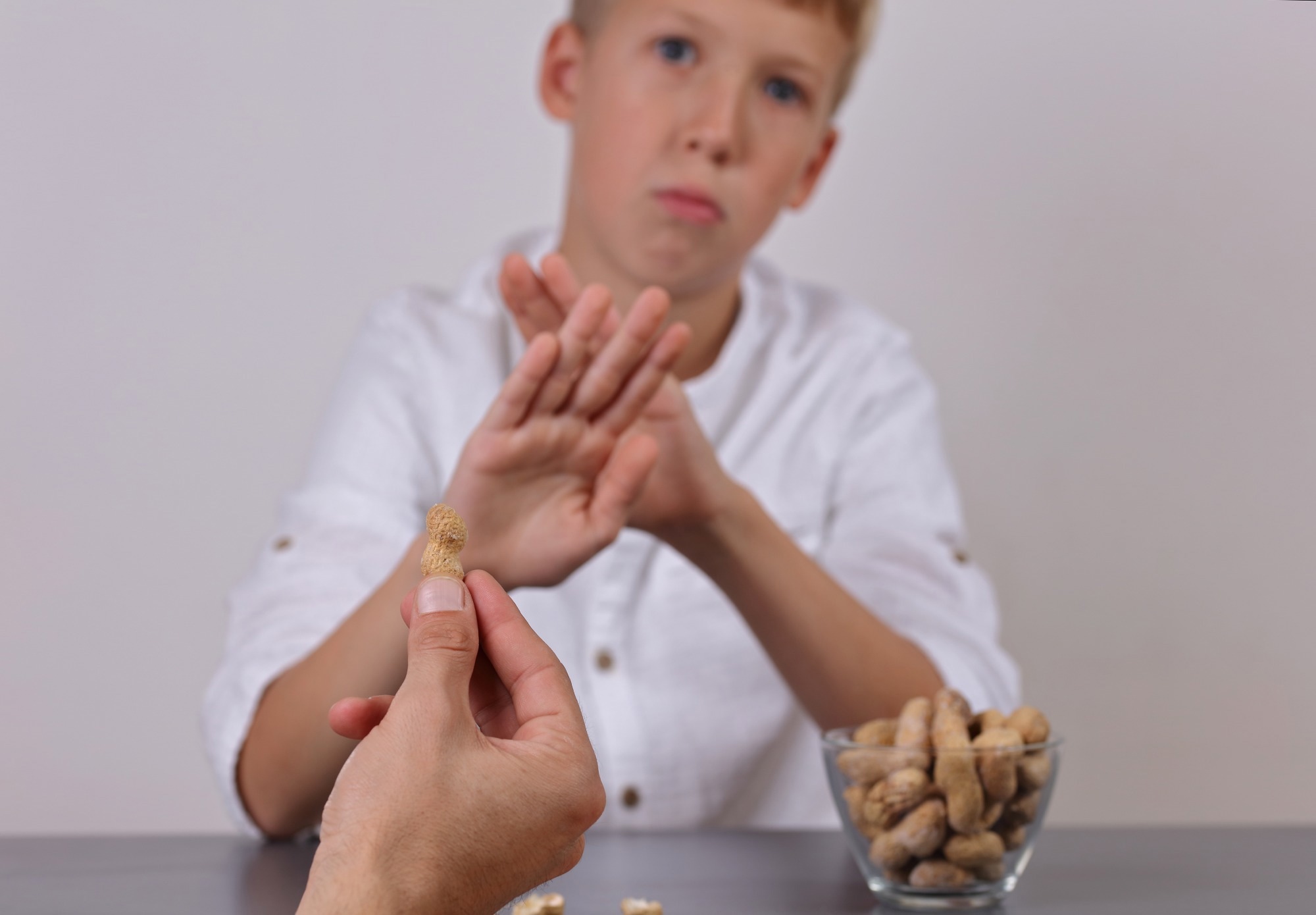 How does Allergic Reaction Occur?

Allergic reactions are driven mainly by mast cells (MCs). During the allergy effector phase, mast cells are activated due to crosslinking between allergenic antigens and allergen-specific immunoglobulin (Ig)E, which binds to the IgE receptor (FcϵRI) on MCs. The activated MCs promote allergic symptoms by degranulating and releasing previously formed mediators.

Antigen-specific, IgE-mediated MC activation was inhibited by nanoparticles co-displaying antigen and Siglec-8 ligands in vitro. Furthermore, it could also suppress anaphylaxis in siglec-8 transgenic murine models. Although few studies have determined the effect of inhibition of MCs sensitized to the food allergen, i.e., chicken egg ovalbumin (OVA), researchers have not yet determined whether targeting CD300a or Siglec-8 affects in vitro MC activation in response to peanut.

Several in vitro models of the allergy effector phase have been developed based on purified human IgE antibodies. These models revealed that anti-human IgE antibodies always crosslinked IgE-FcεRI complexes on the MC and induced degranulation. However, this was not the case with MCs sensitized to human sera containing anti-food allergen IgE. In this case, degranulation did not always occur in the presence of specific food allergens.

Around 30% of patients with food allergies are allergic to more than one food. Hence, reproducibility issues occur in models that used human plasma to sensitize MCs due to variability in IgE levels and IgE specificity to multiple allergens. Therefore, alternative in vitro models of food-allergen-induced MC degranulation are required to determine MC inhibitory receptors and assess the effects of potential therapeutic agents that can target these inhibitory receptors.

After stimulation with peanuts, cytokine production, beta-hexosaminidase release (degranulation marker), and phosphorylation of signal transduction proteins downstream of FcϵRI were measured. The extent of degranulation was also estimated after engaging inhibitory receptors CD300a and Siglec-8.

The findings related to Siglec-8 supported the proof of concept related to the observation of in vitro system that detected inhibitors of MC degranulation. Notably, the CD300 receptor family was found to be a potential therapeutic target for blocking peanut-specific allergic effector cell activation and degranulation.

The underlying mechanism of Siglec-8-mediated inhibition of MC has been associated with direct interactions between Siglec-8 and signaling molecules downstream of FcϵRI.

In the future, scientists can use this in vitro model to ascertain whether phosphatases are linked with CD300a and Siglec-8 signaling in the RBL SX-38 effector cell line. The main advantage of the new model is that it enables direct detection of potential therapeutics on effector cell activation by eliminating variables introduced when human plasma is used for sensitization. Additionally, this system removes non-relevant IgE, multiclonal allergen-specific IgE, and other irrelevant antibody subclasses, which is advantageous because it allows rapid screening for potential candidates for effector cell inhibition in food allergy.

Guide To Dating Advice For Men