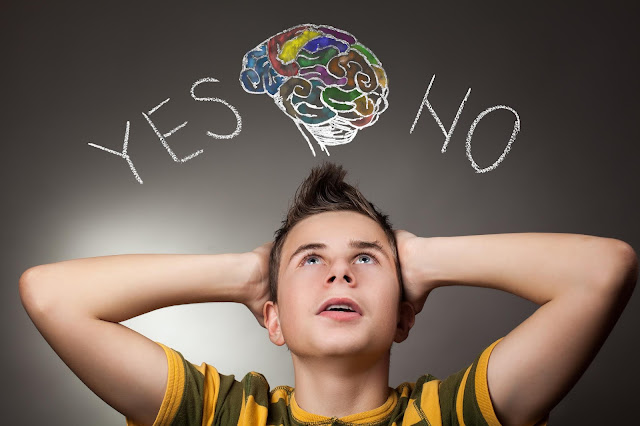 As the COVID-19 restrictions ease across the country we’re beginning to see Australians, both young and old, being able to socialise a little more freely on a Saturday night. All states and territories are now allowing people to now have others visit their home, with numbers varying (5 to 20 people depending on where you live, apart from NT where are now no limits on numbers). When it comes to teenage parties, however, it is likely to be quite a while before parents will be permitted to host such events, regardless of where you live in the country, with the Australian Government-funded HealthDirect website stating the following:

“Even though some of these restrictions are easing under the Australian Government’s 3-step plan to reopen the economy, you should continue to practise physical distancing and good hygiene. Large social events, such as parties, should not take place at this time.”

So for the foreseeable future we really are looking at the most that underage teens are going to be able to do on a Saturday night is gather with a small group of friends at someone’s house. That’s a huge leap from the total lockdown that we had in those first couple of months of the pandemic but from what I’m hearing from many of the young people who’ve contacted me in the past few weeks, they’re chafing at the bit to get out and have some fun … I can’t even begin to imagine what those first couple of weekends are going to look like when 16th and 18th birthday parties are going to be permitted! It’s going to a very brave (or very stupid) parent who’s going to allow their home to be opened up for those events …

I’ve spoken to a couple of Mums over the past few weeks who have daughters that turned 16 during the lockdown and, at the time, both promised them that they could have a party to celebrate once this was all over. As restrictions are gradually easing they’re both now rethinking their plans. As one said, she has now realized what that could look like and is desperately trying to get the event happening while their are still limits on numbers – “Having 10 of her friends over for a small gathering now is going to be much more manageable than what could happen when restrictions are lifted. I don’t want to end up being one of the first to have a larger group of teens partying at my home. My daughter’s friends are great but from what I’m starting to hear, they’re going to want to party hard!”

So how will our teens respond once things return to some degree of normalcy? As I wrote recently, there are concerns about the return of the #YOLO (You Only Live Once) phenomenon – a call for people to live life to its fullest extent while you have the chance. We’re certainly seeing some evidence of that around driving, with higher levels of speeding and drink driving offences than usual – I haven’t seen any data to suggest that young drivers are particularly at risk here but it would certainly make sense if they were. Cooped up in isolation, unable to socialise with their friends for a couple of months – everyone, no matter what their age, is going to go a little bit ‘stir-crazy’. When the shackles are loosened a little it’s no surprise that they’re going to want to let their hair down. Unfortunately, when it comes to teens that means that we could potentially see some particularly high-risk behaviour.

To explain why teens are of particular concern I’m going to refer to my ‘guru’ in all things ‘adolescent’, Laurence Steinberg. During the lockdown I managed to take another look at some of his work and, once again I found his 2014 book Age of Opportunity so wonderful. The first few chapters are some of the most well-written and clear explanations of what changes are occurring in teens and why they do the things they do and should be compulsory reading for all parents. In the chapter ‘How Adolescents Think’, he discusses the importance of brain development, particularly in relation to the prefrontal cortex (sitting right behind the forehead and responsible for self-regulation) and the limbic system (the emotional part of your brain positioned deep in the centre). To do this he describes the following three overlapping phases of adolescence:

“Phase One: Starting the Engines”
This phase begins around the onset of puberty and centres around the limbic system starting to become more easily aroused, i.e., they become more emotional, with Steinberg describing young people going through this as displaying “higher ‘highs’ and lower ‘lows'”. They become more sensitive to the opinions of others, particularly their peers, and they now feel the need to look for more exciting and intense experiences (‘sensation seeking’). As this stage of brain development is linked to puberty and hormonal changes, when this starts and ends is closely linked to physical maturity, i.e., some parents will start to see this in children still in primary school who have not entered their teens (those experiencing early onset puberty), while others will not see this behaviour begin until much later.

“Phase Two: Developing a Better Braking System”
Steinberg describes the second phase as “gradual”, starting in preadolescence and not ending until around the age of 16. As connections in the brain become more effective through a process known as ‘pruning’, those that are used and reinforced are strengthened, while those that aren’t die out, resulting in a more efficient and adult-like brain. Decision making, problem solving and the ability to plan ahead are all strengthened during this time. By the end of this phase, young poeple are capable of making good decisions and have a “fine-tuned braking system” in place but they still don’t have the important connection between the developing prefrontal cortex and the limbic system. Unfortunately when it comes to making a decision they are more likely to make it based on emotion, they’ll more likely to act impulsively with the mantra – “if it feels good, I’ll do it!”

“Phase Three: Putting a Skilled Driver Behind the Wheel”
So even though they now have the necessary ‘brakes’ to help them make better and safer choices, Steinberg says that they’re not always able to use them effectively and consistently and this is likely to be the case through their late teens and even into their early 20s. Over that time they get better at controlling their impulses and thinking through the long-term consequences of their actions, it’s not only all about the short-term reward anymore. By their early 20s (although for young men there is some evidence to suggest that it could even be a little later) strong connections have been formed between the prefrontal cortex and limbic system and we begin to see young people develop more dependable self-regulation, i.e., they’re more likely to put their foot on the brake when faced with a potentially risky situation.

Basically we have a group of young people who have been asked to suppress their biological urge to socialise with their peers for an extended period of time. They, along with everyone else in the community, have been subjected to a range of rules and restrictions unlike any we have ever seen before. When you put that together with everything else that has happened in Australia and around the world so far this year, who can blame any teen for wanting to forget everything, let their hair down and have an amazing time with their friends at the first opportunity that comes their way? The problem is that they simply don’t have an effective brain ‘braking system’ at their age. They have the ‘brakes’ there but they’re not always going to use them when they should because their emotions continue to run the show when it comes to decision making.

All any parent wants for their child, no matter what their age, is for them to be safe. When they’re young and they don’t have the necessary ‘brakes’ to make good choices, you can make rules and boundaries and apply the brakes for them. As they get older, particularly in their mid to late teens, you’ve got to allow them to make mistakes and develop an effective ‘braking system’ of their own. That doesn’t mean you should just let them do what they want and ‘damn the consequences’.

Yes, we want them to have a great time with their peers but they still need to know what your expectations are when it comes to parties, alcohol and other drugs. Keep talking to them and do your best to maintain a strong and positive relationship. Rules and boundaries need to be fair and, most importantly, age-appropriate. Reward good behaviour and make sure they know that rules change over time. Most importantly, ‘follow your heart’. If your child wants to do something, go somewhere or hang out with someone in the coming weeks and months ahead as the restrictions ease and it just doesn’t feel right, it most probably isn’t. I’m not necessarily suggesting that you try to stop them doing whatever it is that they want to do, particularly if they are older (you do that and you could potentially jeopardise your relationship), but at the very least, talk through your concerns with them. Remember, regardless of everything else, all you want is for them to come back home and be safe.