Qualcomm recently announced the new flagship Snapdragon 8 Gen 1 chip, which a large number of smartphone manufacturers will consider a matter of honor to install in their flagships. Oppo will also release its top-end product with the new chip on board, which has published a corresponding post on its Twitter page.

It is assumed that it will be the Oppo Find X4 Pro; which is expected to be announced in the first quarter of next year. As for the Oppo Find X4, it can receive Dimensity 9000 as a hardware platform. According to insider information, the smartphone will be awarded an AMOLED display; with a diagonal of 6.78 inches and a resolution of 2K. It will be a 10-bit LTPO panel with adaptive refresh rates from 1Hz to 120Hz.

The Oppo Find X4 is expected to be housed in a Victus Gorilla Glass body, a display fingerprint scanner; an NFC module, a pair of stereo speakers, an infrared port, and an Android 12 operating system. Variants with 8/256 GB and 12/256 GB of memory will cost $ 785 and $ 863, respectively. 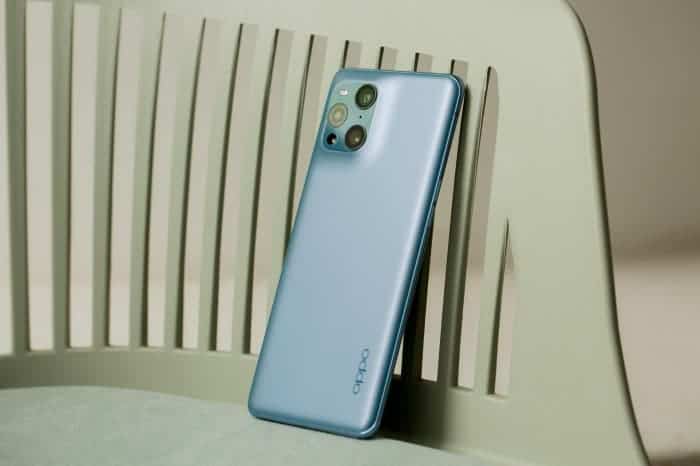 According to some recent reports, Oppo smartphone with a flexible screen, made in a book format, will enter the commercial market under the name Find N 5G. In addition, new information about the characteristics of this device has been released.

In addition, the main flexible 2K OLED screen is said to be about 8 inches diagonally with a 120Hz refresh rate. There is a small hole for the inner camera on the left side of this panel.

Also, on the outside of the device, there will be an auxiliary 6.5-inch screen with slightly curved edges. Panel refresh rate – 60 Hz. In the center at the top of this display will be a hole for a 32MP front camera.


Also, the smartphone is credited with the presence of a Qualcomm Snapdragon 888 processor; In addition, it will have a side fingerprint scanner and a 4500 mAh battery with support for 65 W charging.

The official announcement is expected soon. Also, the price will be around $ 1500 to 1600.