Counterpoint has announced the third-quarter global smartwatch market report on November 22. Statistics show that shipments in the quarter grow by 16% year-on-year. Thus, this niche continued to maintain a significant growth trend compared with the previous quarter.

As for main players, the Apple Watch series accounted for 21.8% of the entire market, ranking first. But we should point out that its market share has declined compared with the same period of last year. This is due to the late delivery of the Apple Watch Series 7 products. 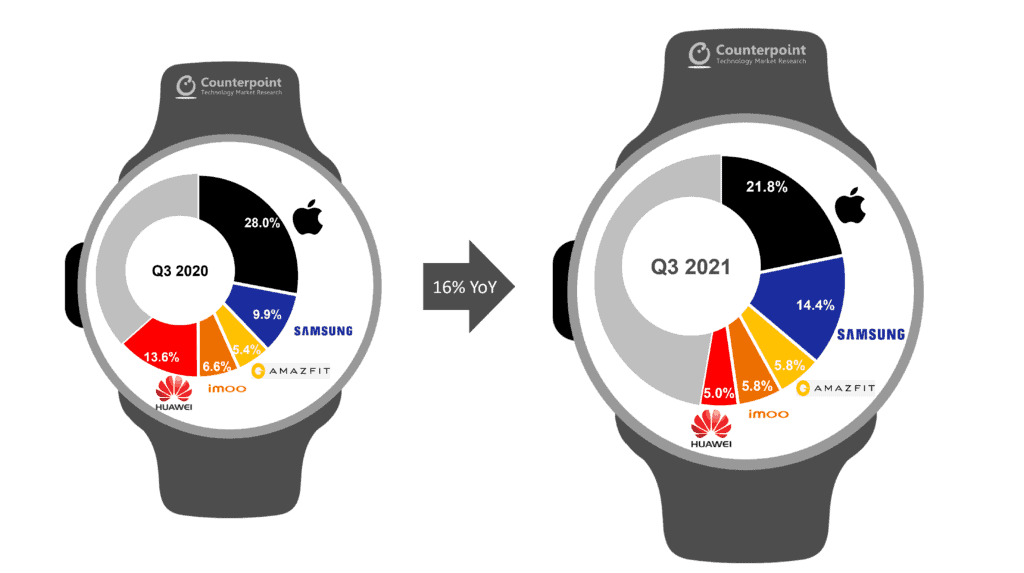 Thanks to the launch of the Samsung Galaxy Watch 4 series models, the brand’s market share increased from 9.9% to 14.4%. This also helped the Korean company to jump to second place.

Huami Technology’s Amazfit series of smartwatches have a good development momentum, ranking third with a share of 5.8%. This is due to the increase in sales of Amazfit in the European market.

The report shows that the shipments of Indian smartwatch brands Noise and boAt are more than twice that of the second quarter of 2021. So in the near future, the abovementioned three will meet a new rival.

Counterpoint senior analysts said that Samsung’s performance in the third quarter was higher than expected. In the mentioned period, more than 60% of the Galaxy Watch 4 series sales come from North America and Europe. Samsung ought to launch lower-priced smartwatches in the next 2-3 years in order to further expand its market share. 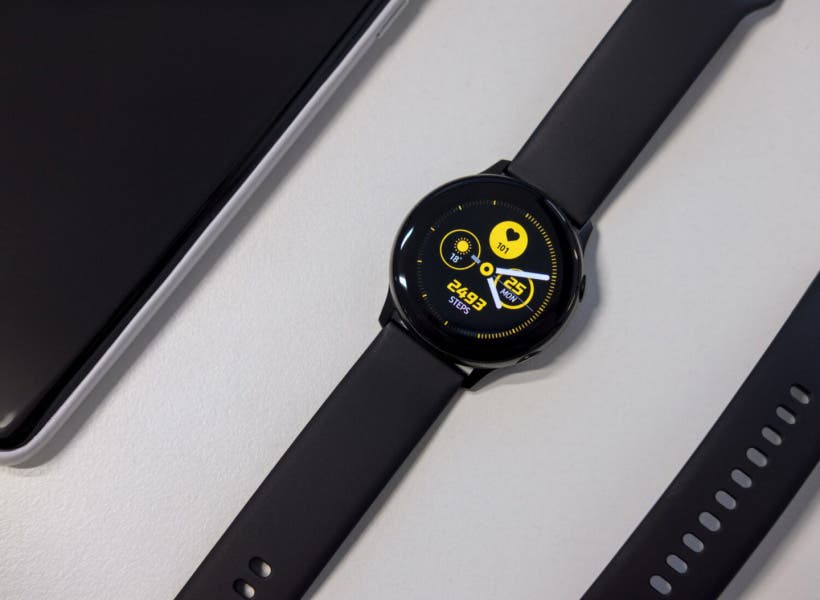 In terms of operating systems, Apple’s watchOS and Google’s Wear OS had the highest usage rates in the third quarter. If the situation with the Apple system is clear, Google benefited a lot due to Samsung’s use of Wear OS. As you know, the company is replacing Tizen OS in new products. The future market share of Google’s system is expected to further expand. 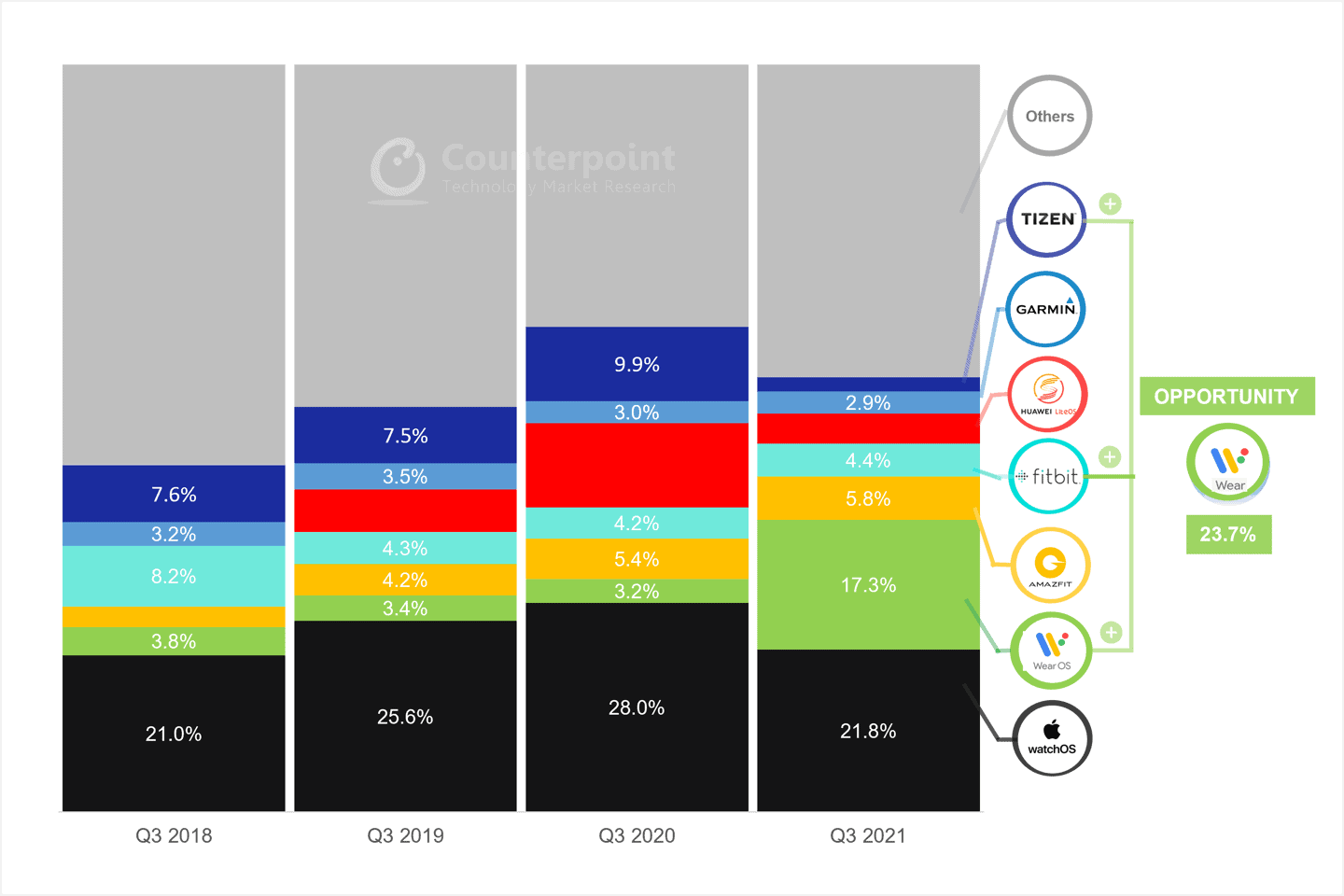 Counterpoint Research Senior Analyst, Sujeong Lim added, “Google has maintained a dominant share in the smartphone market with the Android OS, but so far has not achieved much in the wearable market. This is because Google controlled smartwatch OEMs from customizing the UI, and it was not chosen by them due to its lower power efficiency and slow response time.

However, the partnership with Samsung from this year has gained a foothold for Google to expand its presence in the wearable OS market and seems ready to transform into a more open wearable platform from this time forward.”