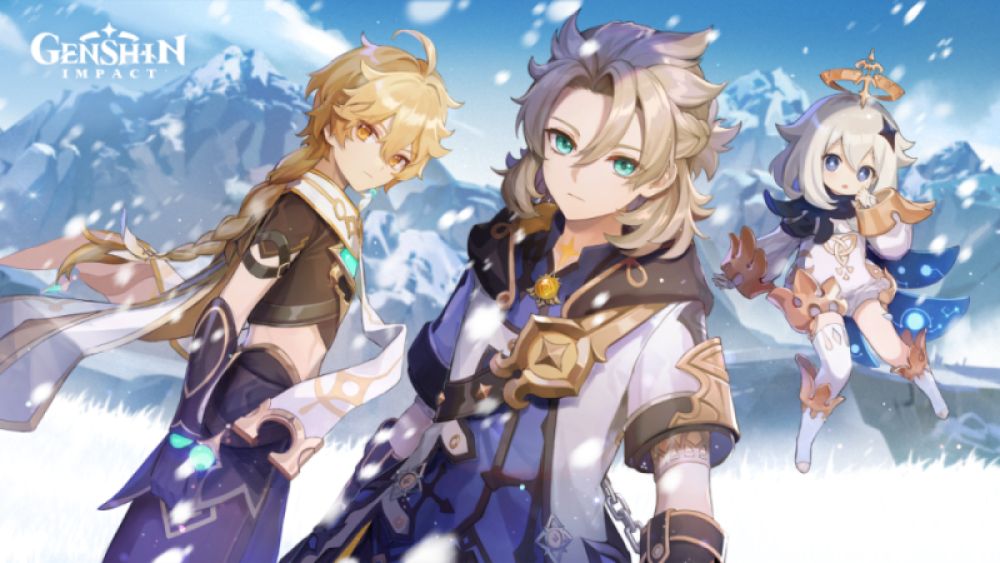 Genshin Impact Version 2.3 “Shadows Amidst Snowstorms” will arrive on November 24, 2021. Players can put their adventuring skills to the test with a series of challenges in the frigid mountains of Dragonspine, investigate the disturbing mass disappearance of small animals in Inazuma, and get to know the two new playable characters, Arataki Itto and Gorou.

Genshin Impact Version 2.3 will see a series of new events coming with rich rewards and intriguing stories. The main seasonal event “Shadows Amidst Snowstorms” will challenge adventurers in Dragonspine, a huge mountainous area covered by snow and subject to extreme weather all year round. Joined by Albedo, Eula, and other old acquaintances, those able to endure the Sheer Cold and accomplish a series of agility, tracking, and combat training challenges can earn bountiful rewards including the new 4-star Sword, Cinnabar Spindle, and create their own “Puffy Snowmen.” Another event in Inazuma also calls for helping hands. Travelers may undertake the investigation into recent mass disappearances of small animals and a mysterious Warrior Dog, rescue these lost critters, and eventually obtain a special Gadget that can replicate forms of some creatures in the Serenitea Pot.

More playable characters will also show up in the upcoming Genshin Impact Version 2.3 update. Both Albedo’s and Eula’s Wish Events will be up for a rerun at the same time, followed by another Wish Event featuring Arataki Itto and Gorou. The new five-star character Arataki Itto is an intrepid man with Oni blood running through his veins. Wielding a giant Claymore and the power of Geo, he can slash empowered Charged Attacks with his unique Superlative Superstrength and transform himself into the Raging Oni King, buffing his attack capabilities while lowering his Elemental and Physical Resistance. The new four-star character Gorou also wields a Geo Vision but favors the bow as a weapon. As the great general of Watasumi Island’s forces, he can provide more buffs to characters on the field with more Geo characters in the party. More character backstories will be revealed through Arataki Itto’s Story Quest or Hangout Events of Gorou and Beidou.

A huge monstrous beast — the Golden Wolflord has appeared as the new boss in Tsurumi Island. The Golden Wolflord is even more dangerous than its subordinates, the Rifthounds and Rifthound Whelps, and has the same ability to apply the “Corrosion” status which constantly lowers the HP of all party members regardless of their shields. Meanwhile, this terrifying beast can summon Rifthound Skulls to shield itself. In the later stage of the battle, the Golden Wolflord can further increase its Attack at the cost of lowering its Resistance to Geo Attacks.

The Genshin Impact Version 2.3 update will be arriving on November 24, 2021. With the cross-save function, players can now continue their adventure across PlayStation, PC, and mobile. The game is available for download on PS4 and PS5 from the PlayStation Store, on Android from Google Play, on iOS from the App Store, and on PC from Epic Games Store or the Genshin Impact official website (genshin.mihoyo.com). First released in September 2020, the game has been rated T for Teen by ESRB on PS5, PS4, PC, and Google Play, and 12+ on iOS.