The Tap Rebels, Atlanta’s first and only professional tap company, will bring their electrifying, energetic moves to both local and international stages within the next few months. On November 6, the all-female company will perform in the third annual Get Up and Dance Showcase at the Windmill Arts Center in East Point. At the end of February 2022, they’ll head to Dubai for their first international performance, where they’ll make use of a new tap invention by founder Vanessa Zabari.

It’s shaping up to be a busy few months for the young company. The November 6 performance will see the tappers revive a piece they haven’t performed for an audience since before the Covid shutdown: Clique, choreographed by company member Teresa Jade. “It’s a great work with great rhythm,” said Zabari. “Audiences always love to see tap. It’s a lost art form . . .  so when we perform, it’s very impactful.”

Clique exemplifies the tight-knit nature of The Tap Rebels (“we’re a tap clique!” Zabari says of the group) with its fast paced steps set to popular hip-hop music. It will be one of many dance works featured during the multi-genre performance. Audiences will see dancers and groups from across the Atlanta community perform, among them Uprising Dance Company, Spirits N Motion and the Atlanta Samba Dancers. The showcase debuted in 2019 and this year, for the first time, it can be experienced both in-person and online. 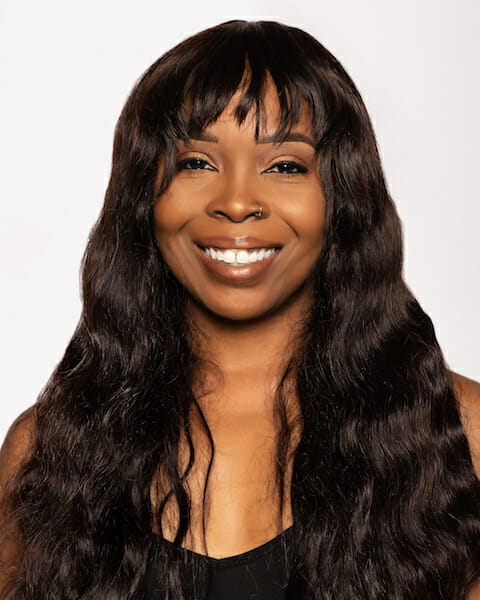 Tap Rebels’ founder Zabari, once homeless, is taking her dance company to Dubai in 2022.

A little over three months after the showcase, the six Rebels will travel to Dubai to participate in Expo 2020 Dubai as Cultural Performers for the USA Pavilion. It’s an honor for any artist, but for Zabari, it’s quite literally a dream come true.

“I’ve been manifesting this since the time I started the company,” Zabari says. “I was like, ‘Oh, we’re gonna be international.’ I wrote it down about 5,000 times.” It’s a dream she shared with the rest of the company, who can be seen reacting to the news on The Tap Rebels’ Instagram page. “We are going to Dubai!” Zabari announced to shouts of joy from the company members, who were quick to embrace one another.

The ensemble will be one of approximately 84 cultural performers representing the United States in Expo 2020 Dubai, which launched October 1 and will run through the end of March 2022. The role of the U.S. Cultural Performers, which include dancers, musicians, artists, athletes and more, is to provide educational and entertaining programming at the Expo while representing their respective regions.

The Tap Rebels will perform twice a day the first week of March, dancing works from their first show, Conversations in Tap, as well as some new pieces.

Considering the theme of the USA Pavilion – Life, Liberty and the Pursuit of the Future – The Tap Rebels couldn’t have picked a better place to put into practice a project Zabari has been working on for over three years: the Zabari board.

“It was born out of me being frustrated one day of not having a tap board,” Zabari says. Tap dancers require a certain kind of flooring for the sound to resonate clearly. “From there, my best friend James Mitchell, who’s an engineer, and I started developing what I wanted in a board. We’re really excited to provide a portable practice board for tappers, and make it as easy as possible.”

Zabari described it as more instrument than traditional tap board, since it is fitted with a mic and lights among other special effects. It will be available for purchase January 2022, she said, a little over a month before its use in the Tap Rebels Expo 2020 Dubai performance. 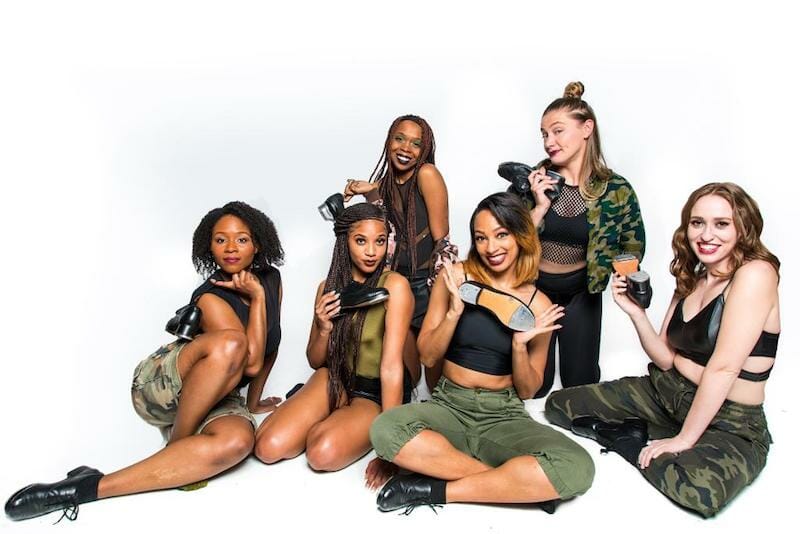 The Tap Rebels show off their tap shoes before heading to Dubai.

From booking an international performance to securing a patent for an invention, it’s safe to say the young company has grown exponentially since its start in 2018. It’s an impressive accomplishment for Zabari, who described the past few years as a dream; just eight years ago, the company owner was homeless, and now she’s taking her company halfway around the world. However, Zabari is quick to say that it wouldn’t have been possible without the help of Dance Canvas founder Angela Harris.

“She was like a cheerleader for me,” Zabari said. “Every time I would see her, she would bring it up, like, ‘you should start a tap company.’ She believed in me so much that I felt like I could do it.”

Backed by Harris, Zabari was able to start The Tap Rebels through the Dance Canvas Company Incubator Program; the company was the pilot participant.  She asked dancers she knew that were proficient in tap to join and held auditions, primarily looking for artists that believed in her vision and were willing to learn. The Incubator Program helped Zabari organize The Tap Rebels’ first show, Conversations in Tap, at Georgia Tech in July of 2019.

From there, the company only grew, performing for audiences across the Atlanta area; no one is prouder of them than Harris, who described herself as their biggest fan. “It’s really rewarding to see them being born out of Dance Canvas because that’s what Dance Canvas is designed for,” Harris said. “I want more of Atlanta to see what they do.”

The Tap Rebels have already accomplished so much in the last three years, but Zabari has no doubt the company will continue to grow from where it is now, with her new goal being touring internationally one day.  “This is our big break . . . but it’s just the beginning,” Zabari said. “I want to see the world, share our gifts and keep tap dance alive. Tapping makes people happy.”

Simona Lucchi is the inaugural ArtsATL Fellow, a year-long annual fellowship designed to mentor a post-graduate aspiring arts writer of color. She is a recent graduate of Kennesaw State University with a double major in dance and journalism. Lucchi is also part of the ImmerseATL dance artist program. Her ArtsATL Fellowship is made possible through a generous gift from National Black Arts.