Our first poetry news of the week takes a look at the 2020 winner of the Queen’s Gold Medal for Poetry, a display of Lord Byron’s personal belongings and the inaugural James Berry Poetry Prize. 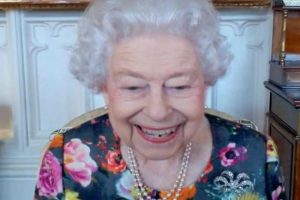 This year, the award ceremony for the Queen’s Gold Medal for Poetry has taken place virtually. The winner David Constantine was at Buckingham Palace with Simon Armitage the Poet Laureate who was the chair of the judging committee. The Queen, was awarding the prize spoke via a video-link from Windsor Castle where she has been carrying our light duties and resting at the recommendation of her doctors.

The Queen was in good spirits, joking with Constantine during the ceremony. She asked him if he would keep his award in a cupboard!

Simon Armitage presented the award on behalf of the Queen and Constantine said that he was be looking forward to showing the award to his grandchildren and children who were waiting at home for him.

Constantine was recommended for the award this for 2020 as a result of his 11 poetry books, including his 2004 Collected Poems which included three decades of his writing.

He was described by Simon Armitage at the time as a “humane poet,” a word that others often use about his work. Constantine has a way of noticing the world around and detailing it, he looks at the best of everything. His work which spans 40 years has stood the test of time when compared to that of his contemporaries not just on a domestic front but all over the world. 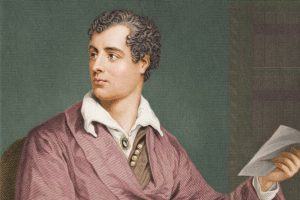 Described as “Mad, bad and dangerous to know” Lord Byron was an English born poet who was raised in Scotland and revered in Greece, the country he lived in during the early 19th century.

Now a collection of his personal belongings will be put on public display at Edinburgh University. These items were predominately collected during the final trip that the poet took to Greece, a country where he felt very much at home where he was a supported of their struggle for independence. Byron died in 1824 in the Greek town of Missolonghi.

The items that will be on display are a testament to the poets relationship with Greece and include a handwritten phrasebook, a certificate which granted him freedom of Missolonghi and the final journal that Lord Byron wrote.

Some of the items in the collection are on loan from the National Library of Scotland.

The exhibition will take place from 29th October and run until 29th January 2022.

Majorie Lotfi, Kaycee Hill and Yvette Siegert have been named as the winners of the inaugural James Berry Poetry Prize. The prize has been created to honour young or emerging Black poets and those from ethnic minorities.

The winners were announced as part of an event which took place online, and each of the winners will not only receive a cash prize of £1000 but also mentoring for a year and also a debut book-length collection, which will be published in 2023.