With dreamy earth tones and an eclectic floral bouquet, Madison and Stephen held a rustic boho engagement session that is totally adorable. Nestled beneath the trees of Mellon Park, these two cozied on up, posing against the quaint architecture of the park and strolling through the blooming greenery that surrounded them. As the leaves changed colors and the seasons transitioned, it was the perfect opportunity to wear some summer-meets-fall attire. The stylish bride-to-be brought a little bohemian flair to these photos with a trendy beige hat, long sleeved black dress, and a dried floral arrangement in shades of dusty mauve, sandy taupe, and sweet lavender. Together, the two were effortlessly cool in front of the camera! Lucky for us, Amber Marie Photography was there to capture the utterly cute connection between these two in a rustic romantic sort of way. Take a scroll through these images to see why we’re smitten! 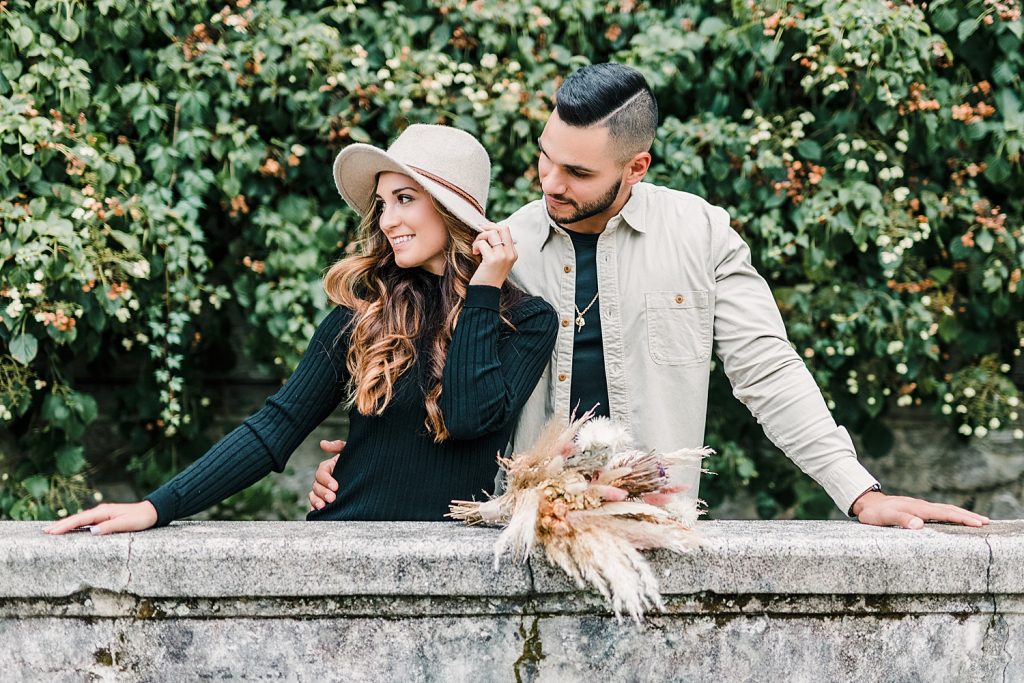 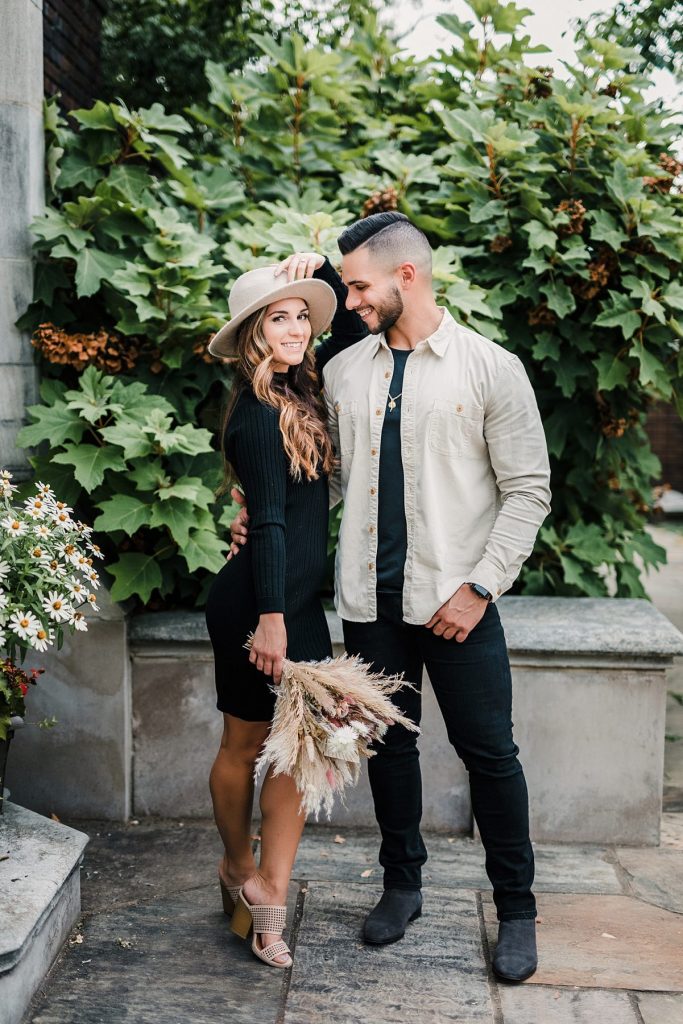 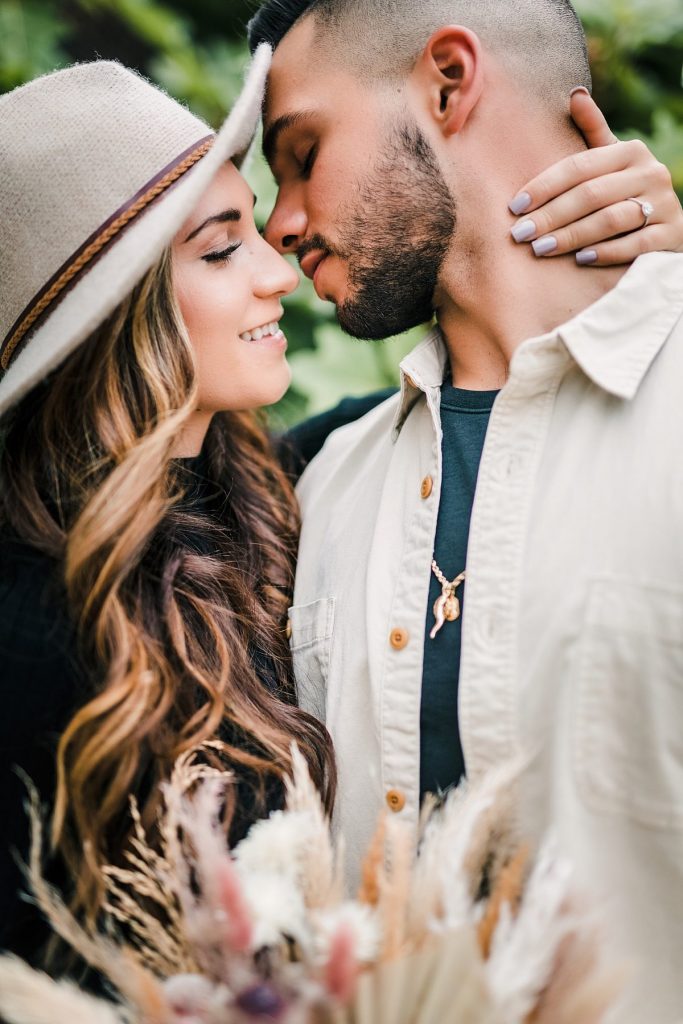 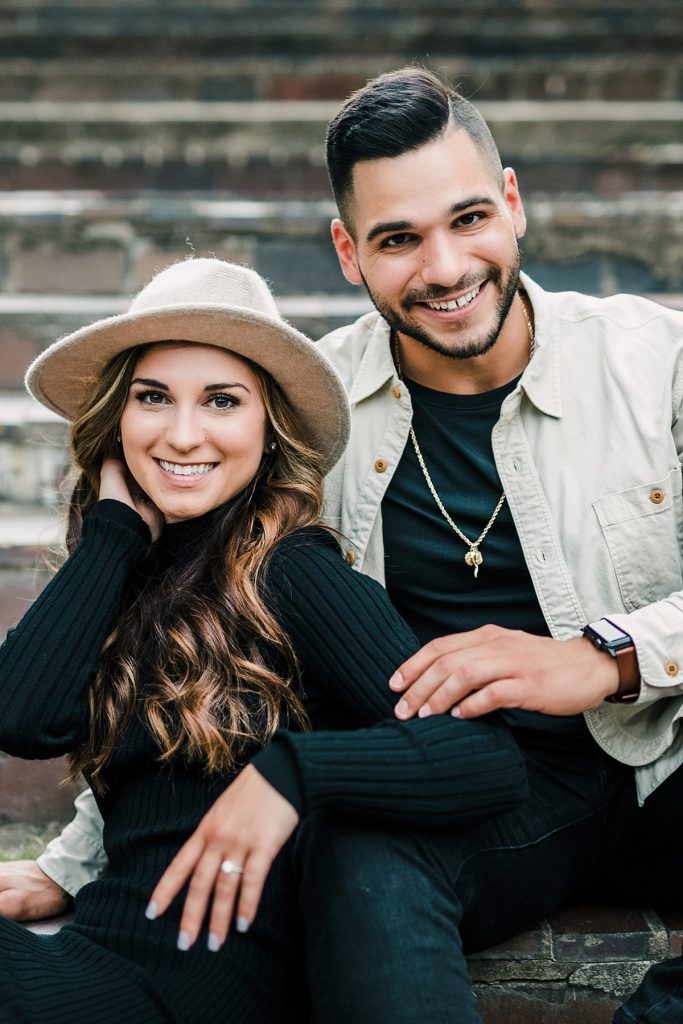 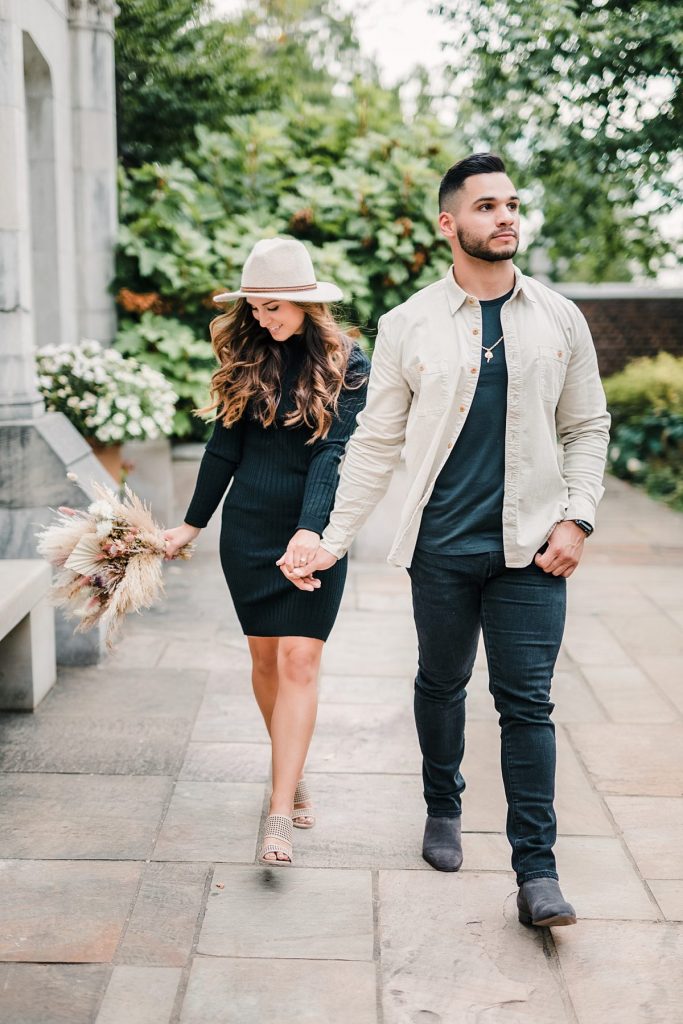 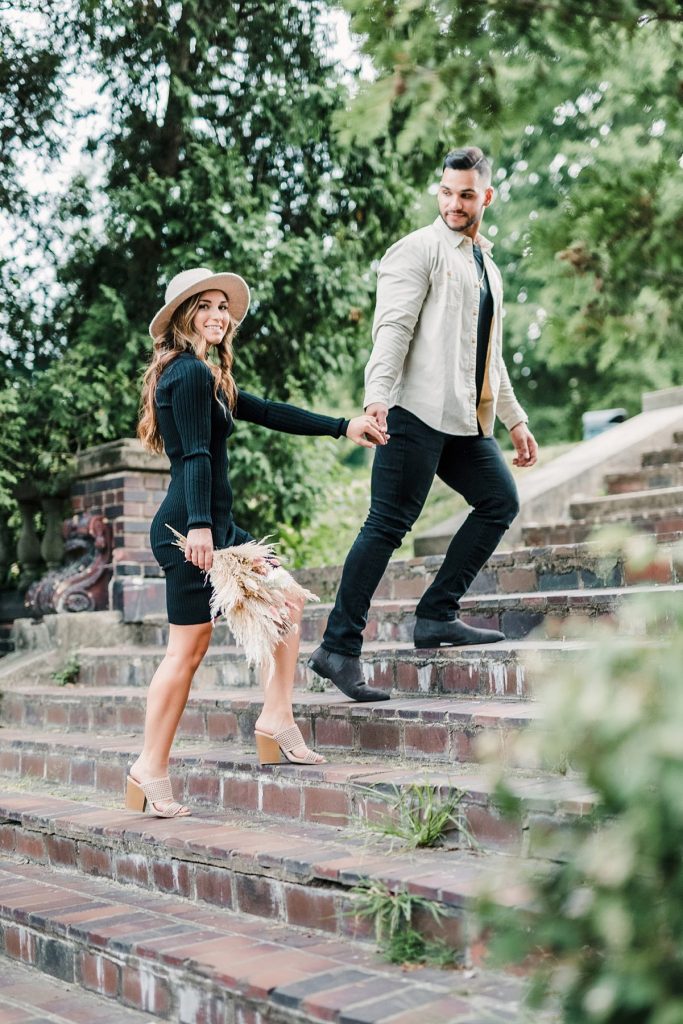 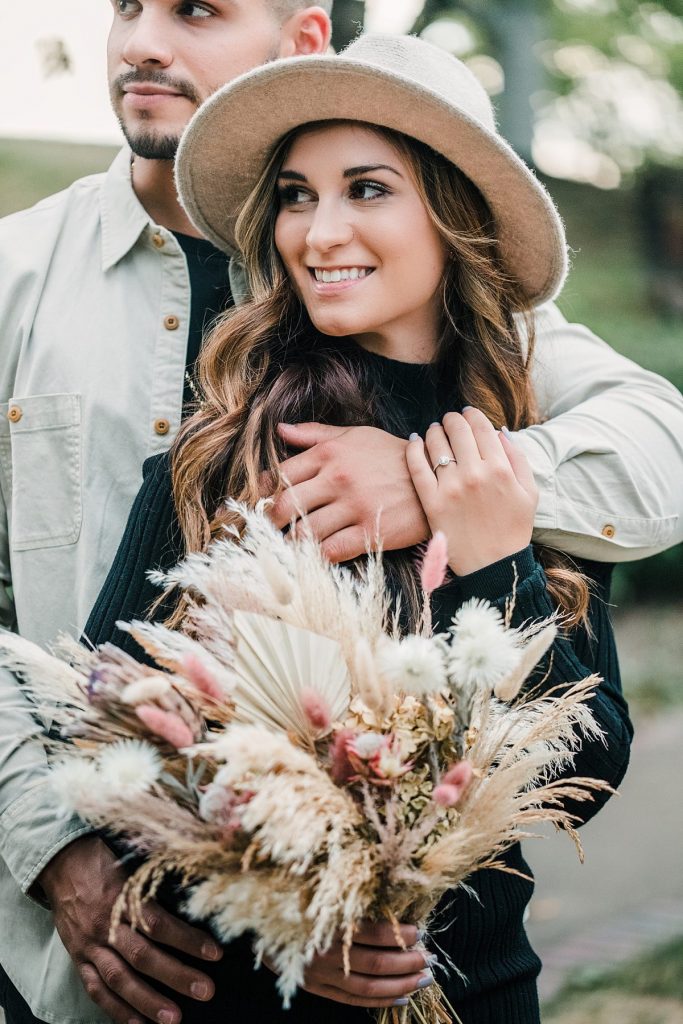 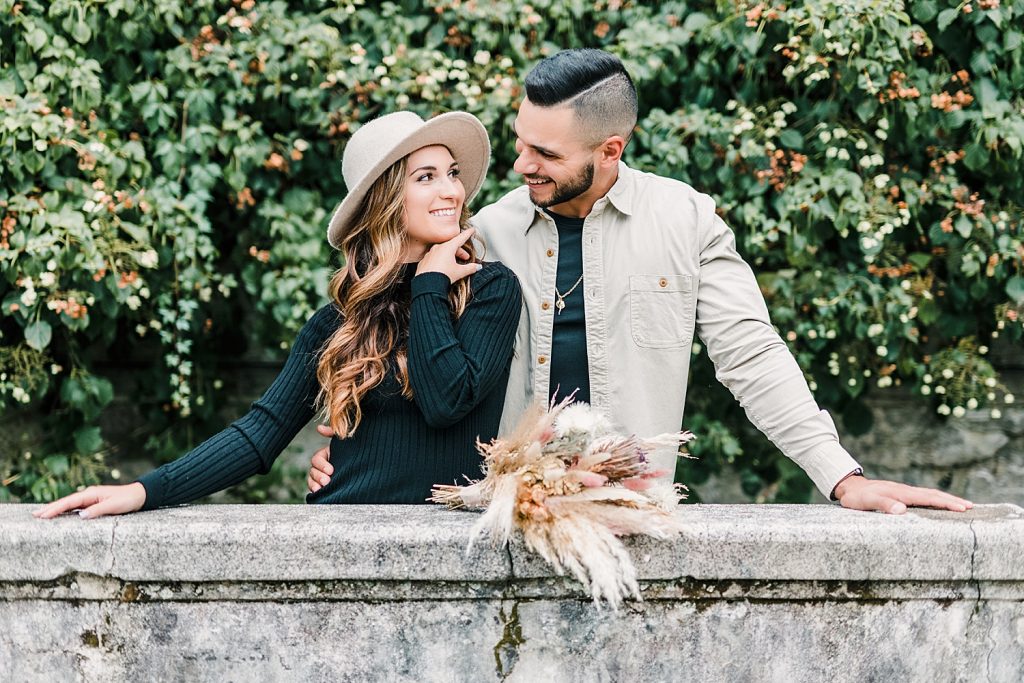 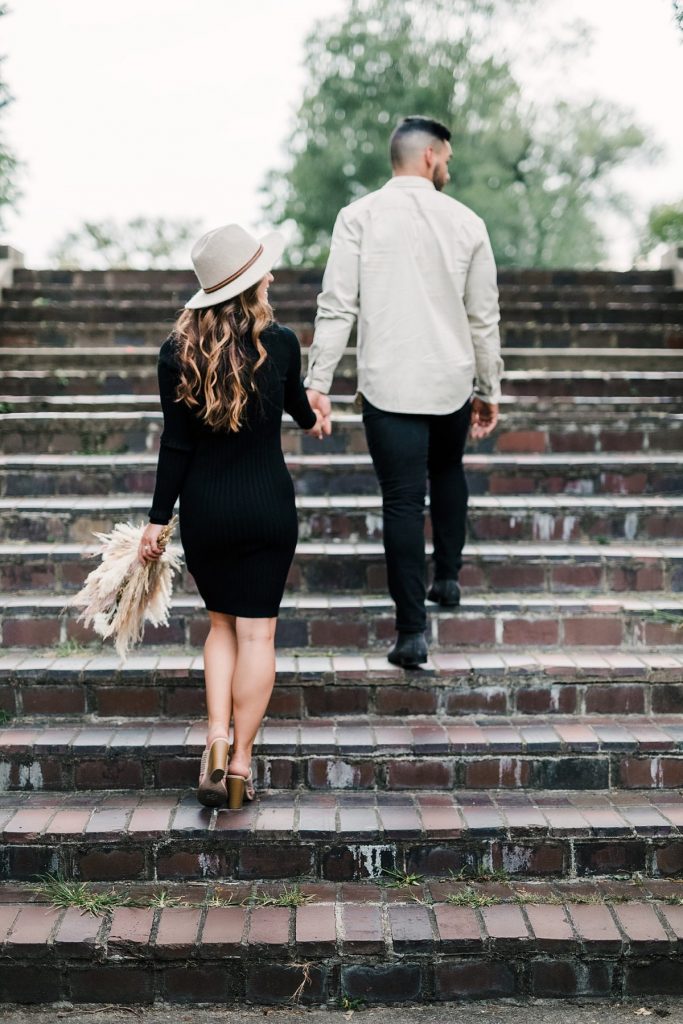 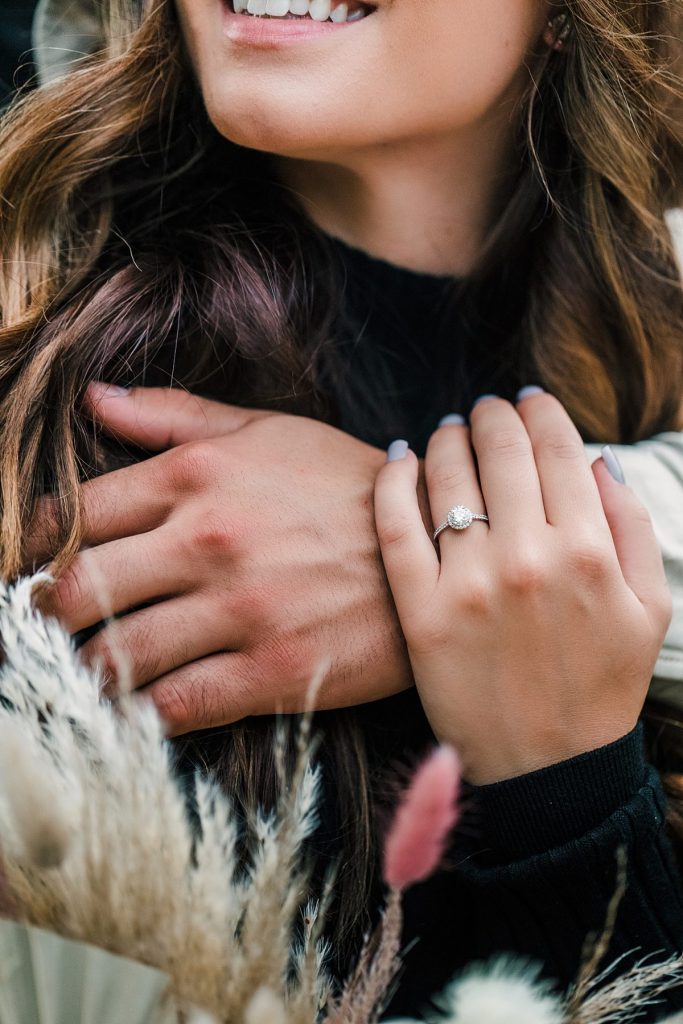 Madison and Stephen actually met through Bumble, believe it or not! They immediately hit it off but it is still up for debate who initiated the first kiss (Stephen says it was definitely her). It turned out that she was neighbors with Stephen’s grandparents for 12 years before they eventually connected.

Fast forward 10 months. Stephen had been circulating some engagement ideas. The initial idea was to propose during their family vacation in the Outer Banks in June 2020 but his excitement could not be contained. Stephen purchased the ring at the beginning of September 2019 and immediately knew he could not wait. Madison has planned a weekend trip for them to a bed and breakfast in Sharon, PA and an hour across the border, they had a wine picnic planned in the vineyards at Pine Lake Winery. Stephen secretively got in touch with the director and coordinated a plan to propose in the vineyards. She came over to them as they were setting up their picnic blanket and asked if she could take their picture for the winery’s newsletter. After getting a few pictures, Stephen suggested one last pose and as Madison fixed her hat and her hair and smiled at the camera, she turned to find Stephen down on a knee. She didn’t know what hit her! She even had to put down her wine! 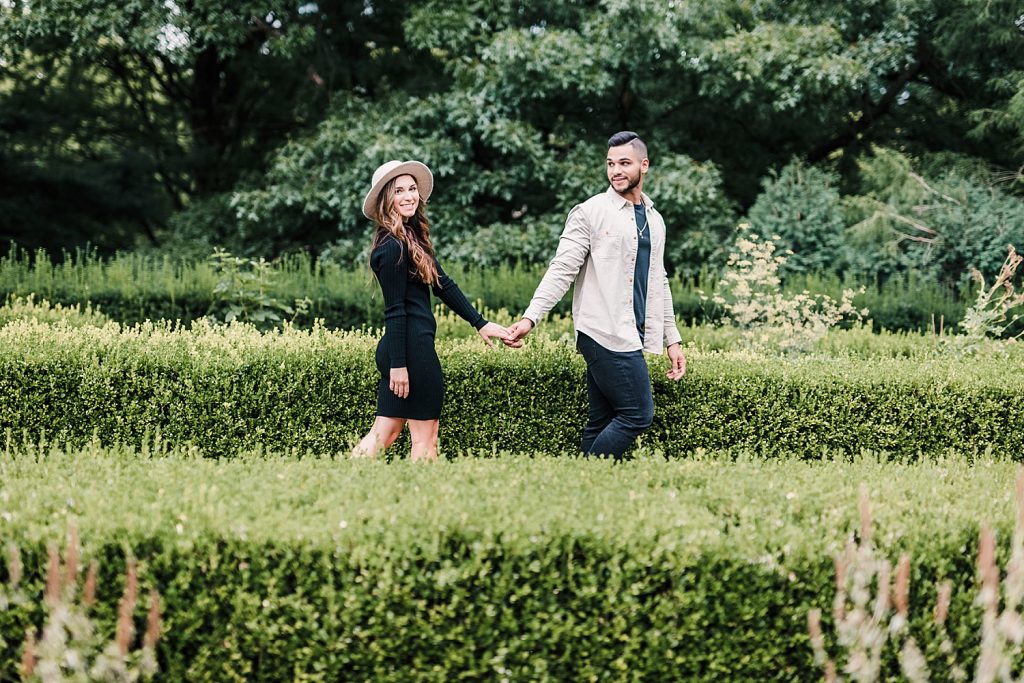 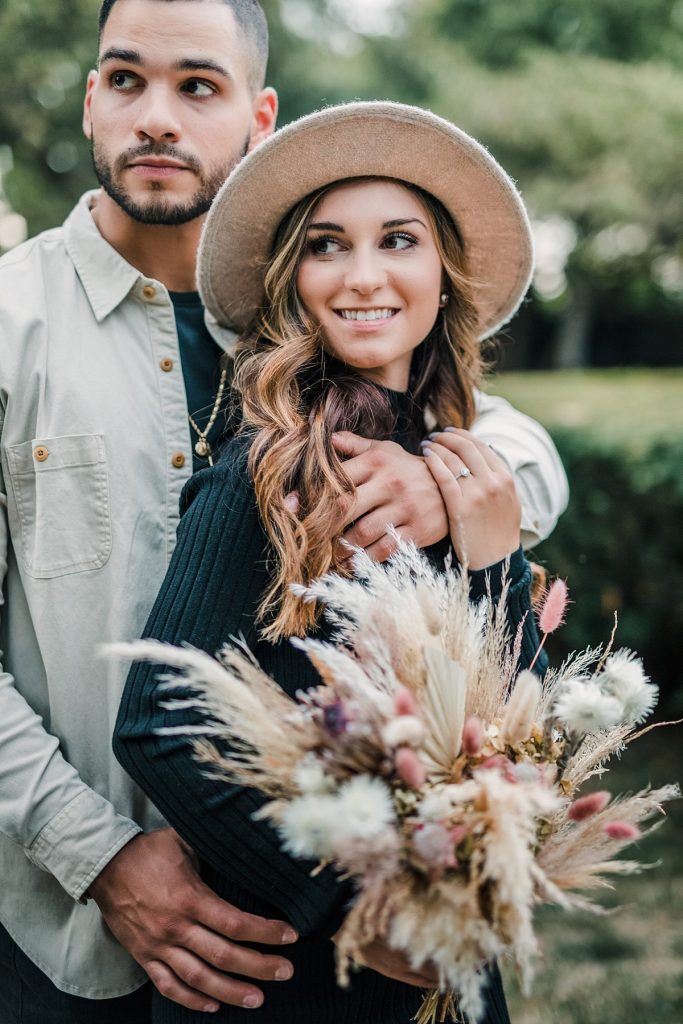 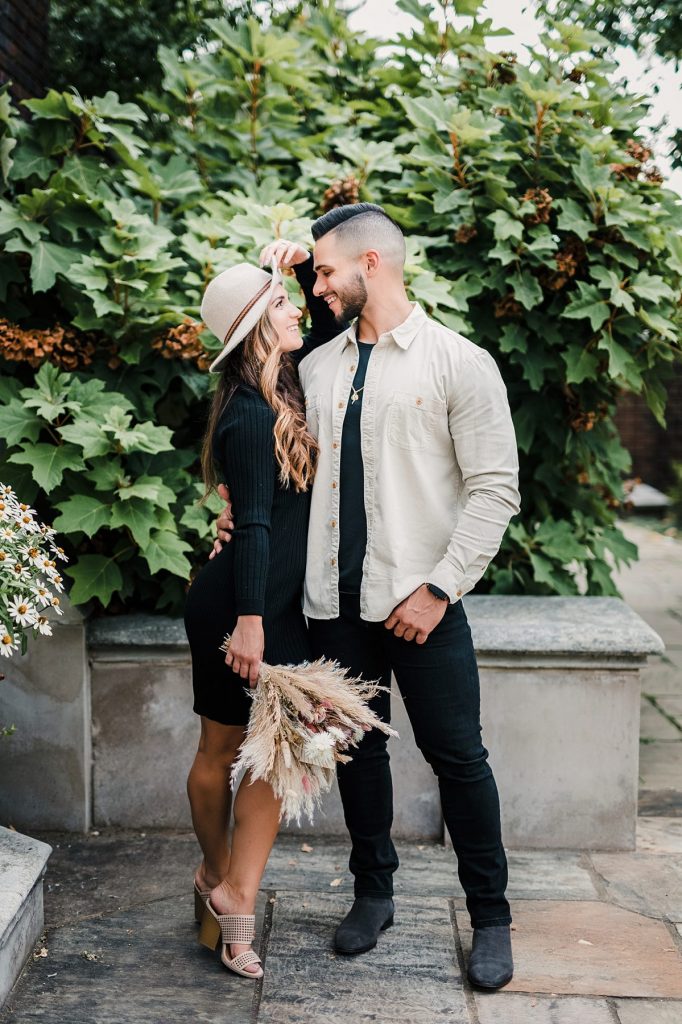 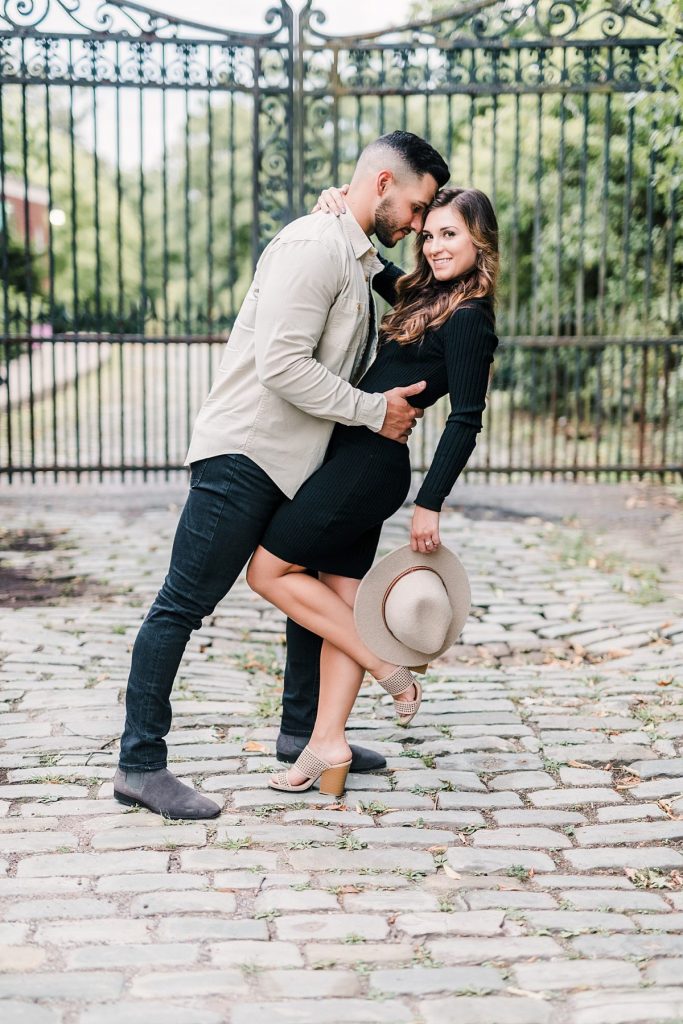 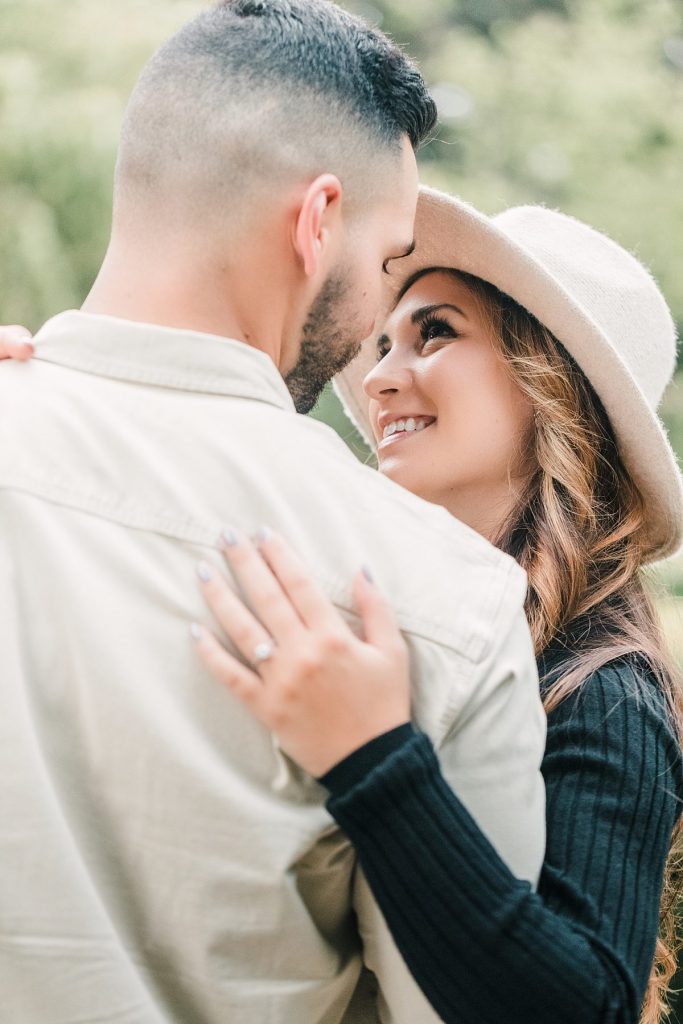 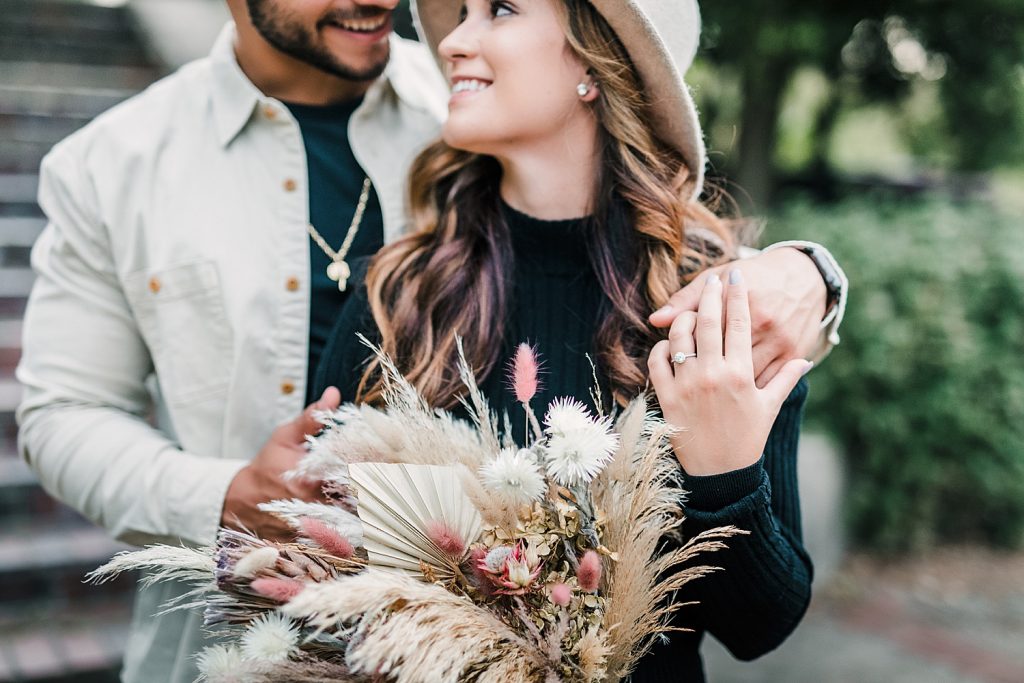 The engagement session took place in Mellon Park, a beautiful rustic green setting in the heart of Pittsburgh. Their wedding ceremony and reception took place at The Pennsylvanian in downtown Pittsburgh, so we were looking for something a little more rural but close to home for the engagement session. What was unique about this session was how naturally it came to them! Madison says, “I wish we could have Amber as our permanent photographer! She truly knows how to bring out the genuine love of one another through photographs. It’s that feeling you have for one another that you don’t know how to describe to someone else, but she is able to capture that in a permanent moment that we get to cherish forever!” 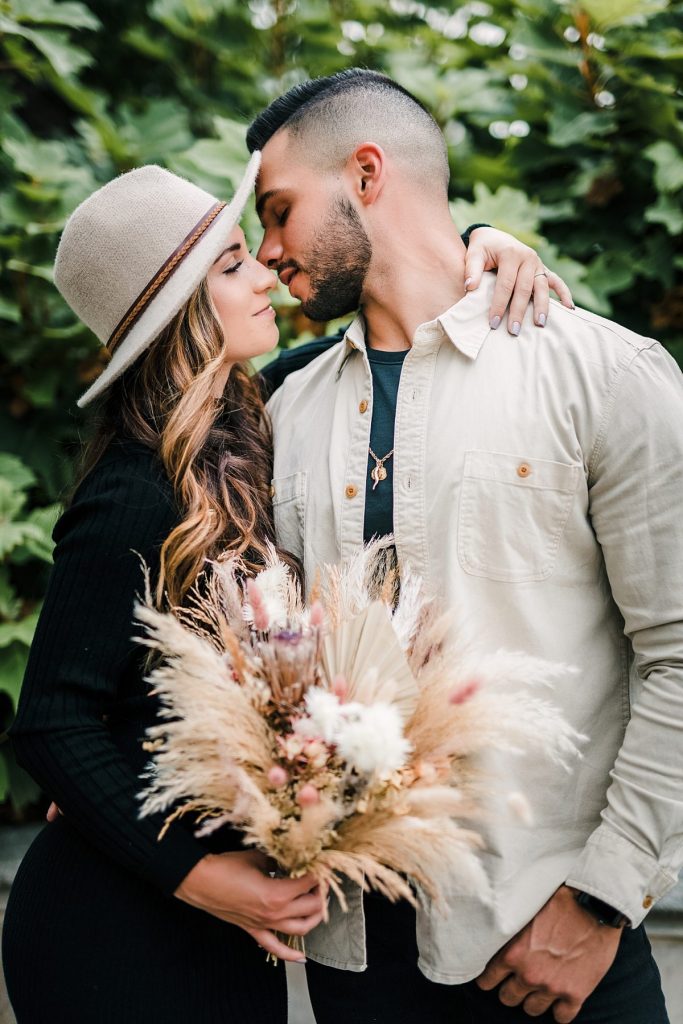 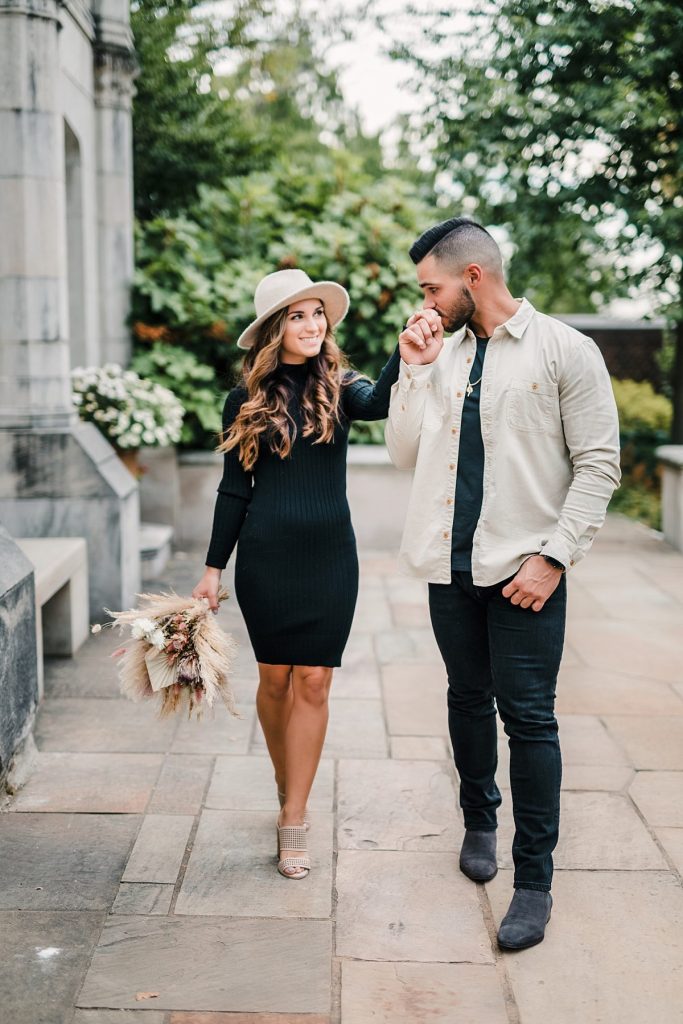 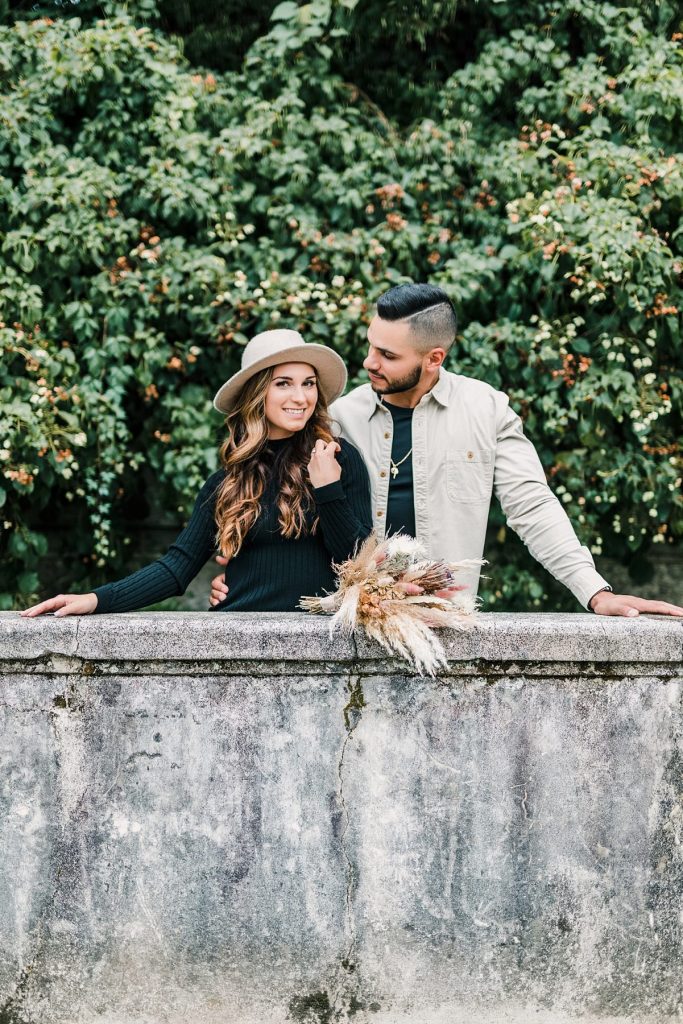 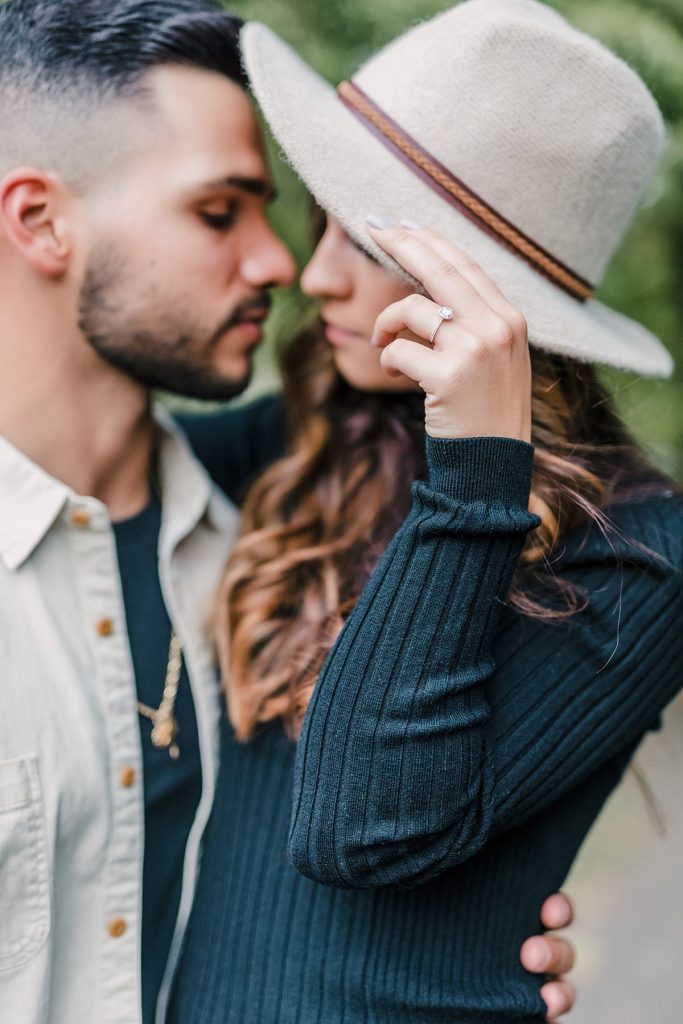 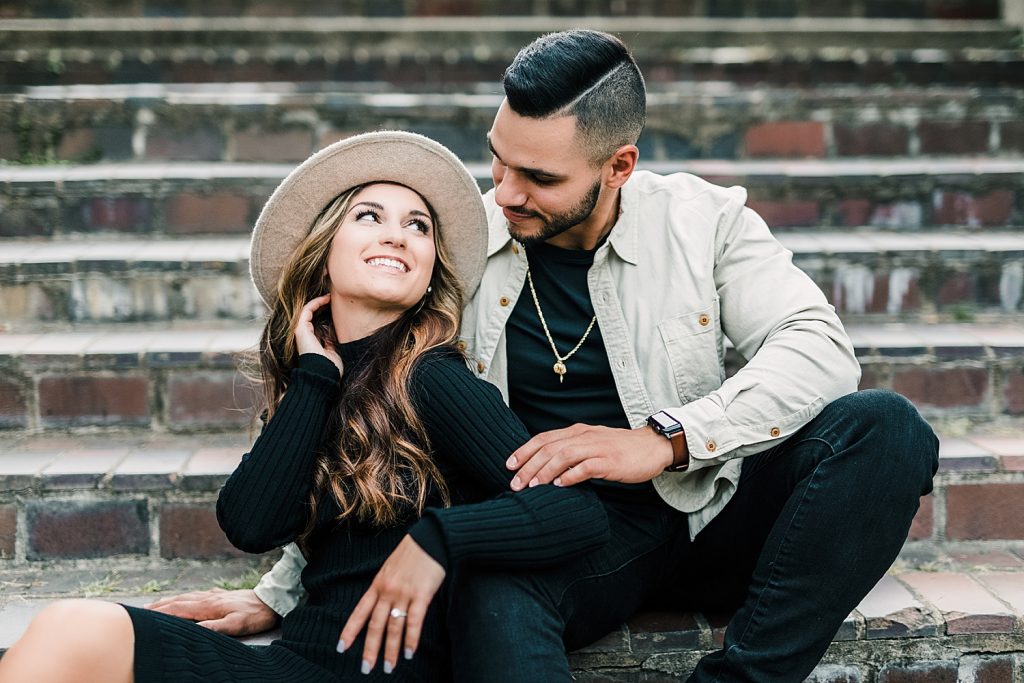