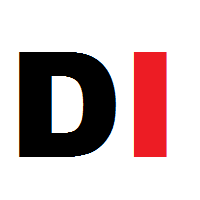 Unsuccessful gTLD applicant DotConnectAfrica has been handed what may prove to be the final nail in the coffin for its failed .africa bid.

A California appeals court has upheld ICANN’s lower-court victory over DCA in its entirety, ruling that the .africa applicant had a two-faced legal strategy that saw it first argue that it did not have a right to sue, but then suing anyway.

After having its .africa application rejected by ICANN due to lack of African government support in 2012, the following year DCA filed an Independent Review Process complaint against ICANN.

One of its key arguments in that case was that it, along with every other new gTLD applicant, had been forced to sign a legal waiver, preventing them from taking ICANN to court.

When it was handed a partial victory in the IRP, sufficient to embarrass ICANN but not enough to have .africa reassigned, DCA was one of a few parties who ignored the legal waiver and sued anyway, in 2016.

Now, the California appeals court has confirmed a lower court ruling that this violated the rule of “judicial estoppel”, which prevents a party switching between two diametrically opposing arguments to suit their strategy at any given time.

“DotConnect took two contrary positions. It told the arbitrators on the Independent Review Panel it could not sue in court. DotConnect then sued in court,” the three judges wrote.

They added that the “text of that litigation waiver was unequivocal, unconditional, and unlimited.”

The ruling describes the .africa case in pretty much the same way as I have for the last decade — DCA didn’t have government support when it applied for the gTLD and ICANN was well within its rights to throw out the application under the program’s rules.

ICANN was handed a thoroughly comprehensive victory, in other words, and awarded costs.

Is this the end of the .africa case? Given DCA boss Sophia Bekele’s apparent fondness for the sunk cost fallacy, who knows?

While all these legal shenanigans have been ongoing, .africa has been delegated to and launched by ZA Central Registry, which had the support of the African Union following an RFP that DCA refused to participate in.

There are about 30,000 .africa domains under management today, which is not terrible for a new gTLD.

The 30-page appeals court ruling (pdf) was made September 20 and ICANN published it this week.