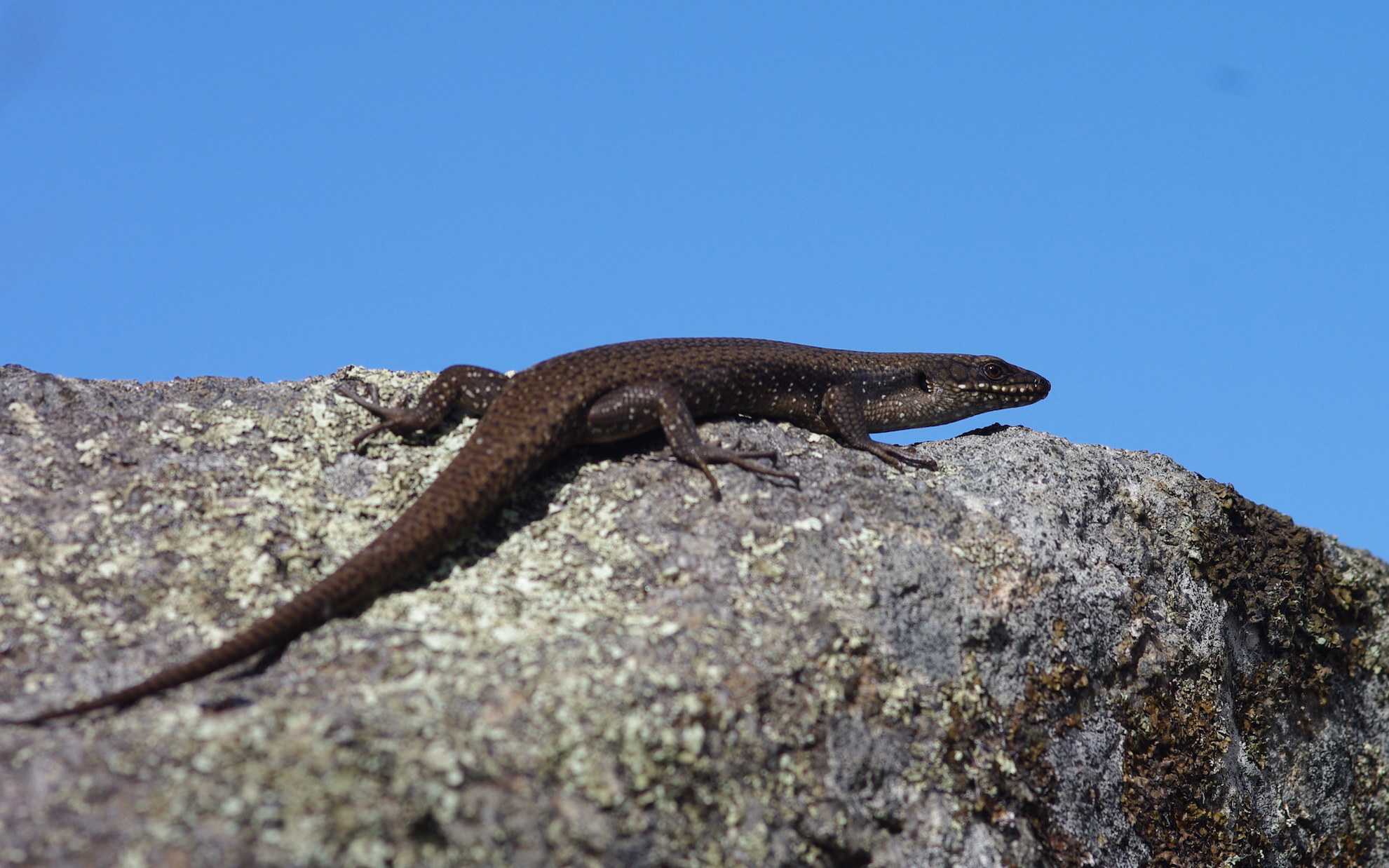 Female Tree Skinks can reproduce even when they have not encountered a male for more than a year, by storing sperm from previous mates, according to new research.

Female Tree Skinks can reproduce even when they have not encountered a male for more than a year, by storing sperm from previous mates, according to new research.

The discovery, made by researchers from Macquarie University and Dalhousie University in Canada, is the first evidence of this type of reproductive behaviour among social lizards.

Tree Skinks (Egernia striolata) are typically monogamous and live in family groups. The researchers separated females from males for a completely different study. To their great surprise, some females gave birth more than a year later and some offspring were fathered by a male that was not the female’s partner.

The study published in the Journal of Heredity suggests that the female sperm storage may be a kind of genetic ‘bet-hedging’, reducing the risk of inbreeding and enhancing offspring survival by electing to mate with more genetically diverse males than their main partner.

Mating outside the pair poses risks to a female Tree Skink, with the possibility of being caught in the act, or the offspring being rejected by their partner. “Being able to store sperm from these encounters for long periods of time likely provides reproductive advantages for females”, says Dr. Julia Riley from Dalhousie University’s Department of Biology.

A co-author of the study, Professor Martin Whiting from Macquarie University’s Department of Biological Sciences, says that the findings highlight the unappreciated control that females have over reproduction and maximising their own reproductive fitness.

“Future research could address how widespread sperm storage is in lizards, how the female’s reproductive tract enables the sperm to remain viable after so much time, and under what conditions females seek paternity beyond their partner,” says Professor Whiting.

“This research highlights how even well-planned studies sometimes take an unexpected turn and lead to exciting new discoveries. We now know that female Tree Skinks, already famous for family-living, are likely one-step ahead of their male partners.”