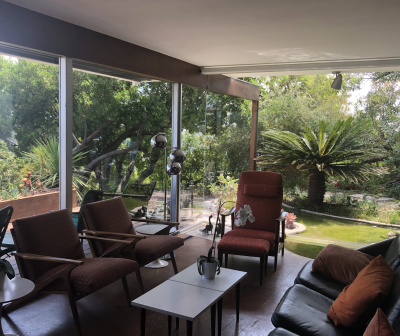 As the pandemic wore on, I was casting around for a project to pursue in and around Los Angeles. My ever-brilliant editor, Daniel Zalewski, nudged me in the direction of the architect Richard Neutra, whose story I had been exploring as I delved into the German-speaking émigré world in Los Angeles. The project ended up becoming a full-time obsession, as I looked at around three hundred buildings from the outside and toured around fifty of them— not only the work of Neutra but also that of Rudolph Schindler, Frank Lloyd Wright, Irving Gill, J. R. Davidson, Gregory Ain, Raphael Soriano, Harwell Hamilton Harris, and various others. Although I could make use of only a fraction of what I saw, the entire adventure proved richly rewarding — a deeper education in this vast, mysterious metropolis. Deep thanks to Daniel, copy-editor Andrew Boynton, and fact-checkers Anna Boots and Alex Brady.