A year ago, Subaru of America teamed up with the renowned photojournalist Stuart Palley to share real-world footage and pictures of the forest fires that devastated the state of California. The spot was part of their Forester Re-Foresting Project; in partnership with the National Forest Foundation (NFF), the brand committed to replanting half a million trees in areas hit by wildfires within the next four years.

2020 would see the worst wildfire season in California history, with 31 people killed and 4.1 million acres burned. Researchers at Stanford estimated that hundreds would die from the smoke and poor air quality following the fires. Several factors, including hot temperatures brought on by climate change, led to an unprecedented year. The climate crisis isn’t on the horizon—it’s already here.

Now, companies and corporations around the world are waking up to that reality, and some are implementing changes to help combat or curb climate change. Photographers can also help lead the charge by capturing visuals that underscore the urgency of addressing the climate crisis. In this article, we’ll dive into how you can confront these pressing environmental issues head-on, including when you’re shooting for your Licensing portfolio. 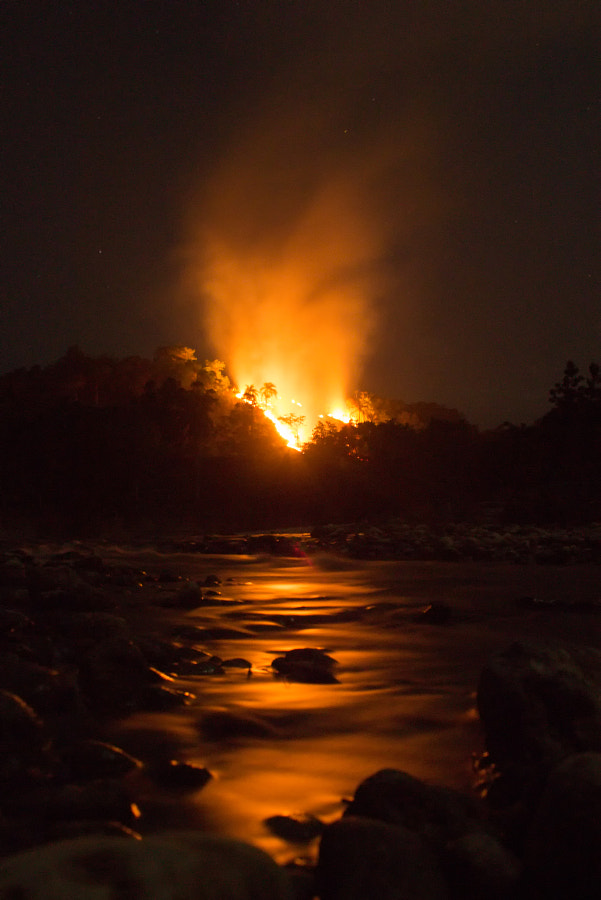 The climate crisis could displace 1.2 billion people by 2050, according to a recent report. Around the globe, we’re witnessing the ravages of extreme weather events, from the three billion animals killed in the Australian bushfires of 2019-2020 to the five million people displaced by Cyclone Amphan in Bangladesh and India. In July of 2021, Western Europe was hit by extreme flooding, with the death toll exceeding 125. As of this writing, thousands are fleeing wildfires in Greece and Turkey.

In Canada, where 500px is based, an estimated one billion marine animals died along the Pacific coast during a heat dome, as temperatures on the shore soared to 122 degrees Fahrenheit. Meanwhile, much of the town of Lytton, British Columbia, perished in a wildfire over a span of about fifteen minutes. The public can no longer afford to ignore these tragedies, and neither can the corporate world. 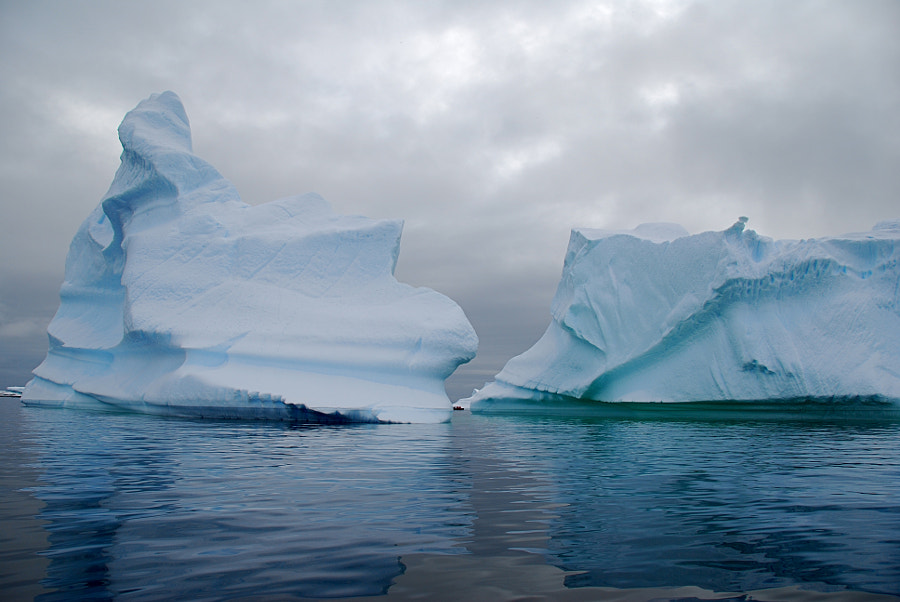 A new language in advertising

In 2020, Getty Images partnered with Climate Visuals to create Visualising Sustainability Guidelines, a set of practical recommendations to help brands find visual content that communicates their commitment to sustainability and inspires change. Their research revealed that, even during the global pandemic, climate and sustainability were key issues for consumers. 91% of survey respondents said that they believe the way we treat our planet today will have a large impact on the future; 85% are worried about air pollution, and 69% said they do everything they can to reduce their carbon footprint. To coincide with the public’s commitment to doing better, searches on Getty Images for “recycling” went up by 148%.

As more brands make commitments to go carbon-neutral (or even carbon negative), marketing has begun to look different than it did just a few years ago. Earlier this year, The New York Times covered Clean Creatives, a pledge signed by ad agencies who committed to no longer working for fossil fuel companies. Meanwhile, publications like The Guardian and the British Medical Journal stopped or limited their acceptance of fossil fuel ads. The marketing world is finally taking a stand, and that’s a trend that’s likely to continue. 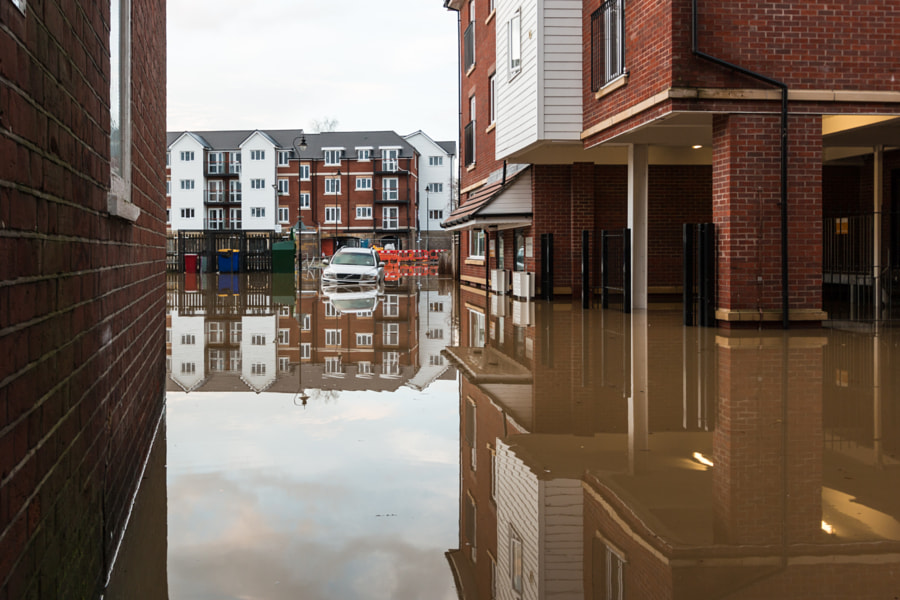 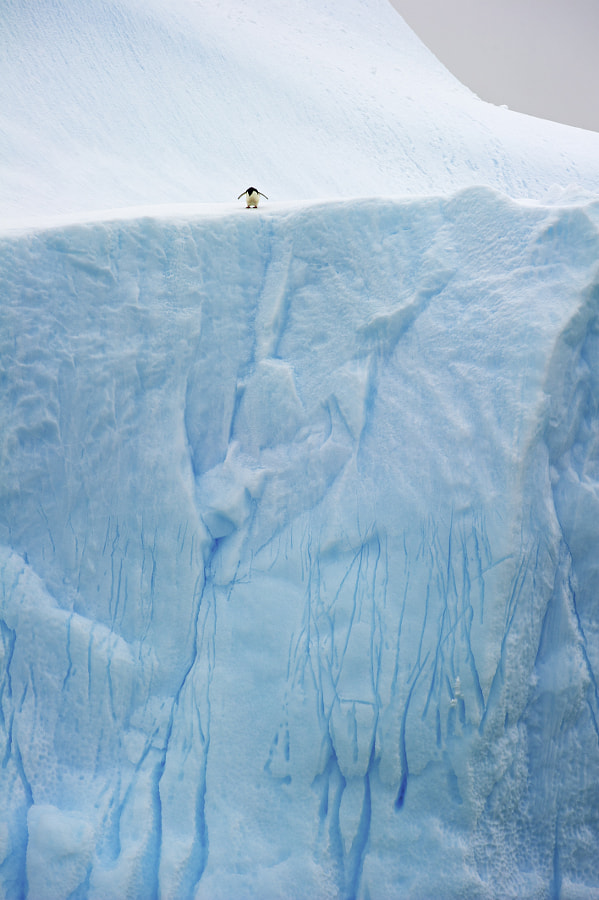 An important note on safety

Photojournalists who document disasters have extensive training, and it’s extremely dangerous to attempt this kind of work without the right expertise, experience, and equipment. Photographers who do this not only put themselves in harm’s way, but also endanger the first responders who are doing their jobs. There are many ways to illustrate climate change and speak to these themes without being on the frontlines or putting yourself, and others, in danger. Be smart, and always make safety your top priority. 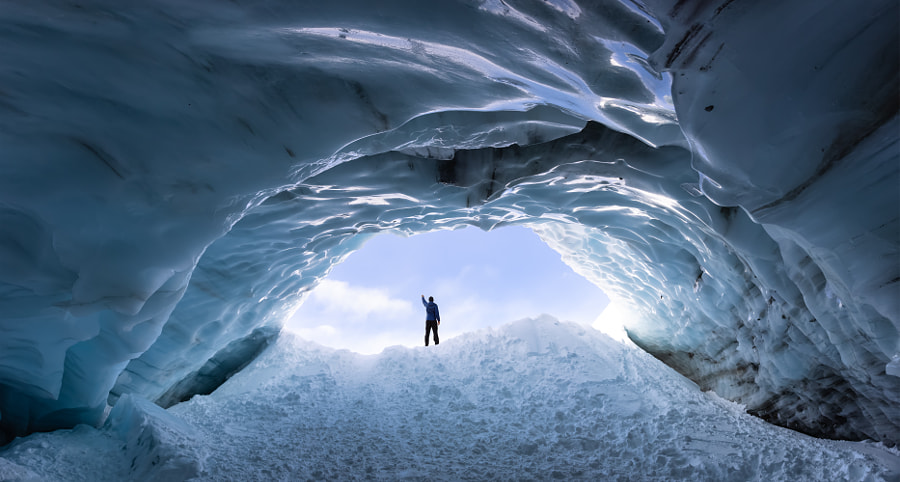 Putting a face to the climate crisis

There’s no shortage of climate change-themed stock photos, including pictures of cracked earth and dead trees, but it’s harder to find pictures that incorporate a human element. With so many of us affected by climate change, consider ways to include people and models in your images. That might mean collaborating with a tree-planting organization to document the work they’re doing to offset climate change, or it could mean photographing your own family and highlighting the everyday choices you make to reduce your carbon footprint. 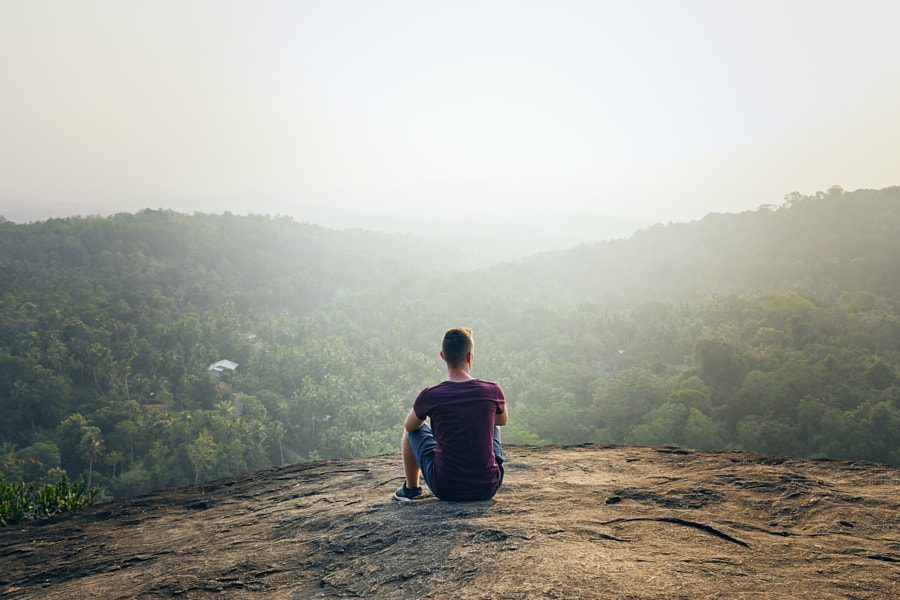 Of course, humans aren’t the only ones harmed by extreme weather events. As we’ve seen recently in Australia, California, and the Amazon, wildlife bears the brunt of wildfires, and many species will face long-term consequences. Domestic animals also suffer due to climate change, from pets to farmed animals. In 2018, for instance, an estimated 3.4 million chickens and 5,500 pigs were killed during Hurricane Florence in the United States. 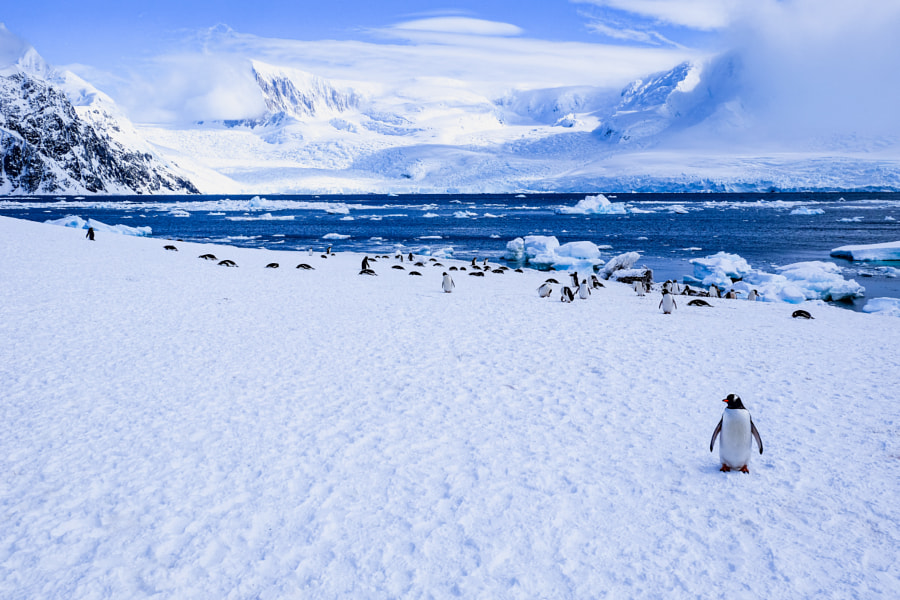 Revealing the cost of climate change to human and animal life can take many forms. For photojournalists, it could mean going to the frontlines of these disasters and covering their consequences. But commercial photographers can also play a role by helping brands make changes and honor their commitments to the environment. To give a face to climate change, start by telling the stories of the people and animals* in your life and community. 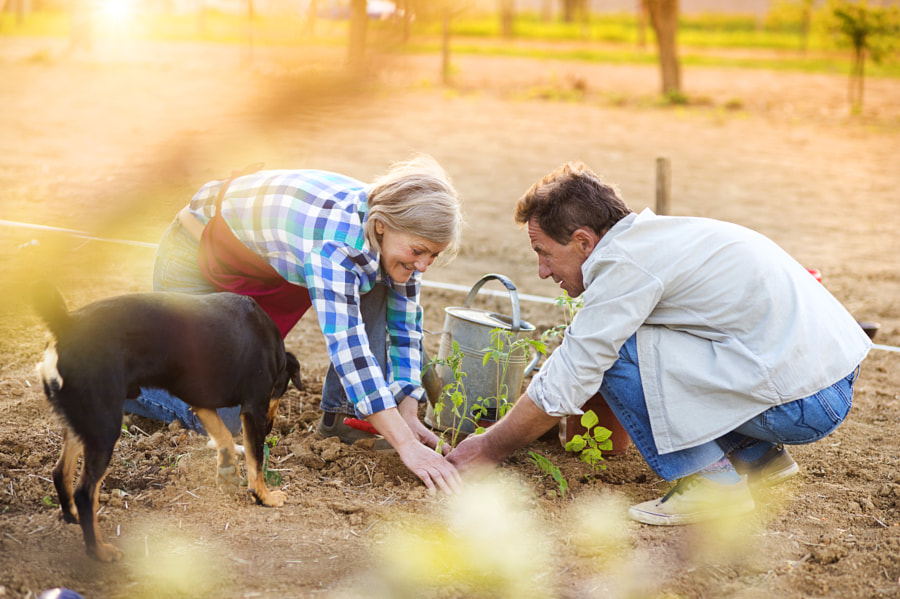 One thing to keep in mind—if you’re shooting for your commercial Licensing portfolio, you need a release for any recognizable people and properties featured in your photos. That includes interiors and also some exteriors; if your picture features fewer than three buildings, or if one building is the main focus of a photo, for instance, a property release is necessary. Other things to avoid would be logos, branded signs, art and statues, ID tags or identification numbers, and license plates, as these aren’t suitable for commercial photography. 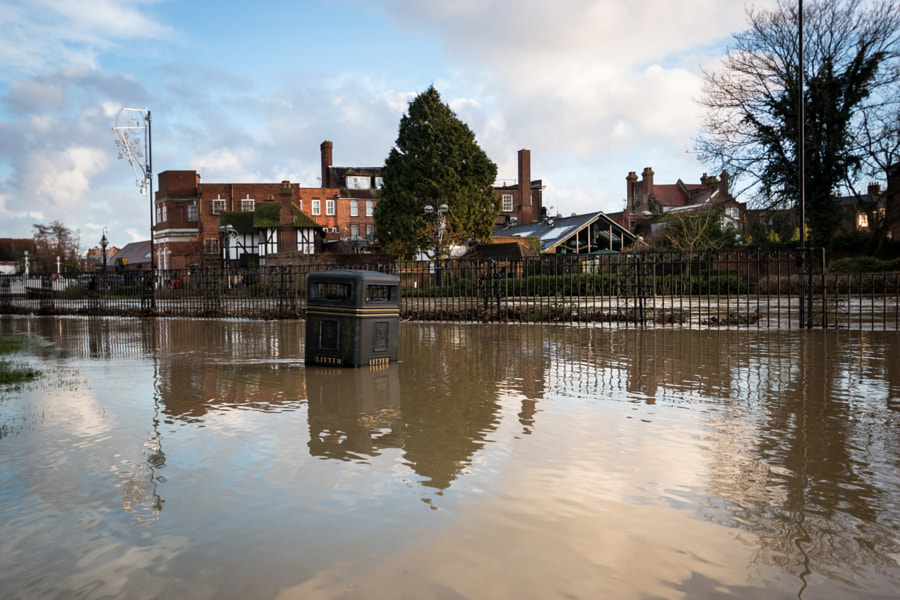 Visualizing climate change in commercial photography will vary based on your location. You could team up with a local conservation group to ethically photograph native wildlife who might be affected by rising temperatures. If you’re in a city, you might juxtapose the natural world and the man-made world to highlight our influence over the environment. If you live in a town experiencing unpredictable weather, you could photograph the aftermath of one of these events. Once, you had to travel to the far reaches of the earth to document the effects of climate change. In 2021, we can find them right at our doorsteps. 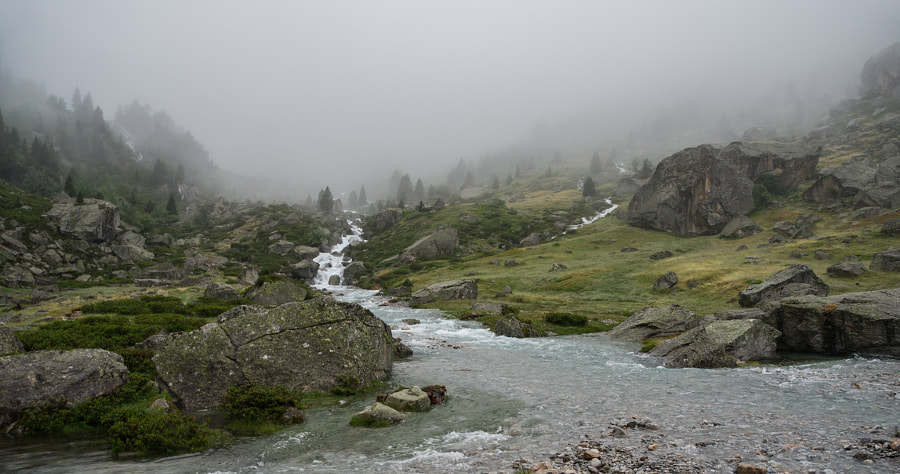 *If you ever encounter an animal in danger or trouble, stop what you’re doing and contact a wildlife rehabilitator or sanctuary in your area. They’ll be able to advise you on what you can do to help.

Not on 500px yet? Click here to learn about Licensing with 500px.