Samsung Galaxy M22 has received a support page on the Samsung Russia website, suggesting that the smartphone could arrive soon in the country. The much-awaited Galaxy M-series of smartphones have made multiple appearances online in the form of leaks. The lineup includes the Galaxy M22 smartphone that has been floating around the rumor mill for quite some time now. Regrettably, the support page does not confirm the moniker or reveal the phone’s specifications. 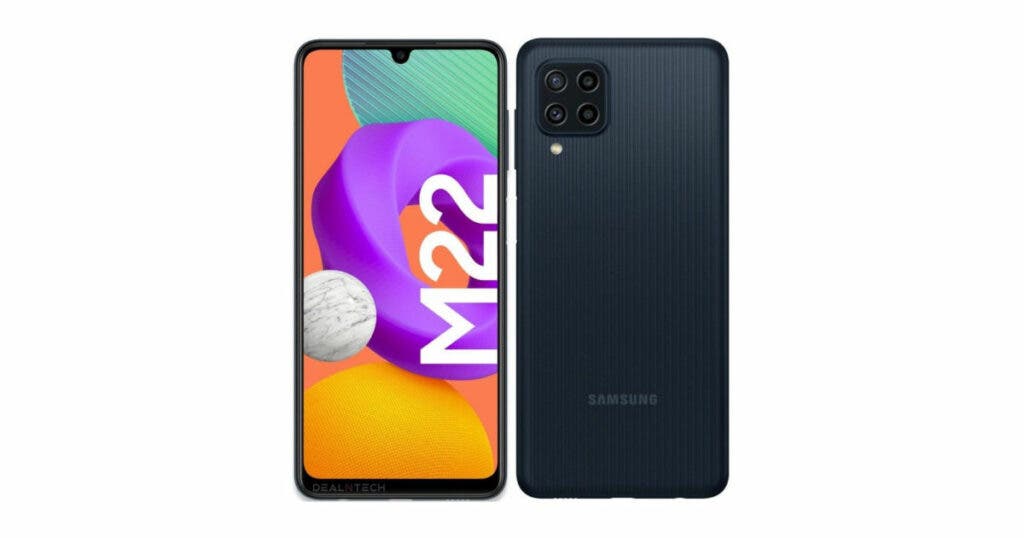 Earlier this year, a series of Galaxy M22 renders appeared on the web, revealing some key specifications. It was speculated at the time that Samsung plans to launch several smartphones, including the Galaxy M22, in 2021. The phone was spotted on Thailand’s NBTC certification website carrying model number SM-M225FV. Although it is a budget phone, the Galaxy M22 offers sufficiently good hardware specifications. Samsung launched Galaxy A22 and Galaxy F22 budget smartphones earlier this year.

While the support page does not divulge any specifications, it revealed that the phone carries model number SM-M225FV/DS. The Galaxy M22 appeared on Geekbench and FCC certification websites bearing the same model number. The Geekbench listing suggests that the Galaxy M22 will pack an octa-core Helio G80 chipset under the hood. The processor will be paired with 4GB of RAM. Furthermore, the device will run One UI 3.1-based on Android 11 OS out of the box.

The Galaxy M22 will come with a 6.5-inch Super AMOLED display that delivers an HD+ resolution of 1600×720 pixels. Aside from that, Droid suggests that the display will offer a 90Hz refresh rate. On the photography front, the device is tipped to house four rear-mounted cameras. This could include a 48MP main camera, an 8MP ultrawide camera, and two 2MP macro and depth sensors. Upfront, the phone is likely to feature a 13MP selfie camera. Earlier this year, a set of renders of the M22 surfaced online, confirming the quad-camera setup. Moreover, the renders suggested that the phone will have a punch-hole display.