In the second half of 2021, the frequency of launching new smartphones has increased. And though there have been released many amazing products in past two months, wait for more in the coming months. On September 6, Nubia will hold a new product launch conference. At the event, the company will uncover the Tencent Red Magic 6S Pro gaming smartphone. As the launch date is getting closer, it’s logical that the manufacturer releases more posters and discloses more key features these days.

Today, we got a few posters that reveal several features of the Red Magic 6S Pro gaming smartphone. Say, we already know that the series will have a deuterium transparent version. Judging from the photo, the machine adopts a translucent body + RGB design. So it has a sci-fi appearance. 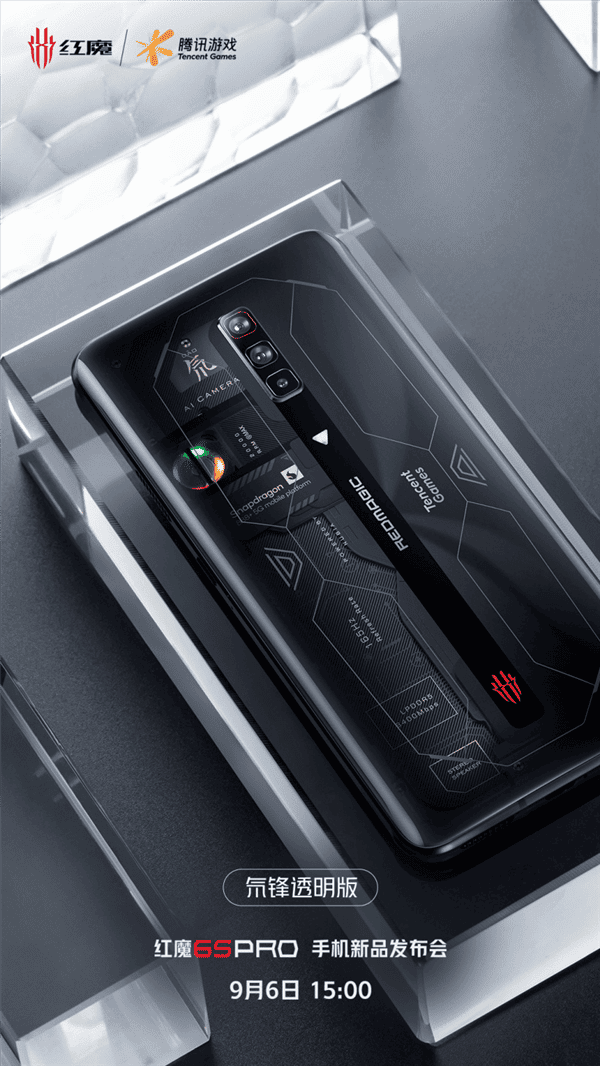 Apart from this, we learned that it will have a 4500mAh dual-cell battery, which will support a 120W air-cooled fast charging. Moreover, inside the packaging, we will find a 120W Gallium Nitride (GaN) charger. As the company proves, the Red Magic 6S Pro can fully charge the battery in only 17 minutes.

It is worth noting that the Red Magic 6S Pro and the Red Magic 6 Deuterium Front Transparent Edition both use 4500mAh batteries. The latter adopts a new charging separation mode. Due to this technology, it can effectively extend battery life. 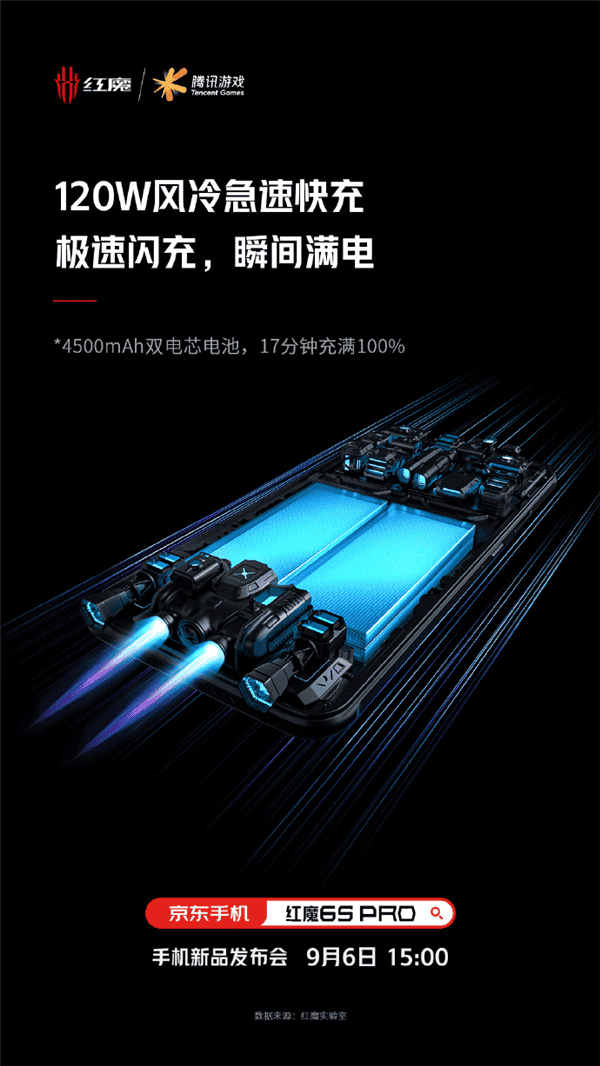 In terms of performance, the Red Magic 6S Pro will come with the Qualcomm Snapdragon 888 Plus processor. The screen supports a 165Hz high refresh rate and a 720Hz screen touch sampling rate. At the same time, the screen click response time is only 7.4ms.

As for heat dissipation, in addition to the cooling fan, the Red Magic 6S Pro also uses an aerospace-grade phase change heat dissipation material-n-21H44. According to data, n-eicosane C21H44 is a compound with a melting point of about 39-41°C. It is insoluble in water and can realize stable temperature rise control and bid farewell to frequency reduction. 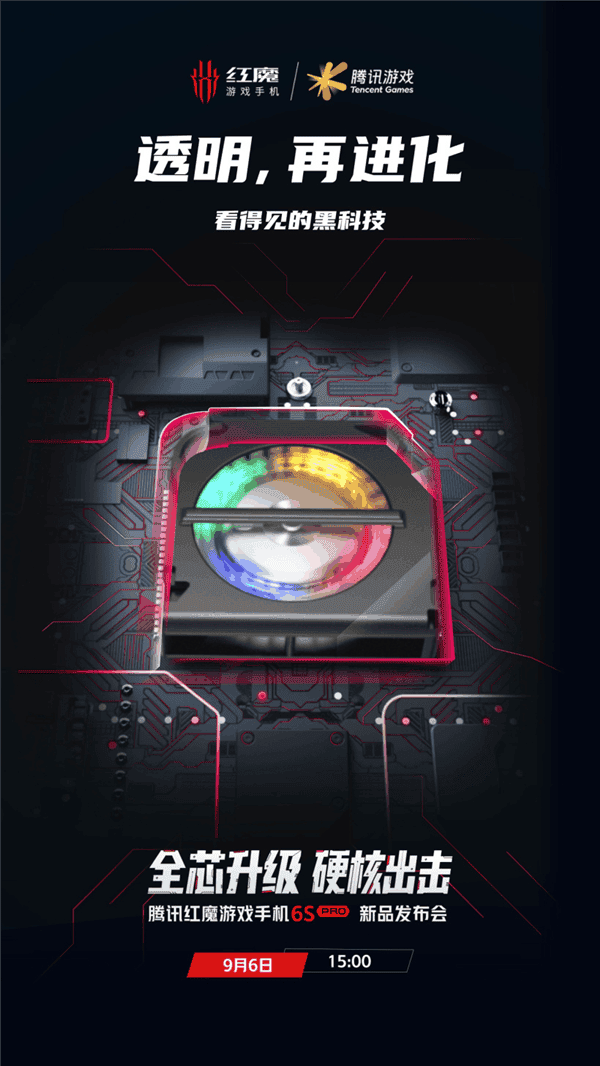 In contrast, the Red Magic 6 uses an aviation aluminum-ice blade heat dissipation design with a heat dissipation area of ​​up to 18,000 square millimeters. It can reduce the CPU core temperature by 16 degrees Celsius and reduce the body’s tactile temperature by more than 3 degrees. In addition, the built-in turbine speed of the Red Magic 6 is as high as 18,000 rpm, while the fan speed of the super-large Red Magic 6 Pro is as high as 20,000 rpm.