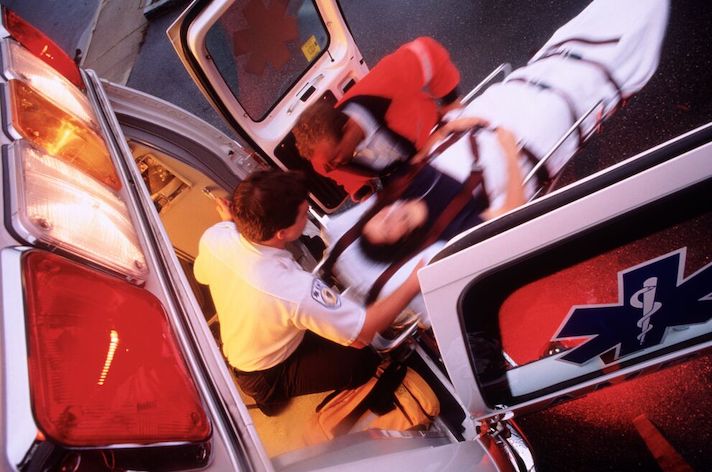 A mobile app designed to assist with pediatric drug preparation lowered the rate of medication errors and time to drug delivery when used by paramedics, according to a study published in JAMA Network Open.

Some study authors have pending intellectual property rights on the app used, called PedAMINES, and are employees of Geneva University Hospitals, the app’s owner.

Out of 304 drug preparations using a conventional method, the study found 191 were associated with medication errors, compared with only 17 of the 296 preparations that used the app.

HOW IT WAS DONE

The study was conducted at 14 emergency medical services centers in Switzerland between September 2019 and January 2020. The participants, 150 advanced paramedics who could prepare drugs for patients, attended a 20-minute standardized simulation of a pediatric cardiac arrest outside of a hospital.

The participants were tested on preparing four intravenous emergency drugs – epinephrine, midazolam, 10% dextrose and sodium bicarbonate – with 74 receiving support from the app, while 76 had to use conventional drug prep methods without assistance.

The study’s authors wrote that emergency situations with children are ripe for medical errors, since paramedics may have less exposure to critically ill kids and more emotional stress when working with children. They also need to consider individual, weight-based dose calculations for each child.

“Although numerous interventions involving information technology have been developed to improve in-hospital security of the medication process, error prevention strategies and evaluation of their efficacy in the prehospital area are scarce,” researchers wrote.

The researchers said using a simulated scenario could be a limitation for the study, but the simulation was necessary due to ethical concerns and the number of variables that using real cases would introduce.

The researchers used a 10% drug dose deviation to define an error, which they said might seem conservative. But even when setting higher thresholds up to a 50% set margin, medication errors still remained significantly higher without the app’s assistance.

They also noted the participants received training on the app immediately before the testing scenario, while in real life, the time between training and using it could be much longer.

But the study showed the app helped significantly, and researchers noted that potentially harmful medication efforts are frequent.

“Compared with conventional methods, the use of a mobile app significantly decreased the rate of medication errors and time to drug delivery for emergency drug preparation in a prehospital setting,” they wrote. “Dedicated mobile apps have the potential to improve medication safety and change practices in pediatric emergency medicine.”