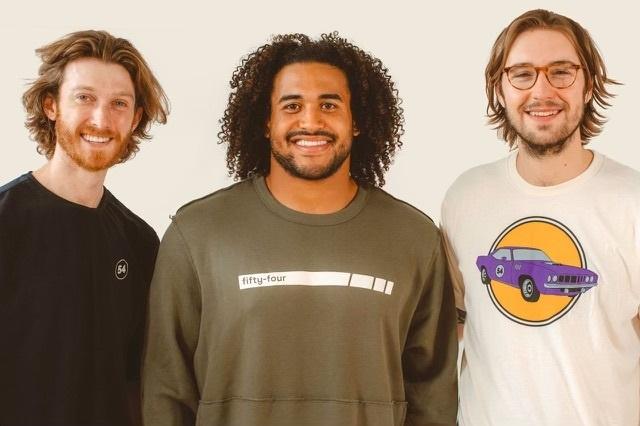 Sometimes, social entrepreneurs, like any company founders, finetune their business model over time. In the case of Minneapolis-based Hippy Feet, it was the social mission that co-founders Michael Mader and Sam Harper readjusted a few years after starting the sock and apparel company in 2016.

Specifically, they moved from a one-for-one model aimed at helping homeless young people, to providing job training and transitional employment for such individuals, instead.

Now the company is launching a clothing line with Minnesota Vikings linebacker Eric Kendricks. The collection will include shirts, sweatshirts and socks that will provide employment to young people ages 16-24 through Hippy Feet’s job program.

It all began in 2015, after Mader, then a senior in college at the University of Wisconsin, River Falls, suffered a traumatic brain injury while skateboarding. He had to drop out and rely completely on family and friends to take care of him. When he returned to school, several professors helped him to take some classes on line.

It got him thinking about just how lucky he was to have all that support and what could have happened had he lacked his friends, family and resources. “I realized that without this group of individuals helping me, I could have become homeless,” says Mader. There were a great many young people in the Minneapolis area who were living on the street and that led him to an idea: a one-for-one sock company whereby, for every sock a customer bought, another pair would be donated to a homeless 16-to-24-year-old youth. Socks would be made from recycled cotton yarn. Mader teamed up with Harper, a good friend, who had worked with another social-mission oriented apparel brand, to launch a company.

But after donating 20,000 or so pairs of socks, Mader started having second thoughts. The efforts were helping people, sure. And the mission led to effective marketing. But were they getting to the root causes of homelessness and addressing a more profound solution? “We thought about whether we were doing anything that allowed people to grow out of the cycle of homelessness,” says Mader.

The most useful thing he could do, he decided, was to remove barriers keeping homeless youth from finding steady jobs. A reliable paycheck would lead to considerably more significant outcomes than a supply of socks.

With that, they started testing out an employment concept. They would visit youth shelters a few times a week for six hours or so and ask young people there if they wanted work packaging socks. That, Mader figured, could provide what he calls “survival cash”—money to turn a cell phone back on, say, or buy food.

That worked so well, Mader and Harper decided to eliminate the one-for-one model and focus on employment. In 2018, they teamed up with a local nonprofit and started to pilot an official program called Pop Up Employment out of the organization’s drop-in center. By mid-2018, Hippy Feet was hosting six-to-seven hour sessions twice a week. Eventually, Mader and Harper entirely dropped the one-for-one model.

When Covid hit, during the first months, when most nonprofits had to close, Mader and Harper developed a temporary work-around—shipping boxes of socks and packaging material to the hotels and other places where homeless people were placed. Then, they’d pick up the packages and pay the kids for their work.

A few months later, they developed a way to host the work at their headquarters, which is divided into office and warehouse space, making sure there was acceptable social distancing. So for four days a week, three-to-five people referred to them by nonprofit partners would do packaging and order fulfillment work.

The company has employed a total of about 160 people and is currently running the training program’s third cohort. “My proudest accomplishment is that there are young people who were once homeless who have well-paying jobs outside the program and Hippy Feet played a major role in their success,” he says.

Of course, not every young person makes it through the six-month training program. When someone doesn’t show up five times, they have to leave. “We’ve got to make sure we’re providing opportunities to people who can benefit,” Mader says.

As for the new clothing line, Mader figures it will provide jobs to seven people, with hopes that number will grow as the company expands the number of products available. The garb incorporates Hippy Feet’s designs with Kendricks’ interest in vintage cars, along with his own personal style. Kendricks, who is a leader on the Vikings Social Justice Committee, has been deeply involved with issues of poverty and social justice in the Minnesota community, according to the company.

Most Hippy Feet’s revenues come from online sales, but a significant amount is derived from a custom sock program, according to Maher. They’re also in about 50 to 70 stores.