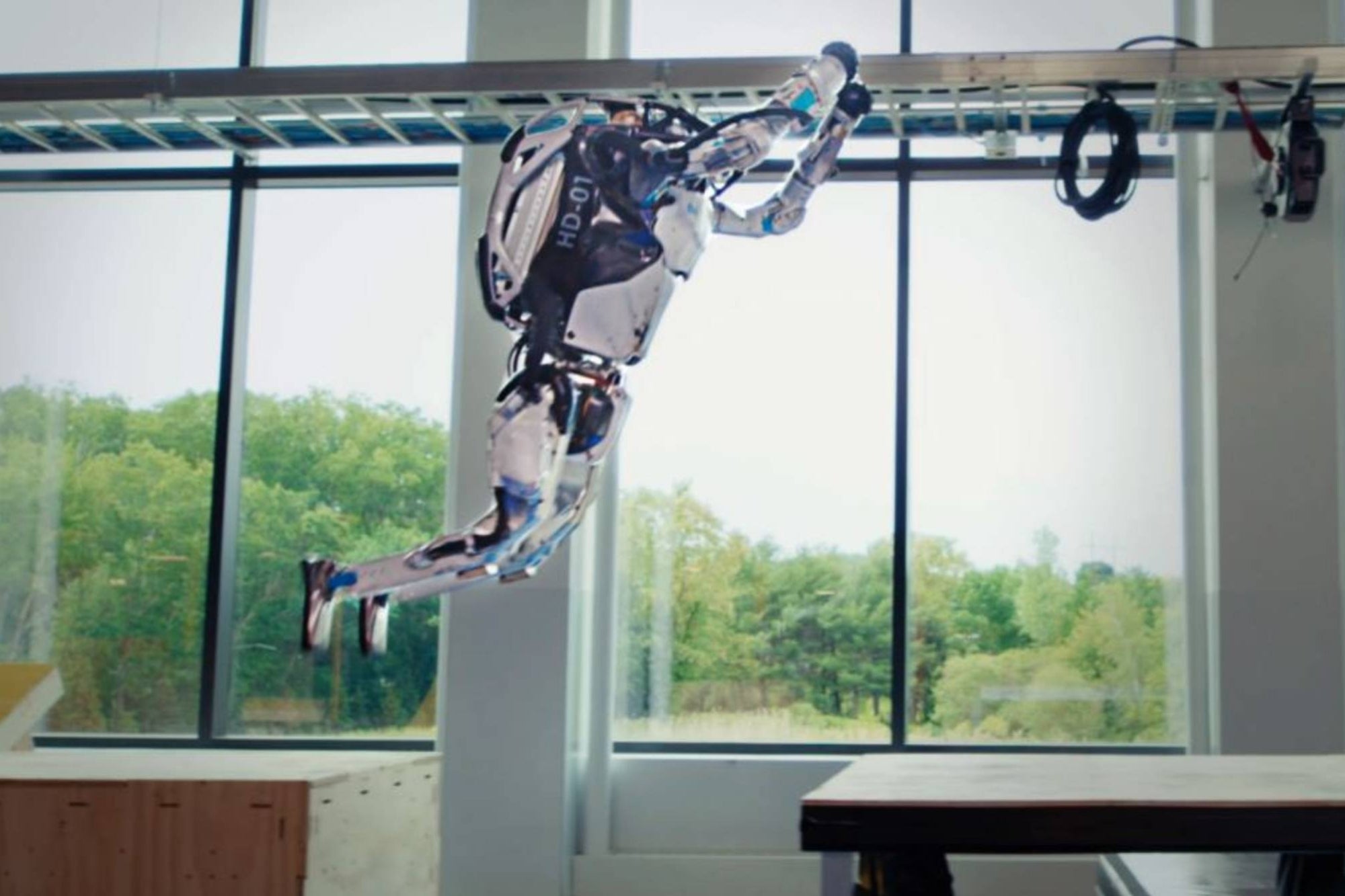 In case you did not see it, we show you the impressive images of these humanoids jumping and doing cartwheels.

We’ve already seen them dance , but now Boston Dynamics humanoid robots do parkour and despite the fact that developers and engineers working on the androids say that “there are details to improve,” it is still impressive to see the dexterity these machines have achieved.

These robots, from the Hyundai-owned company, are known as the Atlas project, are about 1.5 meters tall and weigh just over 80 kilograms. In the video posted recently on YouTube we can see them running through wooden panels, jumping on a balance beam and landing with “perfectly timed” backflips.

Despite how impressive it can be to observe the dexterity with which the humanoids perform these movements, the company’s robotics engineers explain that this attempt “was not exactly perfect .”

Why wasn’t it perfect?

According to a statement published by the company , after the robots completed their back somersaults, they had to move one of their arms “like a Major League pitcher after hitting a game-ending strikeout” [from baseball], an action the team calls “Cha-Ching.” Although the humanoids succeeded, they stumbled a bit while doing it.

“We hadn’t performed that behavior after the backflip before today, so it was really an experiment,” explained Scott Kuindersma, Atlas team leader at Boston Dynamics. “If you look at the video closely, it looks a bit awkward. We are changing a behavior that we have tried before, so we have some confidence that it will work. “

What good is Parkour?

A humanoid robot doing parkour doesn’t make much sense of usefulness to people, does it? Faced with this, the company clarifies that “Atlas is a research project and not a commercial one.”

Although they explain that it does not take much knowledge in this sector to imagine how useful the machine can be if it manages to perform the same range of movements and physical abilities of an average human being. If this is possible, its “range of potential applications will be practically limitless.”

Parkour, as narrow and specific as it may seem, gives the Atlas team a perfect sandbox to experiment with new behaviors. It is a whole body activity that requires Atlas to maintain his balance in different situations and to switch seamlessly between one behavior and another.

“It’s really about creating behaviors at the limits of the robot’s capabilities and making them all work together in a flexible control system,” says Kuindersma. “There are a lot of big issues that parkour doesn’t force you to tackle, but that’s not the point. We are not trying to solve everything at once. The work we are doing now allows us to create a solid foundation to address the next set of research problems. ”- Boston Dynamics.

If you want to see the complete video of Atlas’s movements, here we leave it for you.