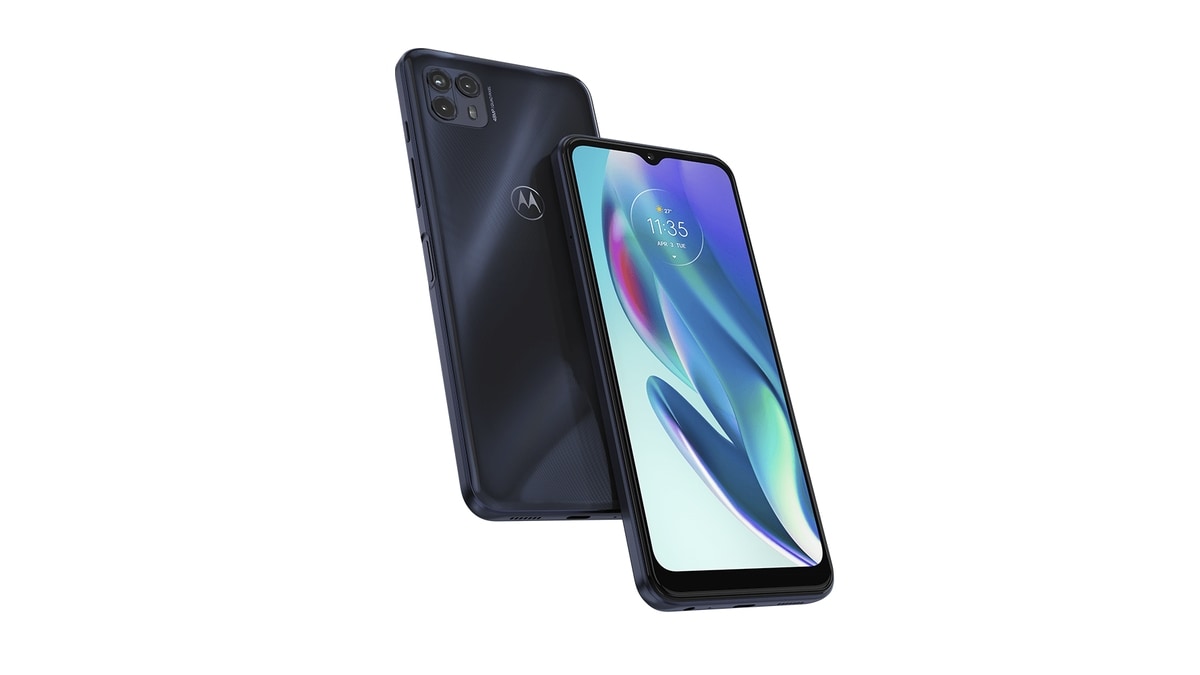 Moto G50 is apparently getting a new variant codenamed ‘Saipan.’ The new variant’s official-looking renders were shared by a reliable tipster on Twitter. The Moto G50 — codenamed Ibiza — with 5G connectivity and a Snapdragon 480 SoC was launched earlier this year in some European markets. The renders of the “Moto G50 5G (Saipan)” shared by the tipster hint that the upcoming variant may be intended for different markets. The design of the two Motorola smartphones seems to be largely similar, but they could have different housings for the rear camera setup and a differently placed fingerprint scanner.

Tipster Evan Blass (@evleaks) shared the official-looking renders of the new Moto G50 5G, codenamed ‘Saipan’, on Twitter. The renders shared by Blass show a slightly different design as compared to the Moto G50 that was launched in March.

As per the renders, the Moto G50 5G ‘Saipan’ will get a waterdrop-style display notch for the selfie camera. The bezels on three sides of the display are thick with an even thicker chin. However, the size of the display is not yet confirmed. The right side of the smartphone has a voice assistant button, volume rocker, and a fingerprint scanner embedded in the power button.

The back of the upcoming Motorola smartphone gets a triple rear camera setup mounted in a square housing. It is headlined by a 48-megapixel quad primary sensor, two supporting but unspecified sensors, and an LED flash. The bottom of the Moto G50 5G ‘Saipan’ gets a 3.5mm headphone jack, a USB port — USB Type-C by the looks of it — along with a speaker grille. There is no mention of the specifications of the Moto G50 5G ‘Saipan’.

The tweet by Blass also mentions that the Motorola device codenamed ‘Aruba’ could be the upcoming Moto E20.

Moto G50 launched earlier runs Android 11 and gets a hybrid dual-SIM setup with 5G support. It sports a 6.5-inch HD+ (720×1,600 pixels) IPS display. Under the hood, it gets a Snapdragon 480 SoC paired with 4GB of RAM. It has up to 128GB of internal storage that can be expanded up to 1TB via a microSD card.

Its triple rear camera setup has a 48-megapixel primary sensor, a 5-megapixel macro sensor, and a 2-megapixel depth sensor. The Moto G50 gets a 13-megapixel selfie camera. It packs a 5,000mAh battery with 15W charging support.