WhatsApp users have long asked the developers of the messenger to develop a mechanism for transferring chats from iOS to Android and vice versa built into the application. In April, it became known that WhatsApp is working on this feature. Four months later, it debuted alongside the Samsung Galaxy Z Fold 3 and Galaxy Z Flip 3 presented yesterday.

The announcement took place during the Galaxy Unpacked event. The feature to transfer WhatsApp chats from iPhone is among one of the features of the new smartphones. iPhone owners who decide to upgrade to Samsung’s new products will be able to completely transfer their WhatsApp chat history, including attached photos and videos.

Transferring WhatsApp chats will be available out to other Samsung Galaxy smartphones running Android 10 and newer in the coming weeks. It will eventually become available on other Android devices, although WhatsApp does not say when this will happen.

Users will need a Lightning to USB-C cable to transfer chats from iPhone to Galaxy Z Fold 3 or Galaxy Z Flip 3. Wireless data transfer is not available yet. 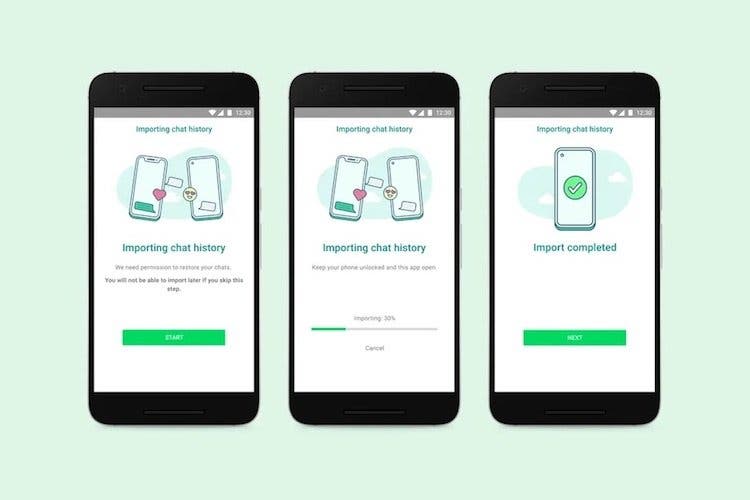 Recently, Apple confirmed its intention to use the software on its devices that scans custom photos to find images of child abuse. This news was received controversially and was even criticized. Now, the head of the WhatsApp messenger Will Cathcart, who did not support Apple’s idea, spoke on this matter.

On his Twitter account, Cathcart wrote that “This is an Apple built and operated surveillance system that could very easily be used to scan private content for anything they or a government decides it wants to control. Countries where iPhones are available will have different definitions on what is acceptable”. He expressed doubts about how Apple’s content scanning system is able to function in China; and also did not rule out that it could be used by hackers.

In addition, an Apple spokesman disagreed with this interpretation; noting that users can turn off the device’s synchronization with the iCloud cloud service. He also said that the system only learns from photographs provided by the National Center for Missing and Exploited Children; as well as a number of other organizations with which the company works. Note that the system cannot work differently in different regions, since it is part of iOS.