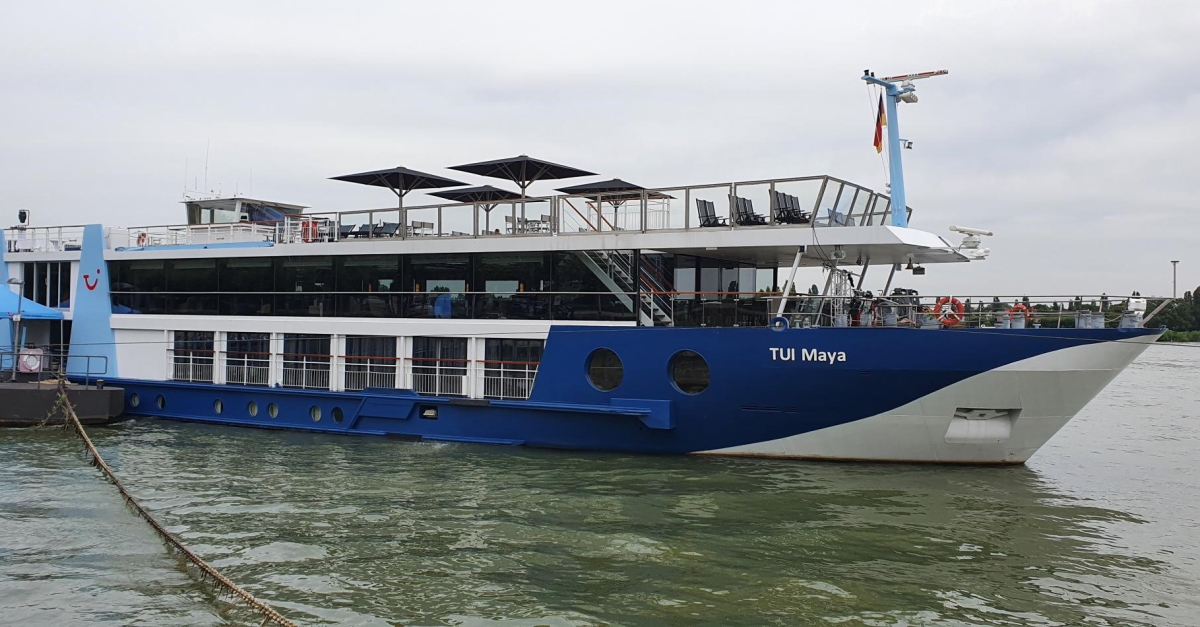 Tui River Cruises has launched the first of its three adult-only river cruise ships after a long-awaited delay due to the pandemic.

Originally due to commence sailings last spring, 155-passenger Tui Maya was officially christened on the Rhine on Thursday evening by godmother Catherine Hawkins, a college exams officer from Barnsley.

This is Tui’s first venture into the river cruise market. It has bought three vessels – Tui Maya, Tui Skyla and Tui Isla – which were given multi-million pound refits after previously operating with Werner-Tours and Reisebüro Mittelthurgau Fluss.

Also present for the christening was Tui Skyla’s godmother Rosie Brooks, an illustrator from London. The travel giant began its nationwide search for its river cruise godmothers in early 2020, with more than 750 applications, choosing both Catherine and Rosie due to their love of exploration and travel.

Tui Skyla had been due to set sail on cruises later this year, however earlier this week Tui posted on its website that it had taken the “difficult decision to temporarily reduce our fleet size and Tui Skyla will no longer be sailing this summer.”

The line has now confirmed that Tui Maya will be the only river ship sailing this year, with Tui Skyla and Tui Isla each to begin European sailings in spring 2022.

Speaking onboard ahead of the naming ceremony, Tui River Cruises commercial and

business development director, Richard Sofer said: “I think that something like this is not just about launching a business, but celebrating a return to travel for us.”

Tui River Cruises managing director Chris Hackney added: “There is a real opportunity in terms of new customers – some that have done a river cruise before but are looking for something different, or those that are new to the cruise market full stop.  Some of our themed cruises and Christmas market cruises offer something to attract a new customer.”

All three vessels are of a similar ‘contemporary and stylish’ design and Tui Maya features 79 cabins with two restaurants, two bars and a wellness area. There are seven cabin types – including a number with french balcony cabins and three solo cabins. Carpets in the cabins are made of recycled fishing nets, there are no single-use plastic onboard and guests are encouraged to use the ‘Navigate’ app to minimise paper.

As part of Tui’s package offering, passengers are given up to £120 excursion credit per week. The travel giant also recently announced its ‘Satisfaction Promise’ – where if travellers aren’t happy with their holiday and an issue can’t be resolved they can get their money back.

The offer is applicable on all new and existing cruises from now until October 25.

Tui Maya sets off on its inaugural seven-night sailing on Sunday August 15.