Disclosure: Our goal is to feature products and services that we think you’ll find interesting and useful. If you purchase them, Entrepreneur may get a small share of the revenue from the sale from our commerce partners.

While televisions are common in living rooms, projectors are increasingly popular for watching movies at home. Indeed, there’s almost nothing more magical for movie lovers than enjoying cinematic treasures on a massive 100-inch or larger screen.

Thanks to technological advancements, it’s never been easier or more affordable to own a projector. Whether you’re in the market for a top-of-the-line cinema-grade projector or want to enjoy big-screen gaming, there’s an option for you.

Earlier, we assisted you in selecting the best projectors for work-from-home meetings and cinematic experiences. Now, we’re here to help you pick out the best 4K projector for your home! 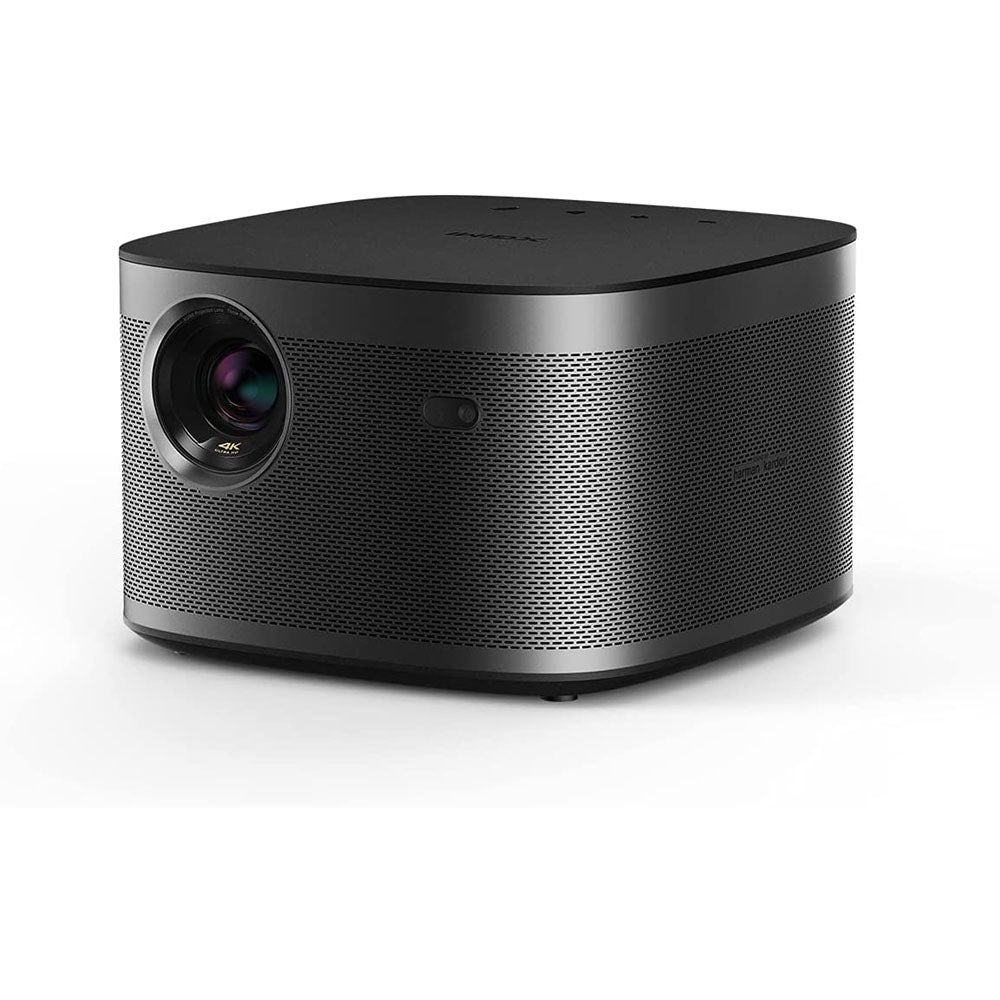 There’s a lot to like about the Xgimi Horizon Pro. With dual 8W Harman Kardon speakers onboard, the Horizon Pro features best-in-class audio. 2,200 ANSI lumens of brightness hold up even under settings with a decent amount of ambient light. Android TV 10 comes built-in for streaming from apps such as Hulu and YouTube.

Loads of image adjustments like auto focus as well as auto horizontal and vertical keystone foster a user-friendly experience. 3D compatibility offers a means of watching your favorite 3D Blu-rays. The Xgimi Horizon Pro is an awesome 4K projector that’s easy to set up, has lots of smart features, and houses premium sound that can’t be beat. 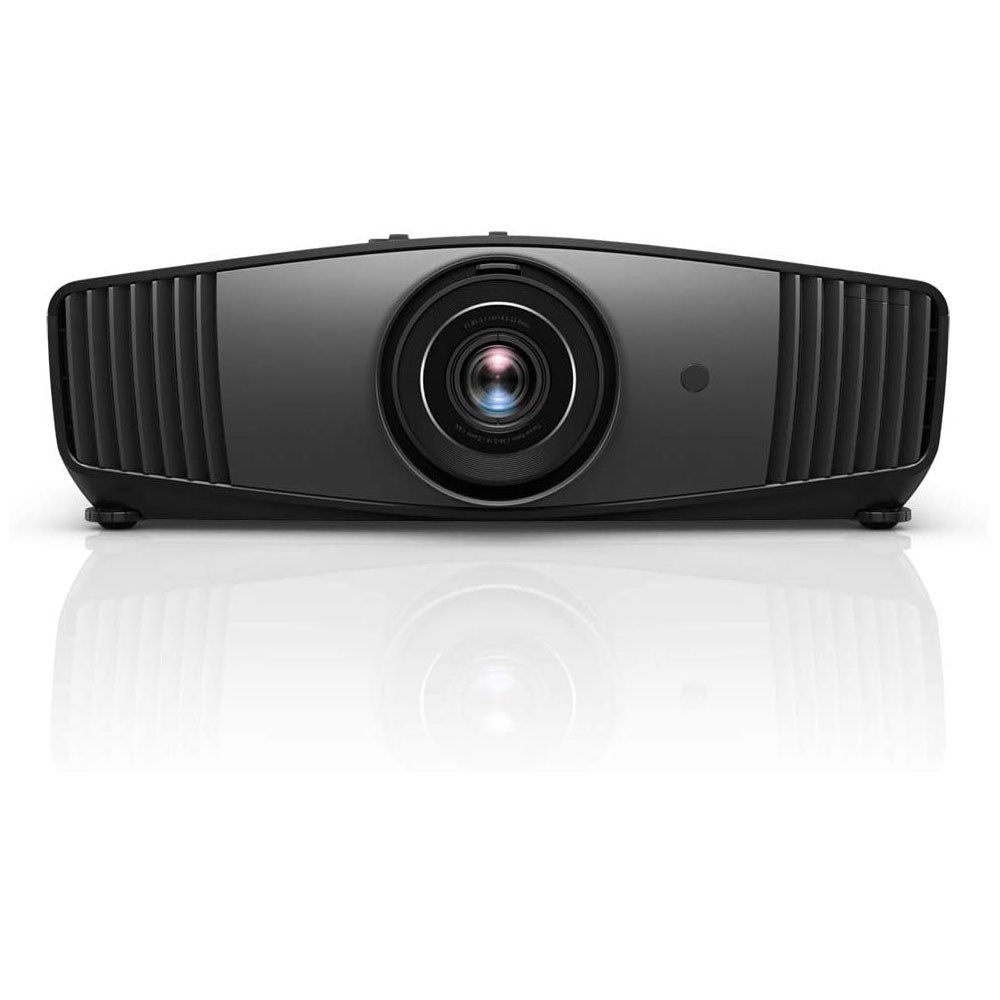 Providing 100% DCP-P3 and 100% Rec.709 color coverage, the BenQ HT5550 is an excellent 4K home theater projector. Colors are extremely accurate and there are great black levels as well as contrast. A slew of ports including a pair of HDMI inputs, an Ethernet jack, 12V trigger, three USB headers, 3.5mm headphone out jack, and RS-232 port let you hook up pretty much any devices you can think of.

Various installation features such as a two-dimensional lens shift and 1.6x zoom make setting it up a breeze. Using pixel-shifting technology, the HT5550 achieves a 4K resolution of 3840 x 2160. Its 1,800 lumens should be able to withstand some ambient lighting. 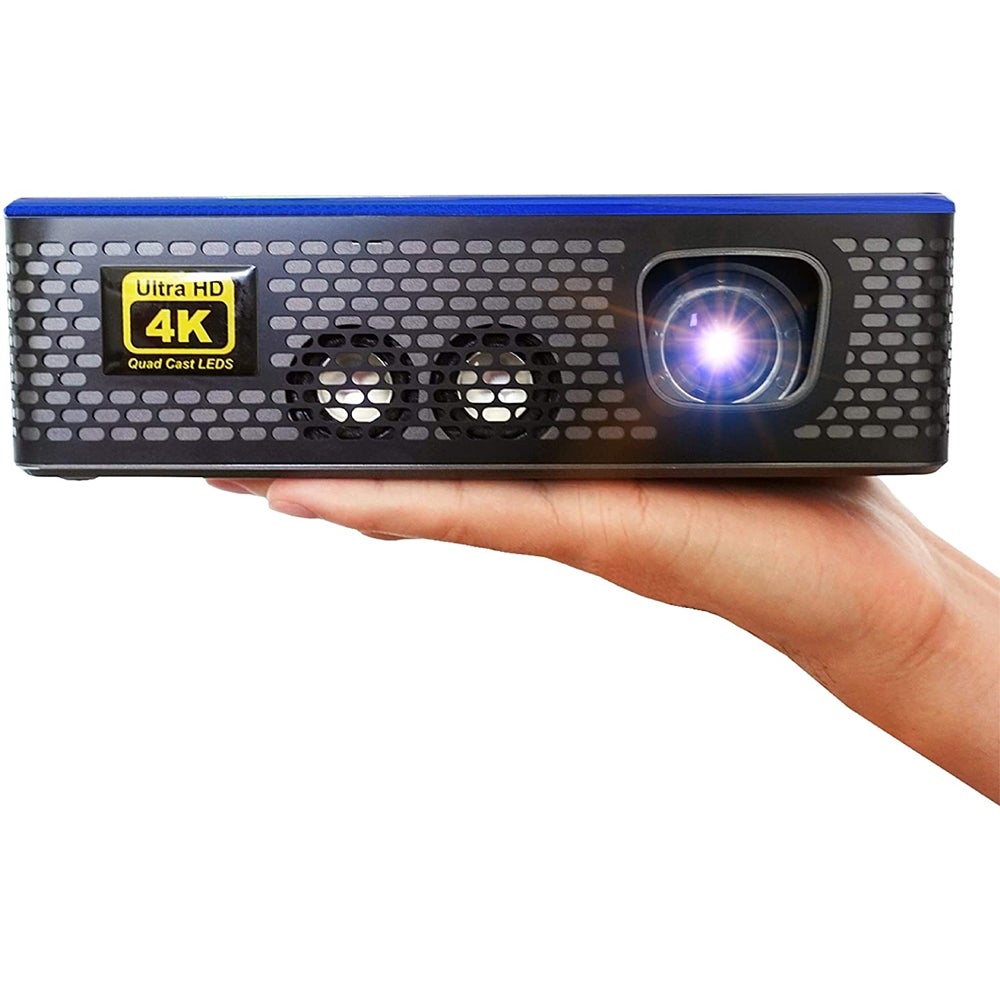 Priced under $1,000, the AAXA 4K1 (also at other retailers) is a good budget 4K projector. Its LED light source delivers 1500 LED lumens for an exceptionally vivid picture that can handle moderate amounts of ambient lighting. Using pixel-shifting, the 4K1 can produce a 3840 x 2160 true 8 million-pixel on-screen image.

A pair of HDMI ports, a USB host, RCA A/V input, microSD card slot, and headphone-out jack let you connect an array of different devices. Its picture quality is fantastic and the LED light source can last for up to 30,000 hours. An electronic focus simplifies the setup. At 3.8 pounds and with dimensions of 3.27 x 2.83 x 0.94 inches, the AAXA 4K1 is compact and easy to tote around. 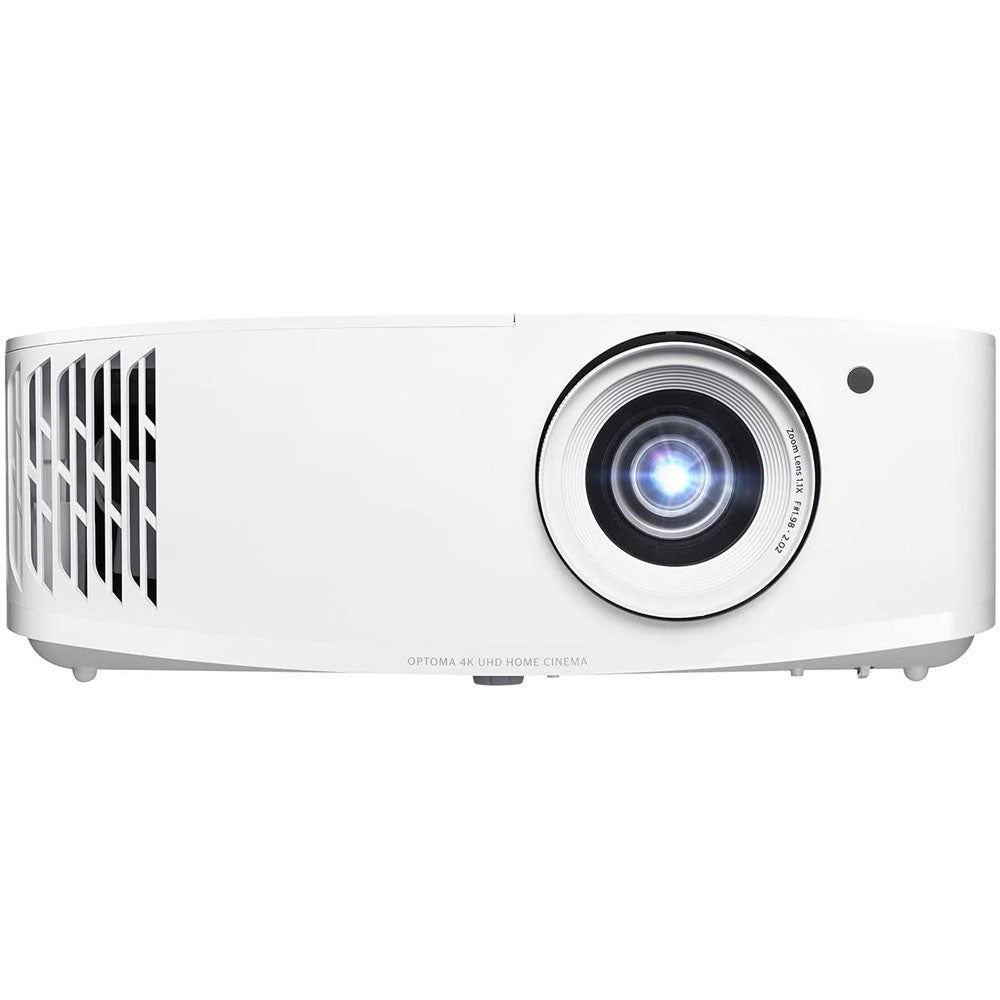 With input lag as low as 4.2ms at 1080p or 16ms in 4K and a high refresh rate of 240Hz, the Optoma UHD38 (also at other retailers) is the best gaming projector available. 4000 ANSI lumens of brightness hold up even with the lights on. If you want to hook up a next-gen game console like the PlayStation 5 or Xbox Series X, the UHD38 is a good option.

Black levels are pretty solid with dynamic black technology, and its high 1,000,000:1 contrast ratio means the Optoma will work wonderfully for movies as well as games. ±40-degree keystone correction and a 1.1x zoom allow you to easily mount the UHD38.

Inputs and outputs are plentiful with two HDMI ports, an Ethernet jack, VGA, USB host, 3.5mm audio out jack, and an RS-232 port. Capable of high refresh rate, low input lag gaming as well as displaying movies with lush detail thanks to its 8-segment color wheel, the Optoma UHD38 brings your games to life on the big screen. 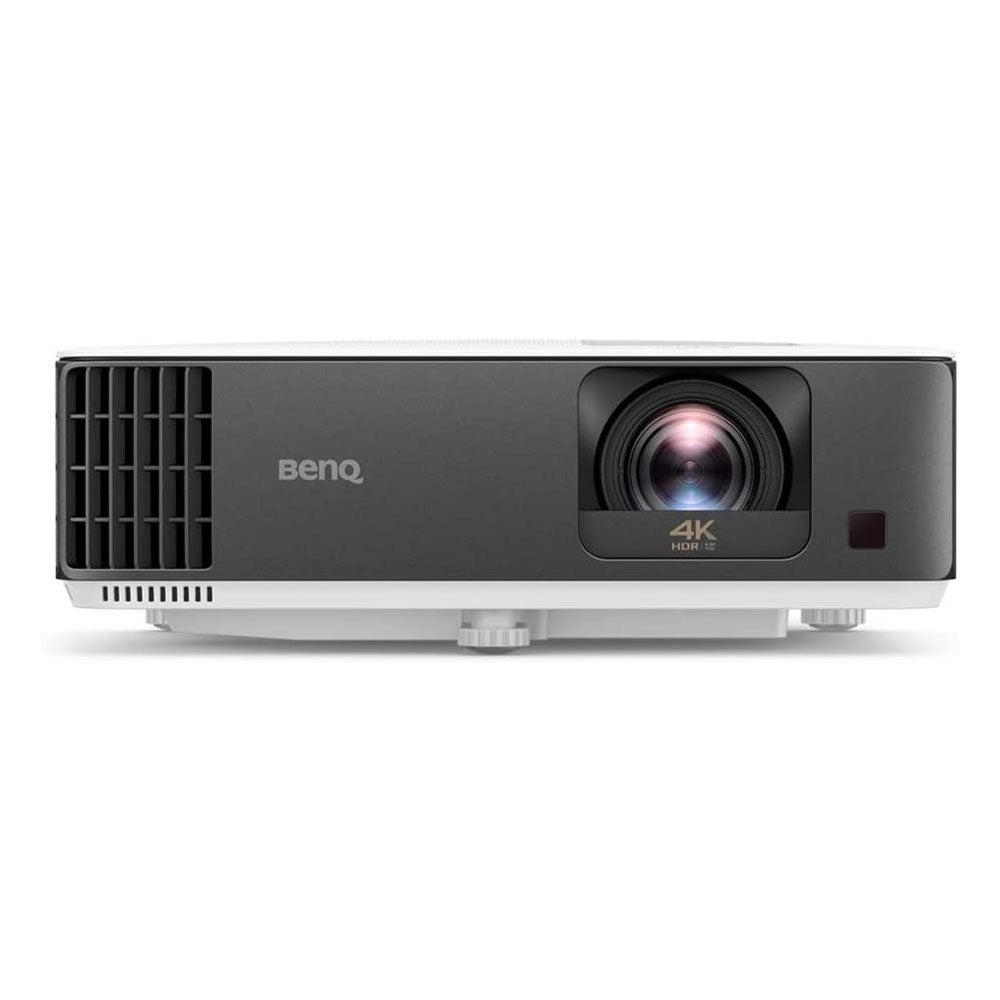 The 3,000 ANSI lumen light source is bright and colors are extremely accurate thanks to its 96% Rec.709 color coverage. As such, the TK700STi is suitable for movies just as well as gaming. It’s even bundled with a streaming stick that includes Android TV. There’s a set of HDMI ports including one with eARC, an RS-232 port, USB header, and audio output jack. With pixel-shifting, the TK700STi can produce a 4K HDR image. 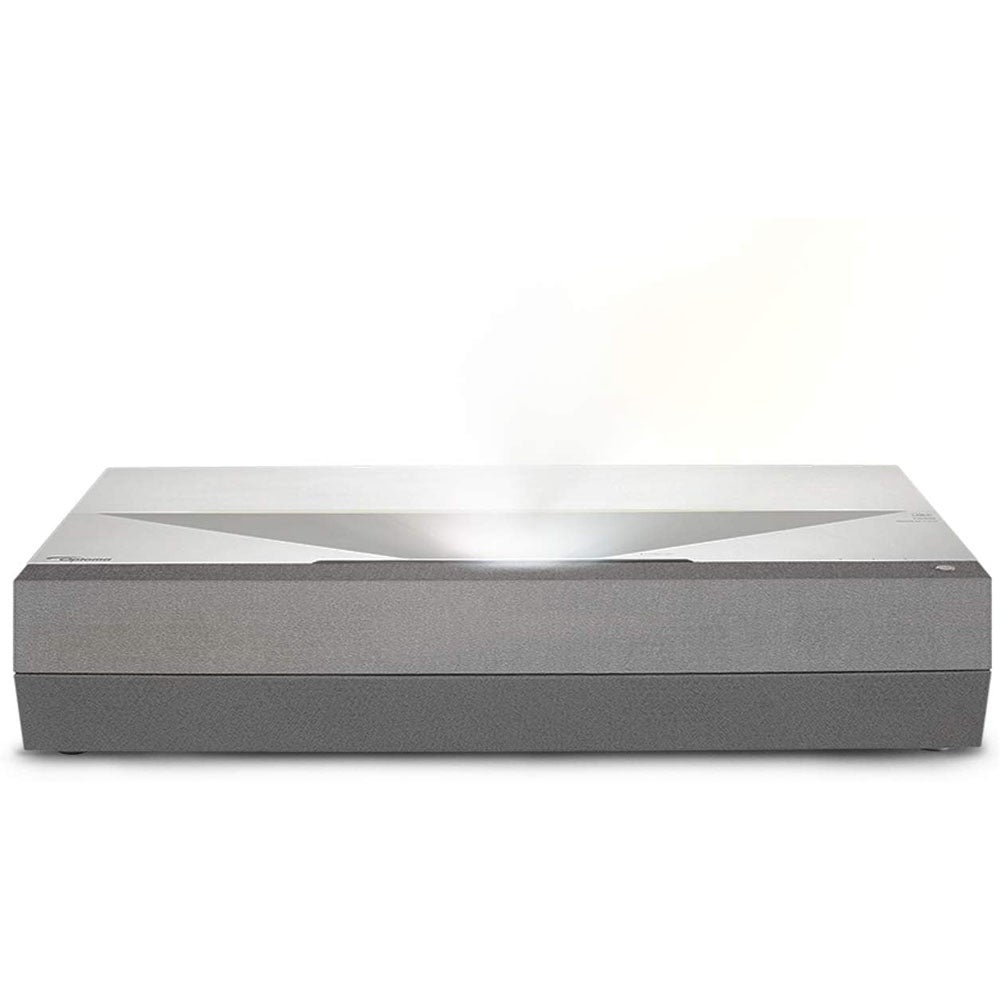 For a large screen in a small space, the Optoma CinemaX P2 (also at other retailers) is an ultra-short-throw projector. Its small throw ratio allows the CinemaX P2 to cast a 100-inch or larger image just a few inches from the screen.

A built-in 40W soundbar with two full-range drivers and two subwoofers provides robust sound quality. And smart home integration with voice assistants such as Amazon Alexa and Google Assistant or IFTTT support let you connect the P2 with your smart devices. Everything from 4K HDR videos to 3D movies and casual gaming looks stunning on the CinemaX P2. 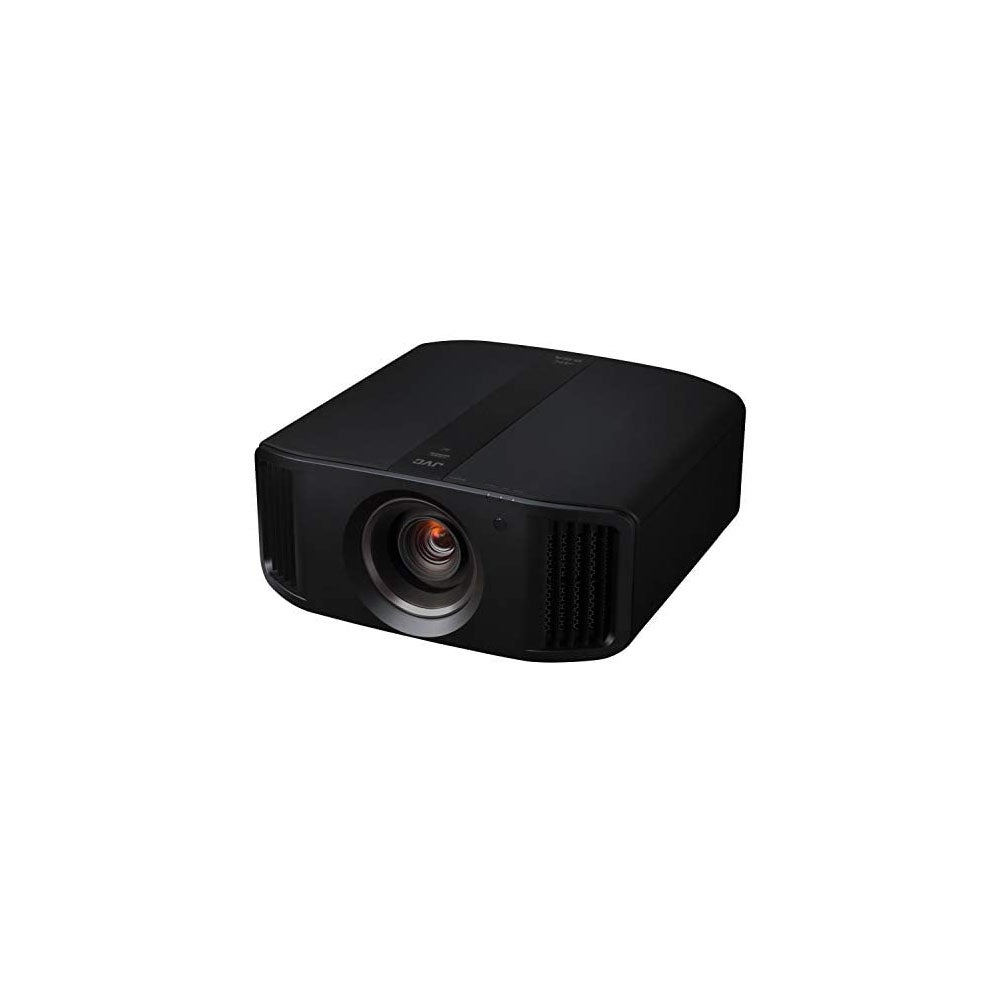 While many 4K projectors utilize pixel-shifting to create a true 4K on-screen image, the JVC NX7 (also at other retailers) instead includes a native 4K chip. Therefore, it can create a 4096 x 2160 image without pixel-shifting technology. At 1,900 lumens, it’s modestly bright. And it’s easy to connect with a pair of HDMI ports, an RS-232 port, Ethernet jack, and USB header.

With outstanding color accuracy, the NX7 is a cinema-grade projector with best-in-class contrast and black levels. It can handle HDR10 and HLG. 3D content looks great too. With its LCoS projector technology, the NX7 ushers mind-blowing, lifelike visuals into your home theater.