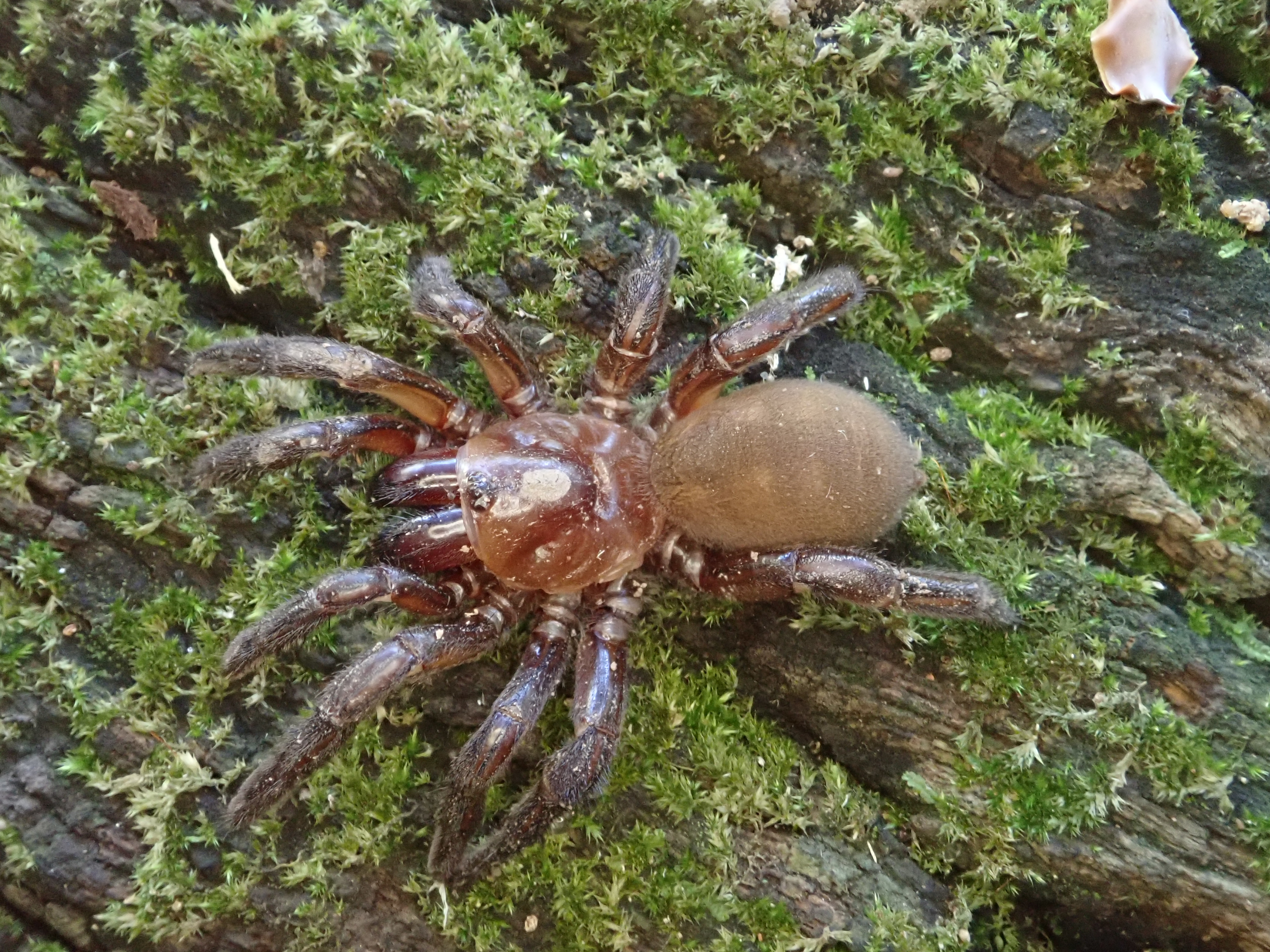 South-East Queensland is now home to five new species of golden trapdoor spiders after being discovered by a team of scientists from Queensland Museum. The newly described spider species are from south-eastern Queensland and were found in the inner-city to the bayside suburb of Burbank and further afield to the Sunshine Coast and Gold Coast hinterlands.

South-East Queensland is now home to five new species of golden trapdoor spiders after being discovered by a team of scientists from Queensland Museum.

The newly described spider species are from south-eastern Queensland and were found in the inner-city to the bayside suburb of Burbank and further afield to the Sunshine Coast and Gold Coast hinterlands.

Lead author Dr Jeremy Wilson worked with Queensland Museum scientists to uncover the species over a number of years.

“There was a long process of discovery with this group and we combined fieldwork across Greater Brisbane with genetic research to finally understand where each species occurs,” Dr Wilson said.

“And even after all that, we know there are more species that will need to be described in the future – we just currently don’t have the all the information we need to describe them.”

Despite being commonly known as golden trapdoors, the spiders can vary in colour from dark red to light tan and every shade in between.

“I’m not sure how they became known as golden trapdoors as very few are truly golden,” Dr Wilson said.

“That said, they are a remarkable group of spiders and are very interesting in that they are so varied, from being very spiny to being quite large – some of them have bodies that are around 4 centimetres in length.”

Co-author Dr Michael Rix, Principal Curator Arachnology at Queensland Museum said the work of a taxonomist is similar to a detective and that this project in particular highlighted how much work goes into describing a new species.

“We have been working on this project for a few years, as a number of these species look very similar and live near each other, which meant we had to compare a large amount of evidence to describe these five new species,” Dr Rix said.

“When we describe a new species we need to consider their morphology or what they look like, but also compare their DNA to see how similar genetically they are, and then of course where they are found.”

“This work is especially important and timely as we try to protect those species still living in remnant habitats in urban environments around Brisbane,” Dr Rix said.

“The first step to conserving any species is scientifically naming it, as we cannot protect something if we don’t know it exists in the environment.”

Trapdoor spiders are known to make a ‘plug-door’ burrow, with the door made out of soil and silk that sits flush with the surrounding soil when closed.

The new species were recently described in the journal Invertebrate Systematics.

FOUND: Mount Glorious and Mount Nebo areas.
Euoplos regalis is one of the biggest and most beautiful species of Euoplos. Euoplos regalis females are generally bi-coloured, with an orange carapace and dark red legs. They occur in the rainforests of the D’Aguilar Range, north of Brisbane.

FOUND: Conondale Range.
Euoplos booloumba is a smaller species found in the rainforests of the Conondales Range, west of the Sunshine Coast.