It has been a road paved with leaks and teasers but we’ve finally made it to the Unpacked destination, where the latest Samsung foldables were waiting for us. They have a pair of watches and TWS earbuds with active noise cancellation to keep them company, but let’s not get ahead of ourselves. 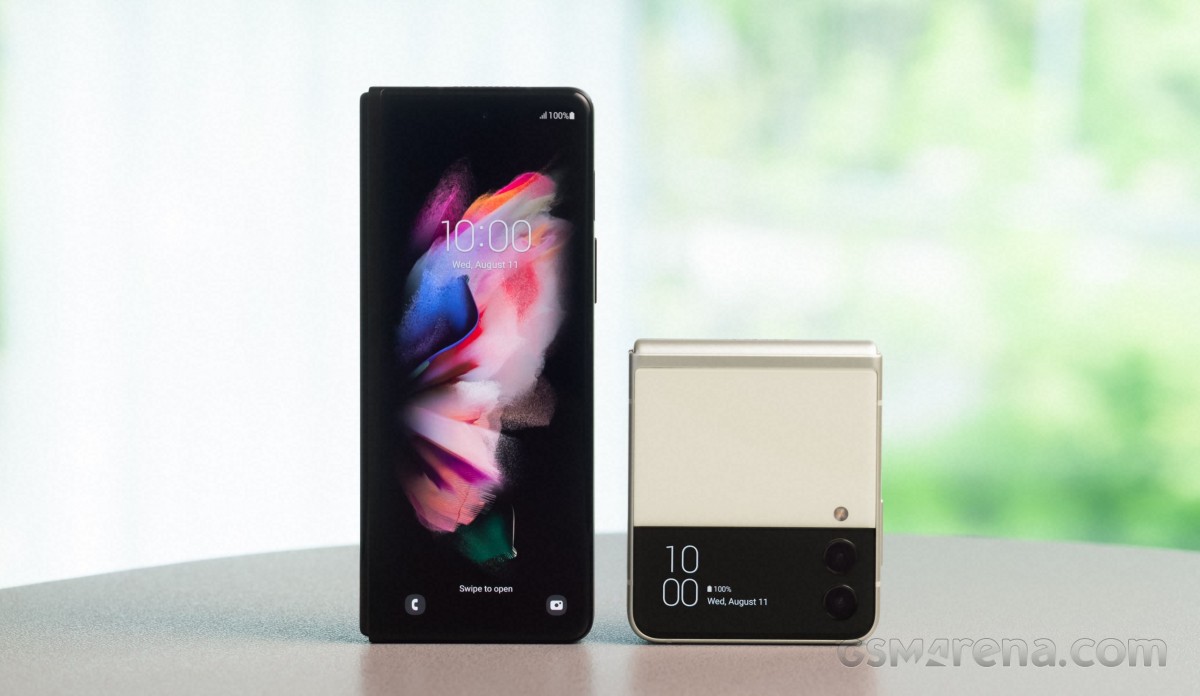 If you’ve been following closely, then you should know what the Galaxy Z Fold3 5G and Z Flip3 5G are, what they bring and even how much they cost. We’re going to go over all of that in this hands-on, but also give you our first hand impressions from Samsung’s folding marvels.

The Galaxy Z Fold3 5G is the star of the show. It’s more of a refinement of the Galaxy Z Fold2 5G, than a monumental leap forward, aiming to put any remaining fears about the durability of foldable phones to bed and become a true daily driver in the eyes of a far wider audience. 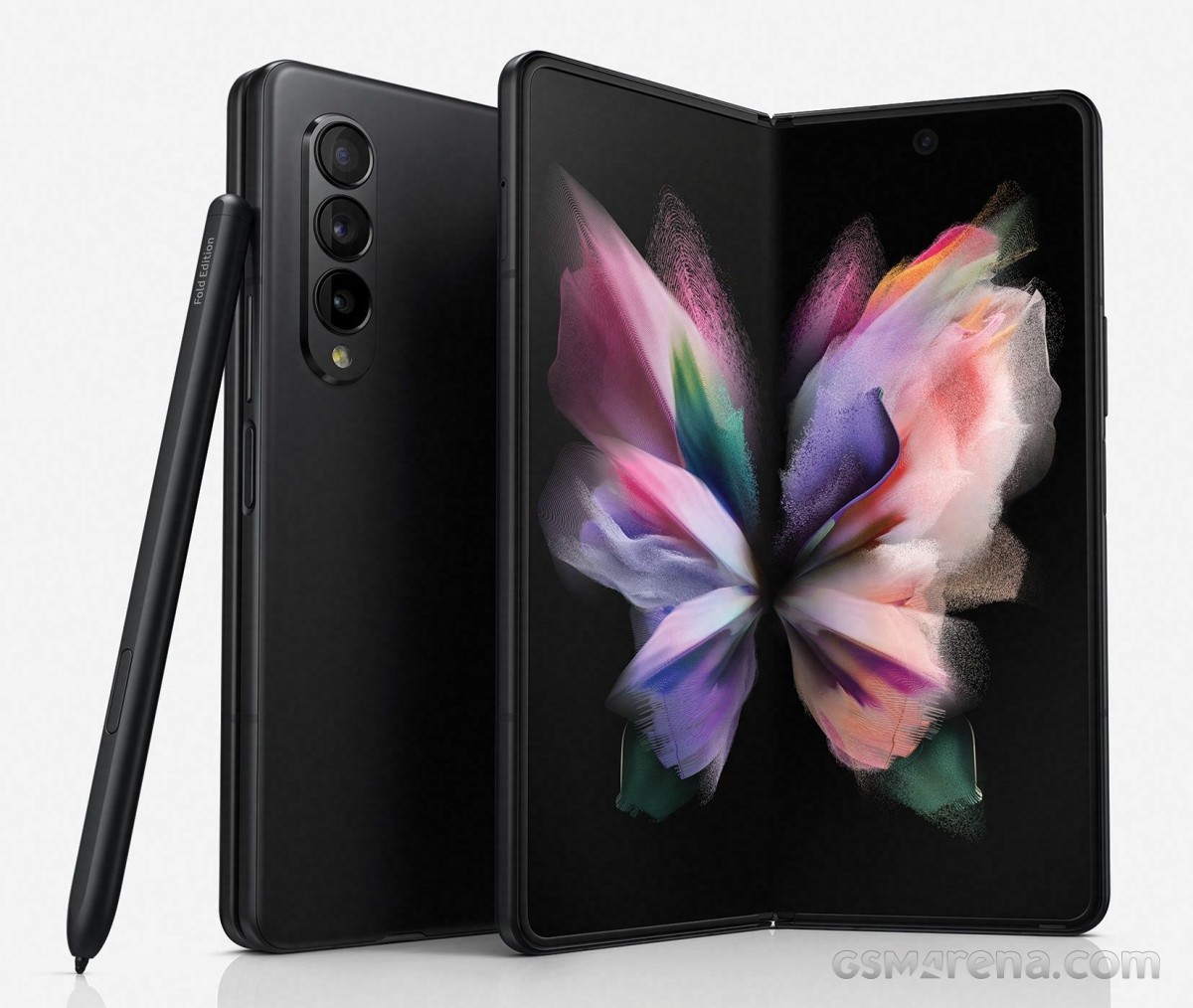 For starters we finally have element resistance, which is a must-have for many. It’s not the complete IP68, but rather an IPX8, which means it should withstand immersion up to a meter and a half, but isn’t dust-tight. Samsung Galaxy Note loyalists will surely appreciate the S Pen support as well, while photography hopefuls may end up disappointed by the largely unchanged camera.

Compared to its predecessor, the Galaxy Z Fold3 5G is a bit lighter (11g), and with slightly reduced overall volume (the thickness of the unfolded phone has been reduced by 0.5mm). Its screens have retained their resolution and diagonal, but are now both adaptively refreshing up to 120Hz (the Galaxy Z Fold2 5G’s cover display was locked at 60Hz). The 7.6-inch is reportedly 29% brighter than the Galaxy Z Fold2 5G’s screen thanks to what Samsung calls ‘echo square technology’.

The Galaxy Z Fold3 5G has gotten tougher, too. Like its predecessor, it employs Gorilla Glass Victus to the glass cover display, but the aluminum used on the body is 10% stronger than before. Samsung calls it Armor Aluminum and says it’s the strongest it has put on a phone. 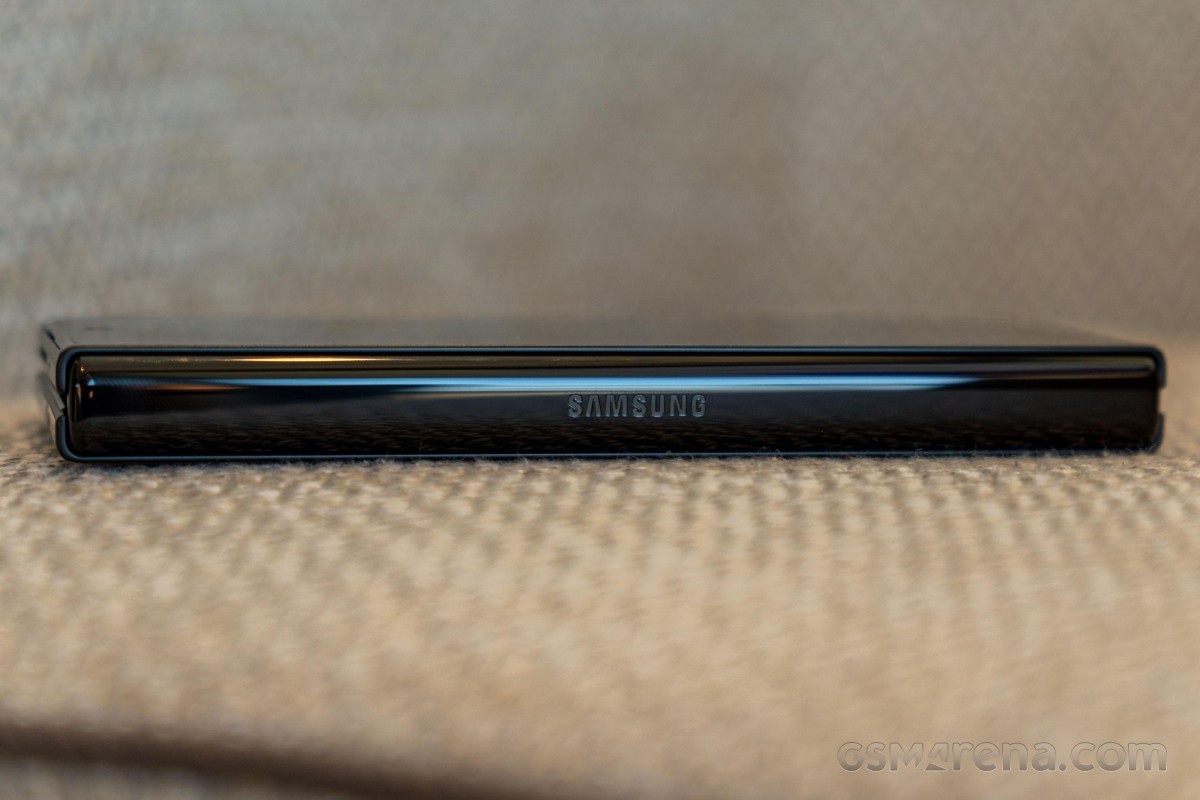 The inner display is still plastic, but uses a new protective film, which is reportedly 80% more durable, which should help alleviate scratches and let you go longer between changes.

Speaking of the S Pen, the Galaxy Fold3 supports two of those – S Pen Fold Edition and S Pen Pro. The former is lighter (8g) and smaller, and lacks Bluetooth, while the Pro is bigger and heavier (14g) and supports Bluetooth and device switching (the Pro works with the Galaxy Z Fold3 5G, Galaxy S21 Ultra 5G, Note20 series, Galaxy Tab S7/S7+ and the Galaxy Book Pro and 360). The S Pen Pro has a built-in USB for charging, an LED indicator and supports both Air command and Air actions, so you can snap images on your Galaxy using the pen. 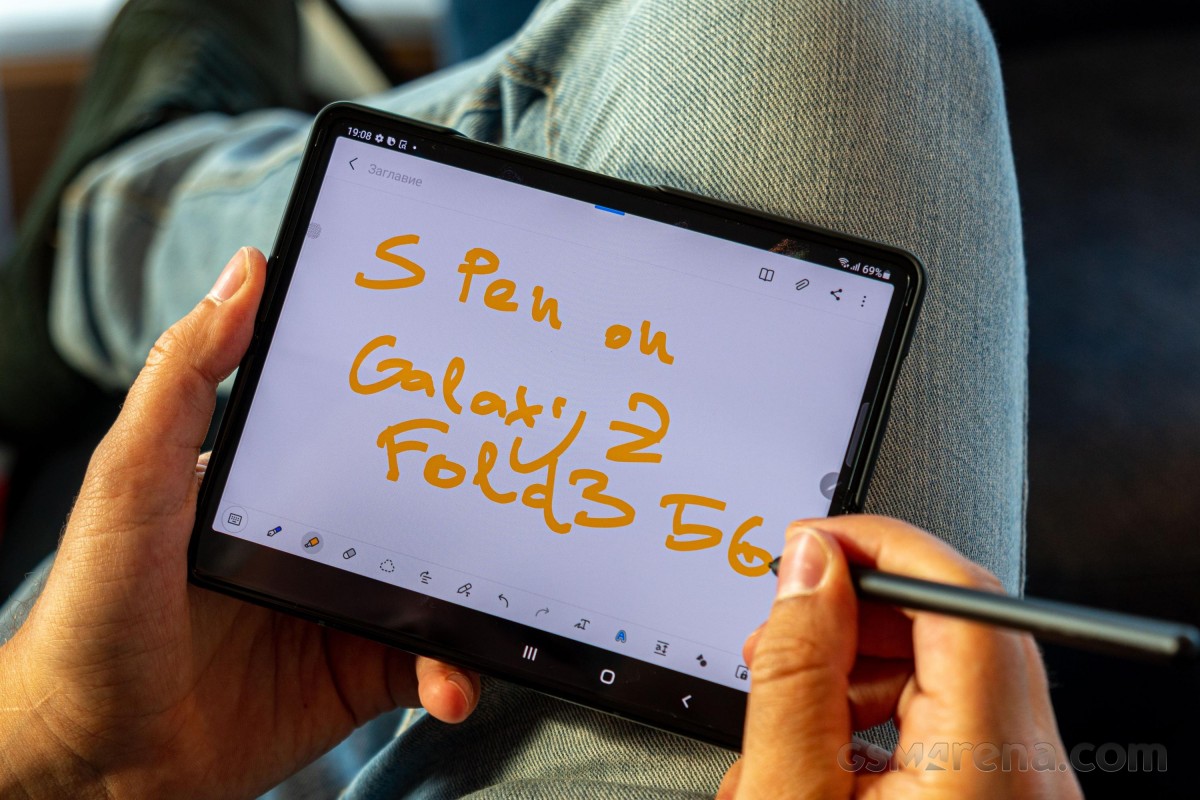 Four of the five cameras are carried over from the Galaxy Z Fold2 5G. The rear triple setup features three 12MP units for regular wide, ultrawide and 2x telephoto, the only difference being that the 2x is now optically-stabilized. The cover display employs the same 10MP unit inside a punch hole too.

What’s new here is the 4MP under display camera on the inside of the Galaxy Z Fold3 5G. The camera uses a 16MP sensor, which bins pixels 2-in-1 to produce the 4MP final image with 2µm pixels.

Thanks to the unseen camera, the Galaxy Z Fold3 5G’s 7.6-inch screen is uninterrupted and notchless. 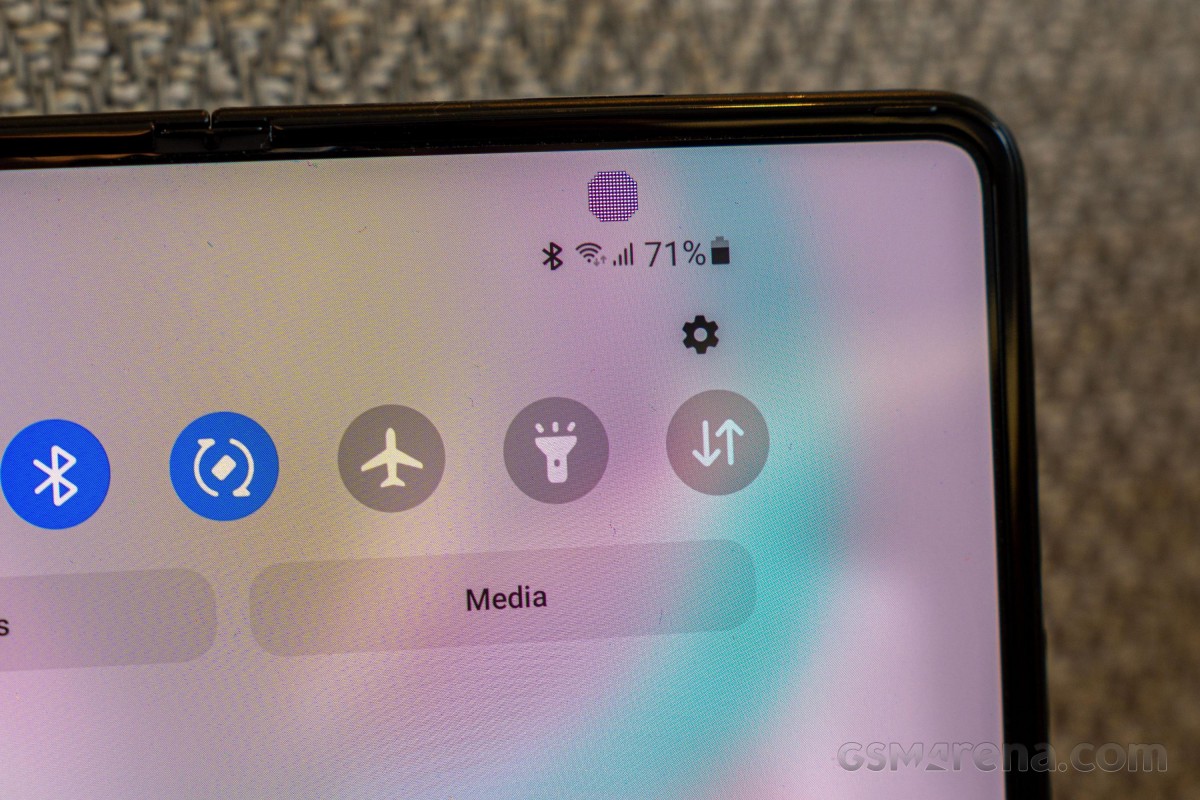 The final improvement is the move to the 5nm Qualcomm Snapdragon 888, a step up from the 7nm Snapdragon 865+. Note that the new Fold is using the non-Plus variant of the chipset, even if the Xiaomi Mix 4 announced yesterday already has the higher-clocked version.

One of the few on-paper advantages to the Galaxy Z Fold2 5G over its successor is the 4,500mAh battery, which is 100mAh bigger than the Galaxy Z Fold3 5G’s. But we expect the move to a more efficient chipset to more than make up for that.

The Samsung Galaxy Z Fold3 5G starts at €1,799/£1,599 and will go on sale later this month. That’s considerably cheaper than the Fold2 costed at launch, which should help its push to become mainstream.

The Samsung Galaxy Z Flip3 5G is more focused on style and standing out. It comes in seven pastel colors with a dual-tone finish.

Like the bigger Z Fold3 5G, the Galaxy Flip3 5G is also water-resistant and protected by Gorilla Glass Victus and Armor Aluminum on the outside. 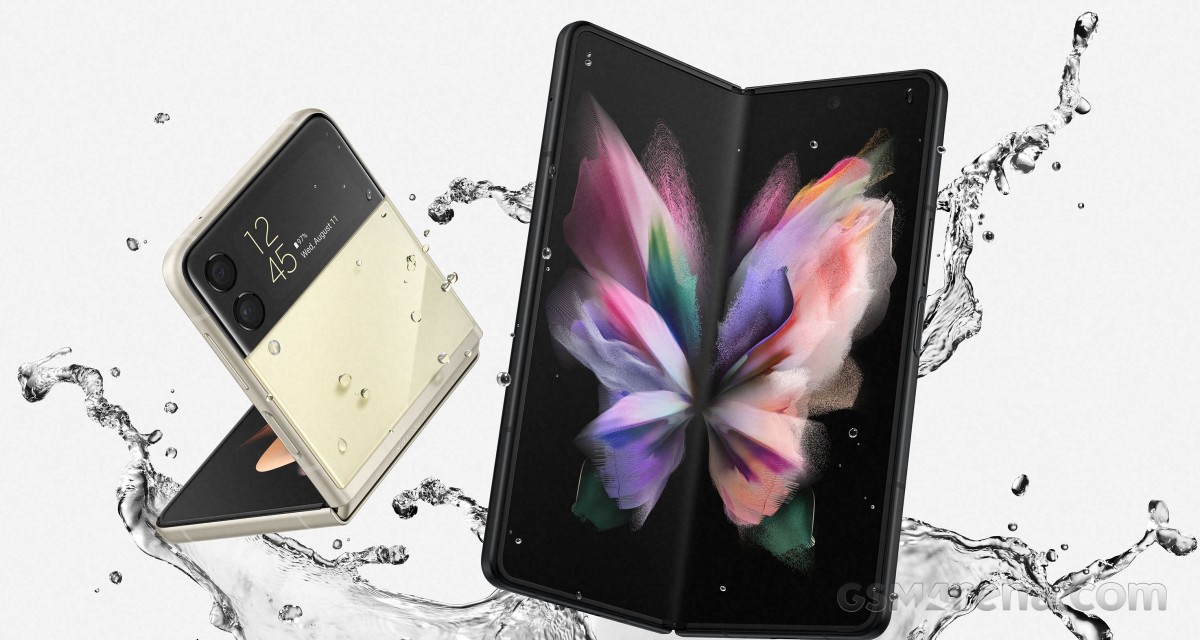 Compared to the Galaxy Z Flip 5G, the Galaxy Flip3 5G has a more functional, four times larger 1.9-inch cover display. While the 1.1-inch AMOLED cover display of the previous Flip could only show a line of text, the Galaxy Flip3 5G’s display can theoretically be used for Google Maps, Samsung Pay, to look up notifications and more, in addition to better serving as a viewfinder for taking selfies with the main camera.

A neat feature is that you can sync the wallpaper of the new Galaxy Watch4 to the cover screen of the Galaxy Z Flip3 5G. 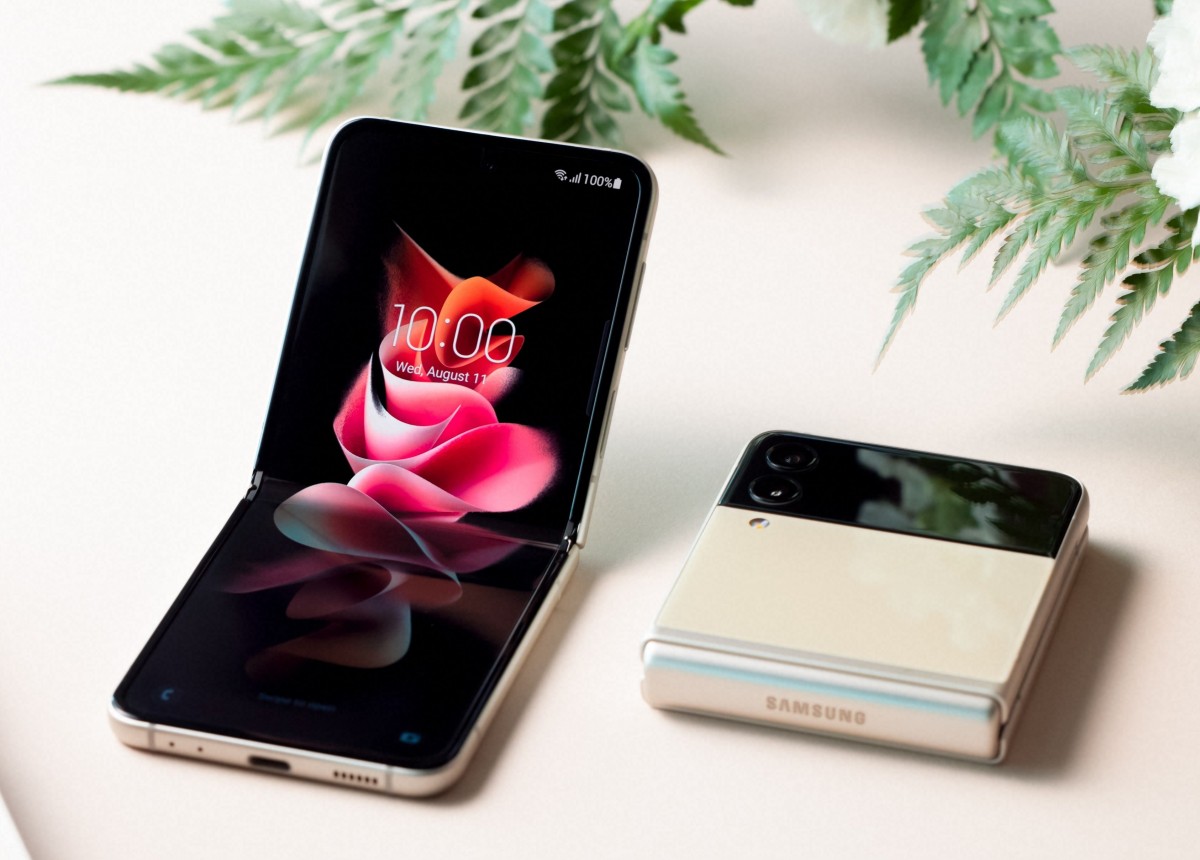 The unfolding 6.7-inch display is better this year too. While the same in both size and resolution, it now supports 120Hz adaptive refresh rate, while the previous gen was locked at 60Hz.

The other big improvement is the move to the 5nm Snapdragon 888 chipset, which is paired to 8GB of RAM and either 128GB or 256GB of UFS 3.1 storage.