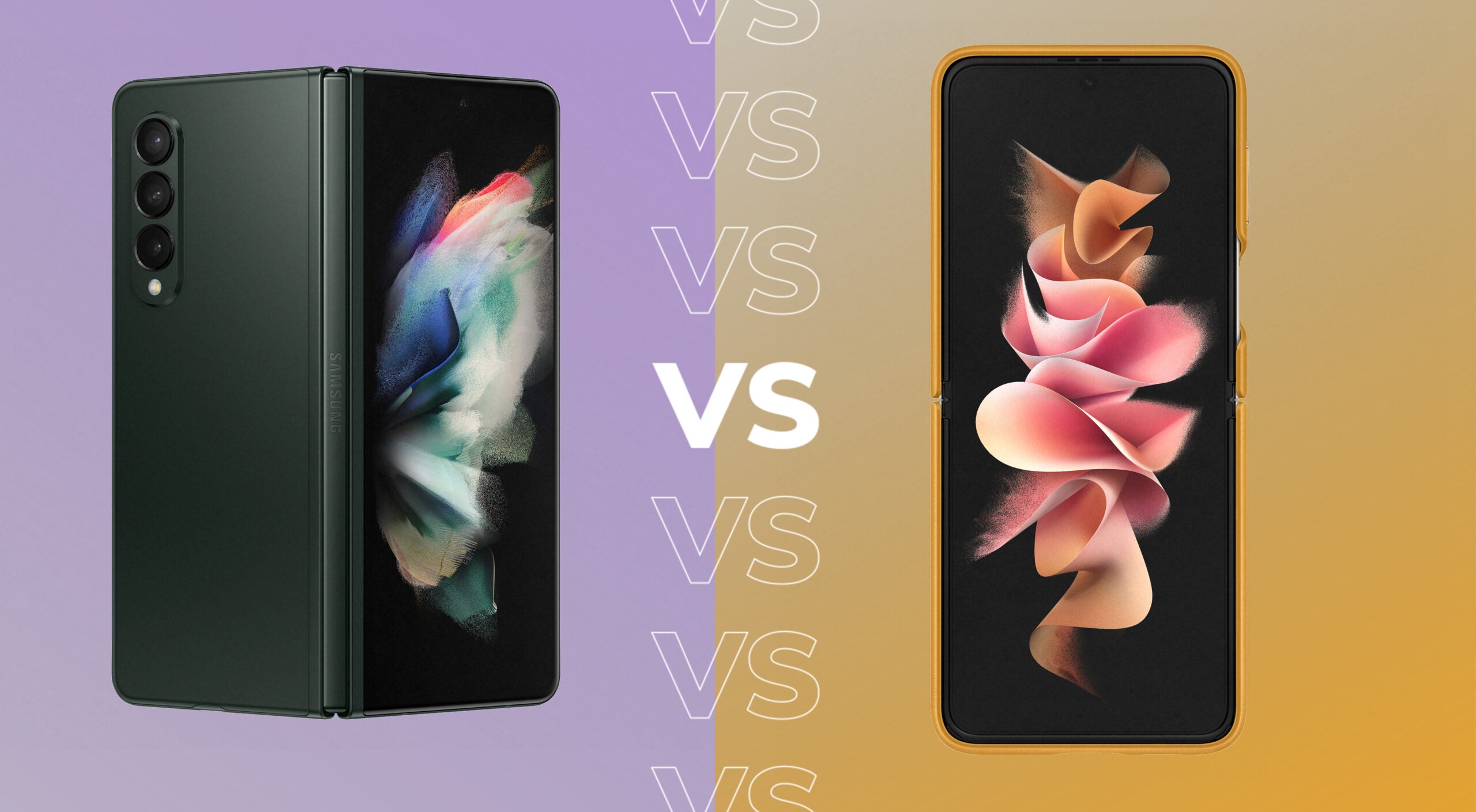 Samsung announced the latest additions to its foldable lineup today – the Galaxy Z Fold 3 and the Galaxy Z Flip 3. So, what’s the difference?

The Z Fold 3 is the successor to Samsung’s first foldable line, comprising 2019’s Galaxy Fold and 2020’s Z Fold 2, while the Z Flip 3 follows 2020’s Z Flip and Z Flip 5G, with Samsung opting to skip the number 2 to put the foldable more in line with its Fold line.

With Samsung releasing two similarly named foldable lines on the same day, it could prove tough to decide which of the two you should opt for. We’ve put together this guide to the biggest similarities and the differences between the Z Fold 3 and the Z Flip 3.

The Z Flip 3 is the more affordable of the two devices by a significant sum.

Both foldables are available from August 27.

Both the Fold 3 and the Flip 3 have two screens, boast foldable display technology (of course), and are more durable than their respective predecessors. However, their designs are still the most obvious ways in which they differ from one another.

The Flip 3, on the other hand, has a smaller 1.9-inch Super AMOLED cover screen with a resolution of 260 x 512 reserved for notifications and widgets. This folds out into a more standard phone-sized 6.7-inch FHD+ dynamic AMOLED Infinity Flex display with a 2640 x 1080 resolution and a 120Hz adaptive refresh rate.

Both the devices are more durable than their predecessors , coming with a water-resistance rating of IPX8 (a world first for foldables), Corning Gorilla Glass Victus, and Samsung’s strongest Armor Aluminium frame.

As far as colours options go, the Fold 3 is available in Phantom Black, Phantom Green and Phantom Silver, while the Flip 3 comes in seven colours including Cream, Green, Lavender, Phantom Black, Gray, White and Pink.

Both the Fold 3 and the Flip 3 are powered by Qualcomm’s flagship Snapdragon 888 processor, support LTE and 5G connectivity, and run Android 11 out of the box.

The other big difference is the camera. The Fold 3 packs five cameras in total, while the Flip 3 includes just three.

The Fold 3 has the larger dual battery of the two at 4400mAh, while the Flip 3 features a 3300mAh dual battery.

The biggest differences between these two foldables are their prices, their designs and their cameras.

For £650 more than the Z Flip 3, the Z Fold 3 offers larger displays, more RAM and storage, and two additional cameras, including a telephoto lens. The Z Fold 3 also packs a bigger battery and is compatible with Samsung’s S Pen.

That said, if you’d rather save some cash, the Z Flip 3 offers the same chipset, a 120Hz foldable screen, a more pocket-sized design and a larger array of colours for significantly less.