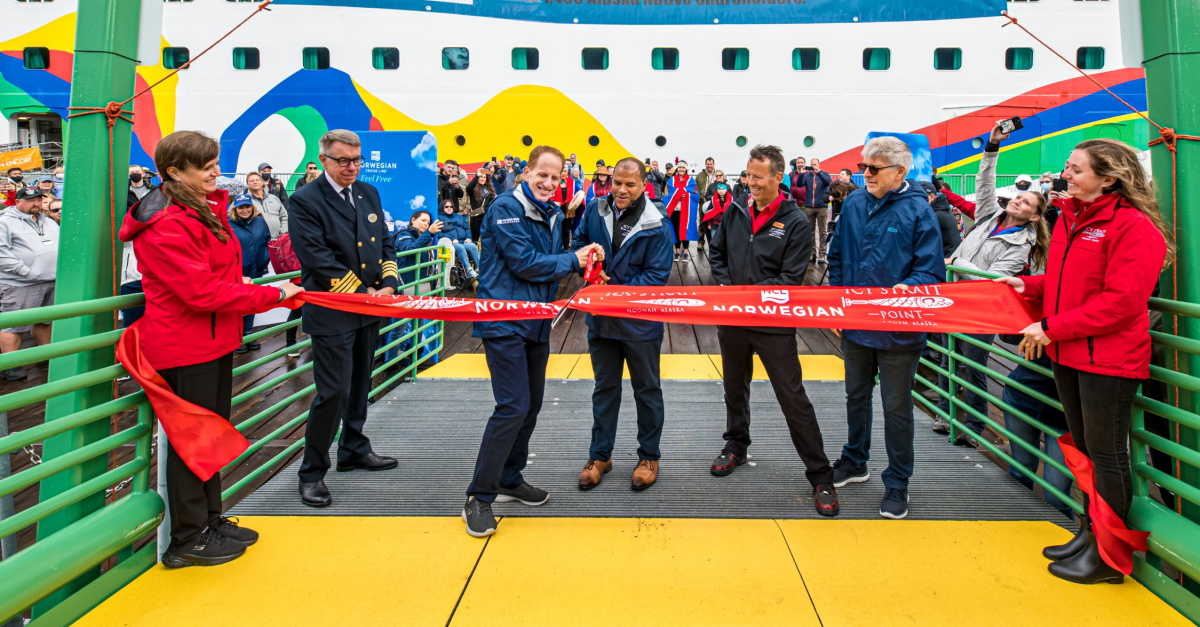 Norwegian Cruise Line has resumed operations in the US, with a sailing to Alaska on the line’s latest flagship Norwegian Encore.

The Norwegian Breakaway-plus class vessel left Seattle over the weekend and is the first cruise vessel to dock at the new Wilderness Landing Pier at Icy Strait Point.

The pier was built by the line’s parent company Norwegian Cruise Line Holdings and Huna Totem Corporation, which is run by around 1,400 Alaska Native shareholders.

On Tuesday, a double ribbon cutting ceremony (pictured) took place to officially open the pier and a new cable-car system, known as a gondola.

The Wilderness Landing is a vehicle-free zone. Once the Mountain Top Gondola is completed later this year, passengers will be carried to the top of the Hoonah Mountain.

Norwegian Encore this week will make its first calls to Juneau and Ketchikan, both Alaska, before returning to Seattle. The ship will operate week-long Alaska voyages until October 16, 2021.

Norwegian Jade became the first vessel in the line’s fleet to return to sailing when it departed Athens last month.

Harry Sommer, the line’s president and chief executive, said: “Our return to Alaska is a monumental moment for not only NCL, but for the state’s communities as well.

“The absence of cruising last year was detrimental to these communities, which lost approximately $1.5 billion.

“Our return represents our continued commitment to Alaska and to the well-being of the destinations we visit.

“Our investment in Icy Strait Point is providing our guests with more opportunities to experience and understand the natural and cultural beauty of the destination and its people.”