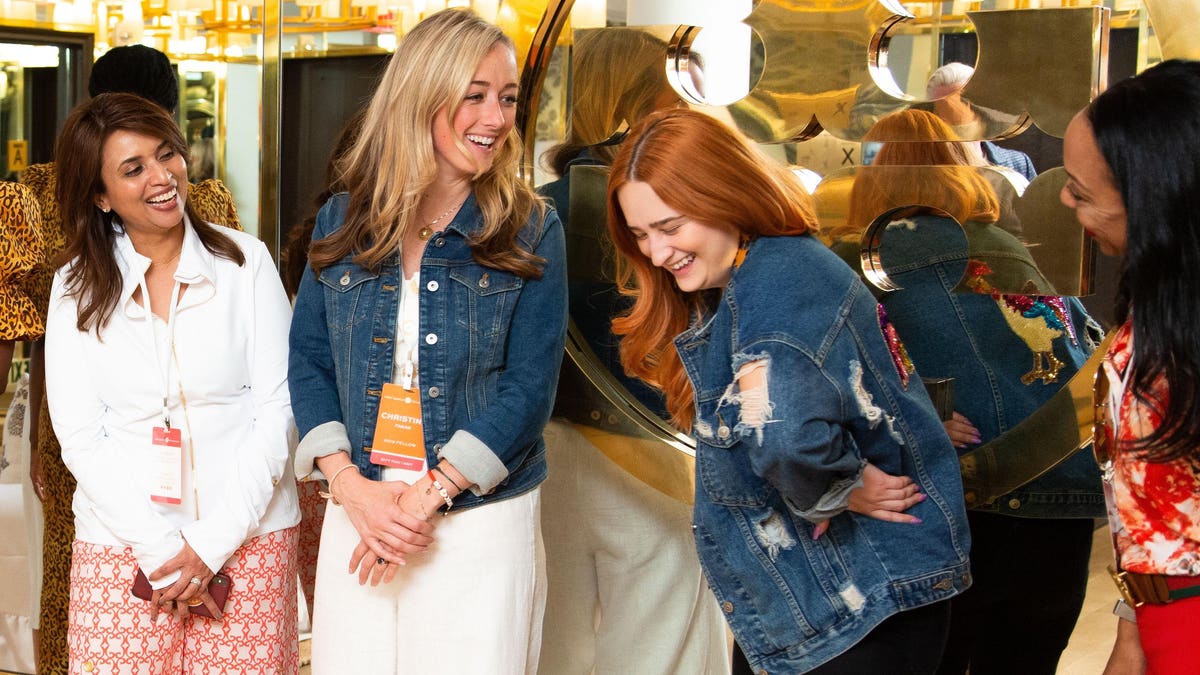 When Avani Sarkar and her brother, Viral, launched Modi Toys in 2018, they did so to teach their children about their Hindu culture in the best way they knew how: with stuffed animals and picture books. Though they’ve achieved their goal, Sarkar says the journey hasn’t been easy.

After three years in business, Sarkar was introduced to the Tory Burch Foundation’s Fellows Program by some of her fellow South Asian entrepreneurs. She applied and was accepted into the 2021 cohort, which kicked off in June.

Launched in 2015 to give women founders the support they need to succeed, Tory Burch’s eponymous initiative has given six cohorts of over 180 women more than $1.5 million in grants, and the classes of 2020 and 2021 access to no-interest loans. As long as funding to women-owned businesses remains marginal—female founders received just 2.3% of all venture capital dollars last year, down from 2.8% in 2019, according to data from Crunchbase—such grants and loans will always be welcome. But Sarkar, who earned a spot on Forbes’ Next 1000 list, says the program’s true currency is in the connections it creates.

“The monetary value, it’s the icing on the cake,” she says. “But it’s really about the access to people.”

This access, says Laurie Fabiano, president of the Tory Burch Foundation, has been especially critical amid Covid-19. “The thing that pulled them through more than anything else was each other and being able to hear how somebody else was going through the same thing,” she says. “Being an entrepreneur can be very, very lonely.”

To combat this, Fabiano says the program provides business development workshops and introductions to Tory Burch employees, who’ve made themselves available to advise fellows on challenges they may be facing, such as those related to supply-chain management. And, of course, there’s networking.

“That’s what I’m most excited to tap into—just having access to other entrepreneurs who are women, and as women we do face unique challenges, whether it’s in terms of access to capital or childcare,” Sarkar says. “It’s going to be really interesting to see how everyone has been dealing and overcoming those challenges.”

Women-owned small businesses have been disproportionately hard hit by the pandemic. In July 2020, 47% of female business owners reported that their company was in good health, down from 60% six months prior and as compared to 62% of their male counterparts, according to the U.S. Chamber of Commerce. And earlier this summer, a Goldman Sachs survey of female entrepreneurs found that 60% experienced declining revenues and 70% were forced to change their business models due to the pandemic.

“We helped with a lot of these pivots in terms of the advice that folks needed and just talking through these ideas. It was a really resilient cohort,” Fabiano says, noting how vital the sense of community fellows derive from the program has been for the 2020 and 2021 cohorts. According to a survey by Gallup, 31% of women business owners have reported declining mental health since the pandemic began, with 62% experiencing increased stress and 60% more worry.

“For them to be able to talk to the other 49 fellows and hear what they were doing to cope, both business wise and personally, it really helped them all get through it,” Fabiano says. “And they all did get through it.”