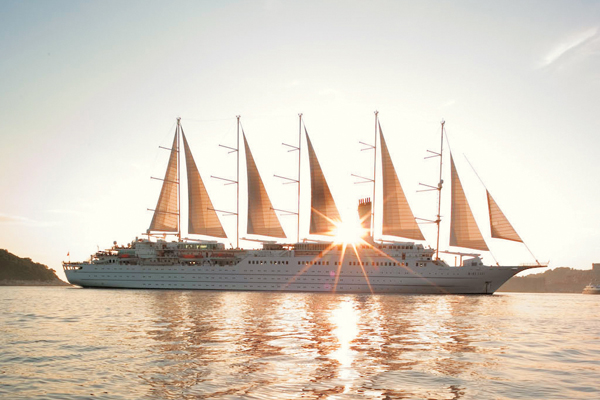 Windstar confirmed four of the line’s vessels are now back sailing following the return of Wind Star in Greece on June 19; Star Breeze in the Caribbean on July 10, and Wind Spirit in Tahiti on July 15.

All yachts are sailing with vaccinated passengers and crew.

The news comes after Star Legend’s lengthening in Fincantieri’s ship yard in Palermo, Italy, was completed in May.

Star Legend is scheduled to restart sailing in northern Europe with a Belles of the British Isles round-trip sailing from London on September 4.

Each of the three Star Plus Class ships – including Star Breeze and Star Pride – were inserted with a new section containing 50 new suites and public spaces.

The itinerary, the longest ever offered by the small ship line, visits 22 countries in the Baltic, Atlantic, Mediterranean and Black Sea.

Star Legend, which can carry up to 312 passengers, completes the sailing in Istanbul on October 12, 2023.