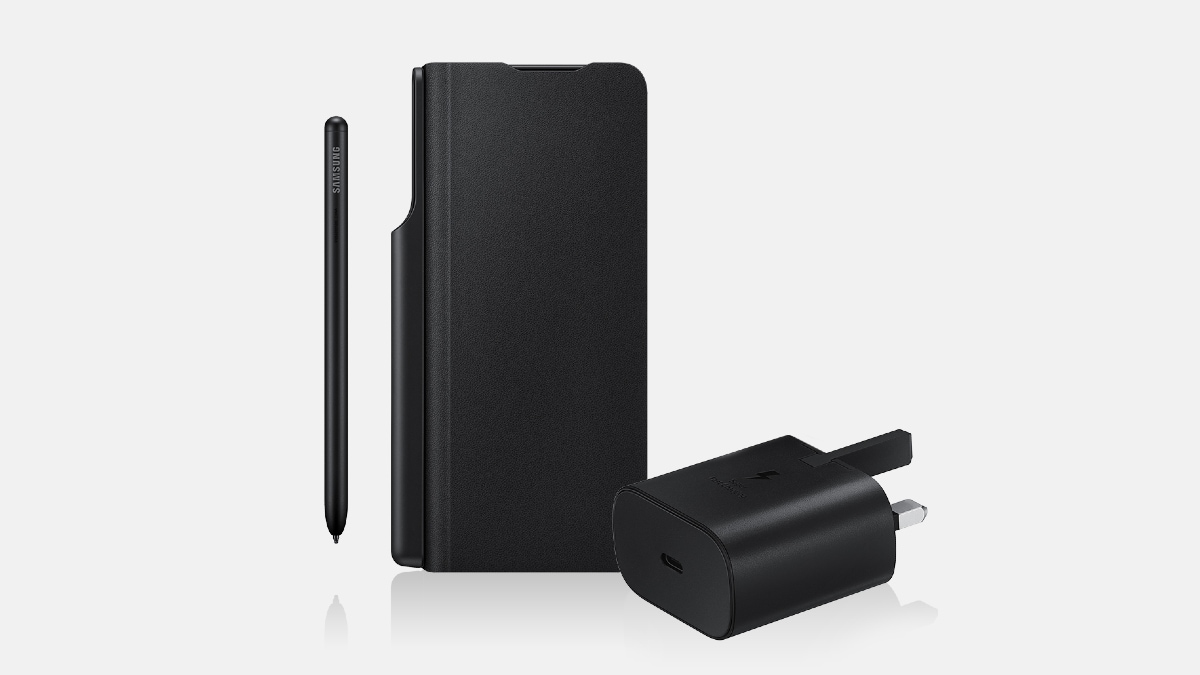 Tipster @snoopytech has leaked the rumoured ‘Note Pack’, which is expected to be bundled for free if you pre-order the Samsung Galaxy Z Fold 3. This pack, as mentioned, will include an S Pen, a case, and a charger. The adapter is tipped to be a 25W one and the Note Pack is reported to be priced at EUR 89 (roughly Rs. 7,700). The tipster has shared an image of what these accessories will look like, and it can be seen that the case comes with a holder for the S Pen as well.

Samsung has confirmed that the Galaxy Note series won’t be launched this year. This rumoured ‘Note Pack’ is likely to satiate the cravings of all those who are accustomed to the stylus. The introduction of a separate adapter inside the pack raises questions on whether one will be bundled inside the box or not.

Whether Samsung introduces this ‘Note Pack’ as a pre-order bundle will be known tomorrow, August 11 at the Galaxy Unpacked event at 7:30pm IST (10am ET).