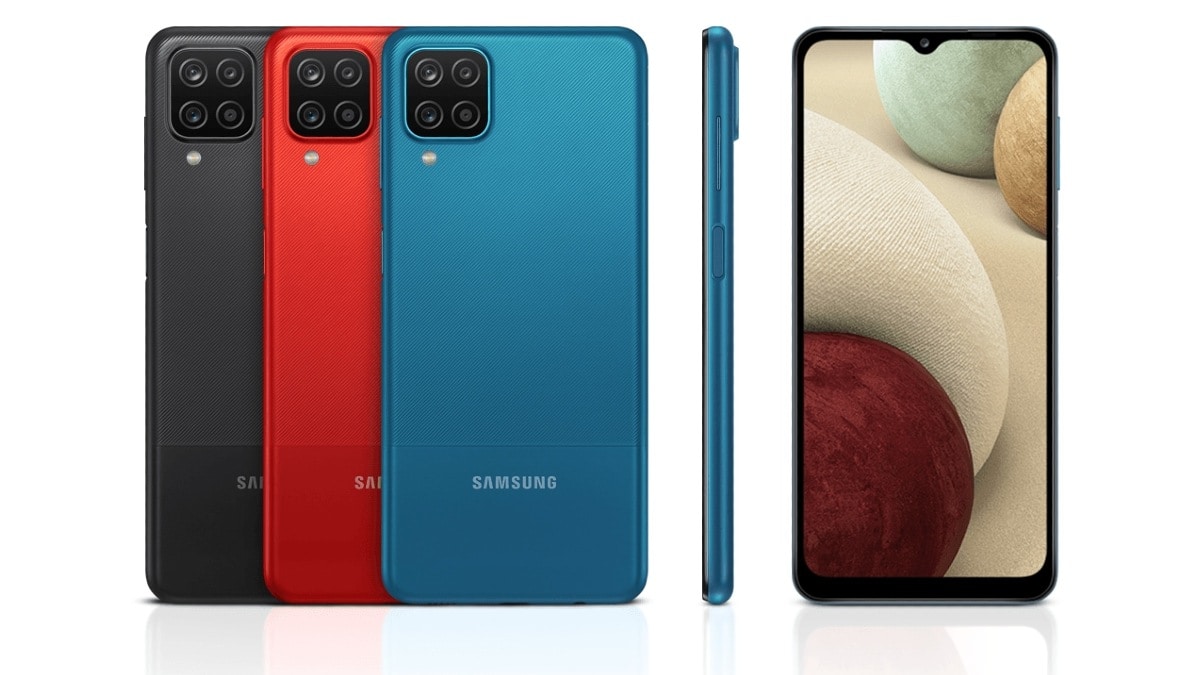 Samsung Galaxy A12 Nacho has quietly been launched in Russia by the South Korean company as an upgrade to its Galaxy A12. On the specifications front, the new smartphone is quite similar to the original Galaxy A12 that arrived in November last year. It, however, appears to have a new Exynos chip to deliver an updated experience over the earlier model that had a MediaTek SoC. Samsung Galaxy A12 Nacho features three distinct colour options. The launch of the Galaxy A12 Nacho notably comes at a time when Samsung is busy preparing for the next Galaxy Unpacked event where it is unveiling its new foldable phones that could be called the Galaxy Z Fold 3 and Galaxy Z Flip 3.

Samsung Galaxy A12 Nacho price has been set at RUB 11,990 (roughly Rs. 12,100) for the 3GB + 32GB storage variant, while its 4GB + 64GB storage option carries a price tag of RUB 13,990 (Rs. 14,100). The phone comes in three different colour options — Black, Blue, and Red. It is currently limited to Russia and is available for purchase in the country through the company’s official website. PriceBaba initially reported the availability of the Galaxy A12 Nacho.

The dual-SIM (Nano) Samsung Galaxy A12 Nacho runs on Android 11 with One UI Core 3.1 on top. It features a 6.5-inch HD+ (720×1,600 pixels) PLS TFT display with a 20:9 aspect ratio. The phone is powered by an octa-core SoC that is reported to be Exynos 850 (no details mentioned on official website), along with up to 4GB of RAM. It comes with a quad rear camera setup that houses a 48-megapixel primary sensor with an f/2.0 lens, along with a 5-megapixel ultra-wide shooter, a 2-megapixel depth sensor, and a 2-megapixel macro sensor.

For selfies and video chats, Samsung Galaxy A12 Nacho sports an 8-megapixel selfie camera sensor at the front with an f/2.2 lens.

Samsung Galaxy A12 Nacho comes with up to 64GB of onboard storage that supports expansion via a microSD card (up to 1TB). Connectivity options include 4G LTE, Wi-Fi 802.11 b/g/n, Bluetooth v5, GPS/ A-GPS, NFC, USB Type-C, and a 3.5mm headphone jack. Sensors on board include an accelerometer, ambient light, and a proximity sensor. There is also a side-mounted fingerprint sensor.

Samsung has provided a 5,000mAh battery that is claimed to deliver up to 20 hours of constant Internet usage on a single charge. The battery also supports 15W fast charging. Besides, the phone measures 164.0×75.8×8.9mm and weighs 205 grams.

Can Nothing Ear 1 — the first product from OnePlus co-founder Carl Pei’s new outfit — be an AirPods killer? We discussed this and more on Orbital, the Gadgets 360 podcast. Orbital is available on Apple Podcasts, Google Podcasts, Spotify, Amazon Music and wherever you get your podcasts.
Affiliate links may be automatically generated – see our ethics statement for details.
Tags: mobiles