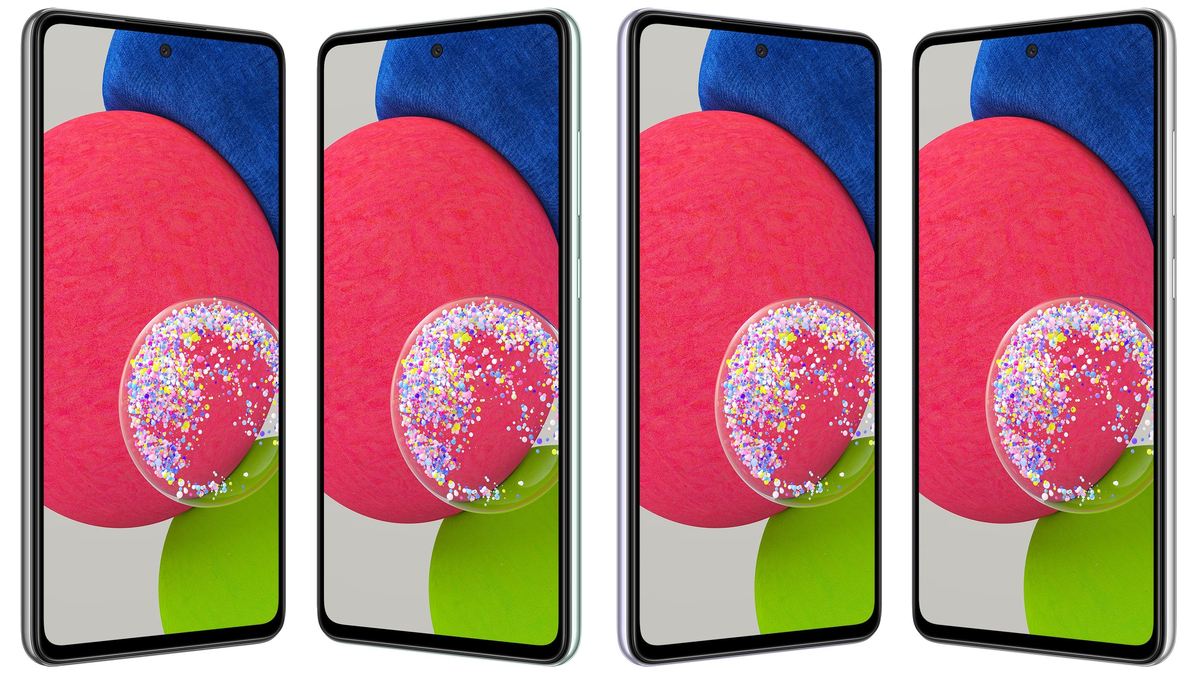 Samsung Galaxy A52s 5G price, specifications, and renders have allegedly leaked online once again. The new information comes via a leaked document cited by a publication. The smartphone’s official-looking renders show a very similar design to its predecessor — Samsung Galaxy A52 5G — with a quad camera setup at the back and a centrally-placed hole-punch cutout for the selfie camera. Samsung Galaxy A52s 5G has also been spotted on the Bureau of Indian Standards (BIS) certification website, suggesting that it may launch in India soon.

As per the document cited in a report by GizNext, the Samsung Galaxy A52s 5G will be priced at EUR 449 (roughly Rs. 39,200) for its sole 6GB RAM + 128GB storage variant. The alleged price of the smartphone matches an earlier tip that said the Galaxy A52s 5G may retail for EUR 450 and a recent retailer listing that suggested the smartphone would be priced at EUR 434.64 (roughly Rs. 37,900).

The Samsung smartphone is said to come in four colour options — Awesome Black, Awesome Mint, Awesome Purple, and Awesome White — as per the new leak. The colour options and renders, too, are similar to an earlier report that tipped details about the rumoured smartphone.

The leaked document suggests that the smartphone will get a Snapdragon 778G SoC — information also suggested by its Geekbench listing as well as US FCC certification — paired with Adreno 642L GPU. The smartphone may feature a 6.5-inch full-HD+ Super AMOLED Infinity-O display with a 90Hz refresh rate and a hole-punch cutout for the selfie camera.

Samsung Galaxy A52s 5G may get a 64-megapixel primary sensor, a 12-megapixel ultra-wide sensor, a 5-megapixel macro shooter, and a 5-megapixel depth sensor. It may also get a 32-megapixel selfie shooter. The smartphone may pack a 4,500mAh battery that is said to support 25W fast charging.

As mentioned, the smartphone has also been spotted on the US FCC and BIS certification websites, suggesting that the smartphone could launch in India and other markets soon. The FCC listing suggests the Galaxy A52s 5G could get 12 5G bands, Wi-Fi 6, Bluetooth, and NFC connectivity. The BIS certification suggests that the Indian variant may only get two 5G bands, but may get an additional 8GB RAM configuration.

Can Nothing Ear 1 — the first product from OnePlus co-founder Carl Pei’s new outfit — be an AirPods killer? We discussed this and more on Orbital, the Gadgets 360 podcast. Orbital is available on Apple Podcasts, Google Podcasts, Spotify, Amazon Music and wherever you get your podcasts.