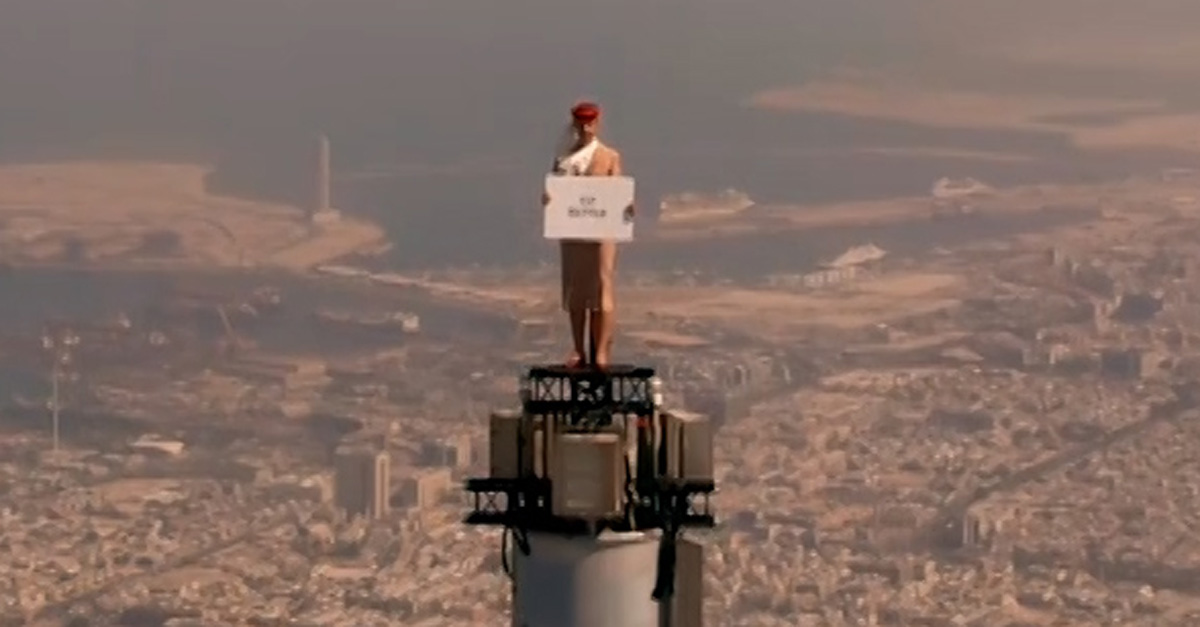 An Emirates cabin crew member has scaled the world’s tallest building in full uniform for the airline’s latest advert.

The 33-second ad opens with a close-up shot of the flight attendant holding message boards that read: “Moving the UAE to the UK amber list has made us feel on top of the world.”

As the camera pans out, viewers can see that she is balanced with the help of harnesses on the Burj Khalifa by Emaar in Dubai, United Arab Emirates – 828 metres above the ground.

The unnamed cabin crew member, who answered a casting call from her employer, joins only a handful of individuals, including actor Tom Cruise and the Crown Prince of Dubai, to stand in the 1.2 metre space at the top of the building.

The ad was filmed without any special effects or green screen, the carrier said.

Those involved with the filming, which began at sunrise, climbed for more than an hour and 15 minutes from level 160 of the Burj Khalifa by Emaar.

The team was at the top of the building for about five hours. After initially running in the UK, the ad will be adapted and aired in several markets across its network, incorporating relevant messages for different audiences.

“The calm and confidence of the cabin crew you see in the ad is an embodiment of our frontline team, serving travellers and ensuring their safety.”

Emirates is also offering its customers visiting Dubai or travelling through the city a free day pass to the World Expo, that runs from October 1, 2021, to March 31, 2022.

Return tickets to or through Dubai are eligible, but one-way ticket holders traveling via the city can receive the complimentary pass if their connection time is at least six hours.