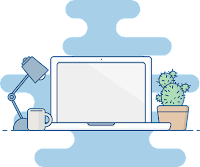 Nimbus Screenshot is a free Chrome extension that I’ve been using and recommending for the last half-decade. It offers tools for creating screencast videos and annotated screen capture images. Nimbus Screenshot includes a feature called Select & Scroll that proved to be very handy to me last week. Select & Scroll lets you capture not only what is currently visible on your screen but also what’s visible when you scroll downward.

I’ve been working on a project over the last few weeks that has required me to create a lot of annotated screen images. I’m making those as visual aids for explanations. On Friday I had an instance in which I needed to annotate something at the top and bottom of a screen. Unfortunately, what was at the bottom was only visible when scrolling downward. I could have taken two screen captures then merged them together. The easier option was to use Nimbus Screenshot’s Select & Scroll feature. After using Select & Scroll to capture my screen I was then able to use all of Nimbus Screenshot’s editing tools to adding circles, arrows, and text to my captured image. That was a lot easier than trying to merge two screen captures together.


Applications for Education
When explaining to students how to use a new tool it is often easier to show with them with a screen capture than it is to write out an explanation. An annotated screen capture can also be useful in highlight errors or highlighting good things in a students’ work.