A UK breaks and coach specialist travel agency and tour operator took nearly 100 bookings on the opening day of its third store in Wales.

Travel with Matthew’s latest shop opened its doors in the premises of the former Tailor Made Travel store in Treorchy on August 3.

Champagne and themed cup cakes were laid on for the opening, which was attended hundreds of customers as well as characters Mickey and Minnie, Woody and Buzz, L.O.L dolls and Paw Patrol. 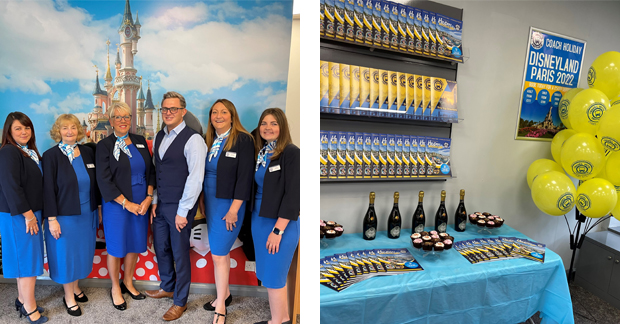 Managing director Matthew Sutton (pictured in blue shirt, with his team at the Treorchy shop) said: “The opening day was very successful. Everyone passed comment on how nice the store was, and the support shown was great!

“We accepted 97 bookings into our reservation system on day one at Treorchy; a great start to a new adventure! Our team worked incredibly hard and we’re so thankful for the hard work and commitment they’ve shown already.” 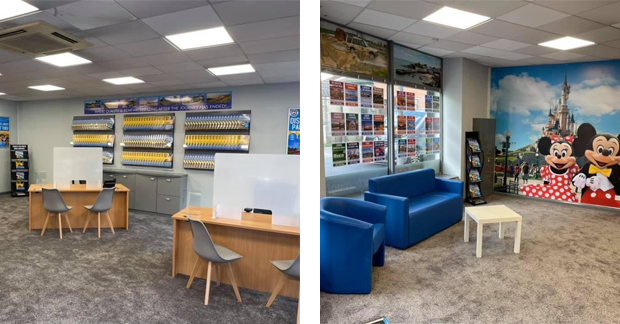 Travel with Matthew, which does not sell flights, puts together its own UK holidays including hotel, cottage, lodge and caravan breaks, as a tour operator using local coach firms, and targets a younger demographic. It has commercial deals to sell through third party agents including Hays Travel and The Travel House.

The business was set up in 2019 and also operates as a travel agency, selling UK breaks through domestic tour operators such as Shearings, Leger Holidays, Just Go! Holidays and Hoseasons.

Spoil Yourself with the Trip you’ve been Craving this Fall