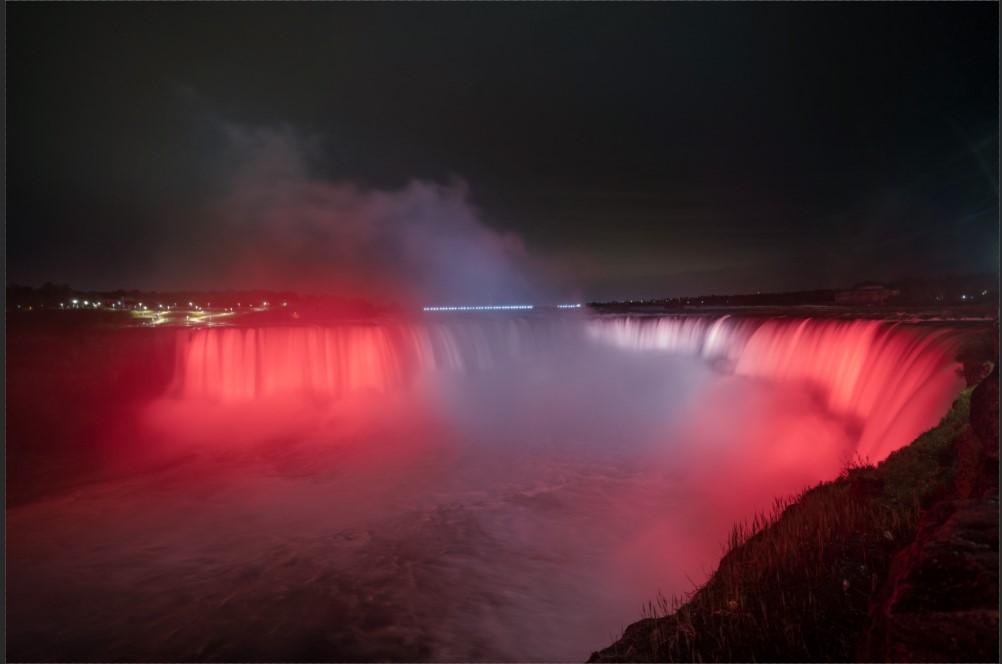 Niagara Falls, ON – The Niagara Falls Illumination Board will be illuminating both the Canadian Horseshoe and American Falls, alternating between red, white and gold tonight from 9:30 to 10 p.m. in recognition of Canada’s gold medal-winning women’s soccer team.

After winning bronze at the 2012 London Games and again in 2016 in Rio, the Canadians achieved a thrilling victory over Sweden to secure their gold medal in Tokyo, the first Olympic gold medal in women’s soccer ever achieved by Team Canada.

The Falls will be illuminated in an alternating pattern, changing every five minutes between red and white, followed by bright gold, from 9:30 to 10 p.m. this evening. The illumination is also an opportunity to celebrate and recognize the achievements of Canada’s entire Olympic team at the 2020 Games in Tokyo.