Whales and dolphins are awesome. They are intelligent, self-aware, socially complex and they need and deserve our protection. But, did you know they are also our allies in fighting the climate crisis? 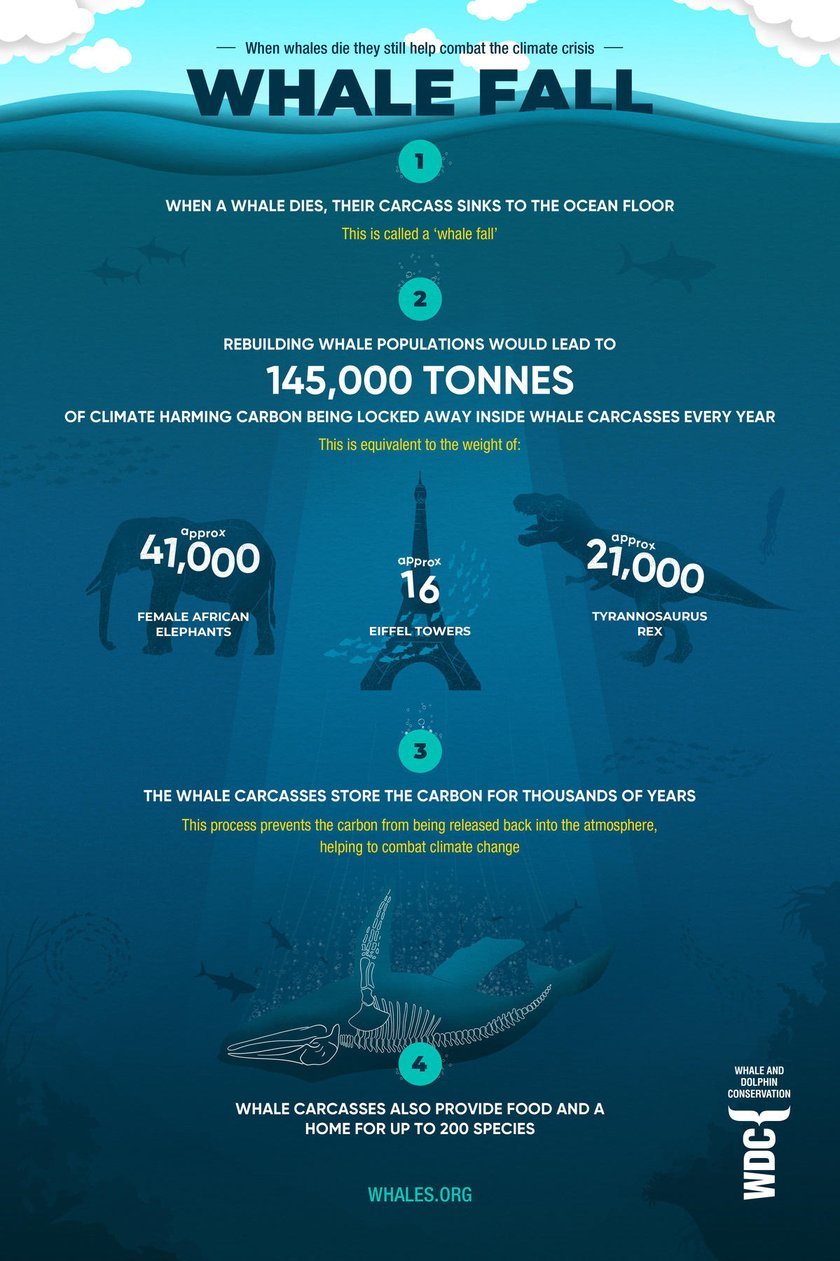 Like giant swimming trees, these magnificent beings remove harmful carbon from our atmosphere and store it in their bodies and they do this simply by eating their favourite food – tiny plant-like creatures called phytoplankton. These little marvels absorb carbon dioxide from the atmosphere by photosynthesis, then fish and other plankton eat them, and then whales eat the fish and plankton. And so the carbon moves up the food chain. The carbon that is not released as carbon dioxide by the whales when they breathe, is concentrated in their bodies over time.

As if that isn’t incredible enough, whales also help save the planet with their poo! Whale faeces is packed full of nutrients which fertilise phytoplankton and, as well as absorbing carbon, phytoplankton also release half the world’s oxygen. You could say they give you every other breath you take. If you think of forests as one of the Earth’s lungs, the ocean is the other. 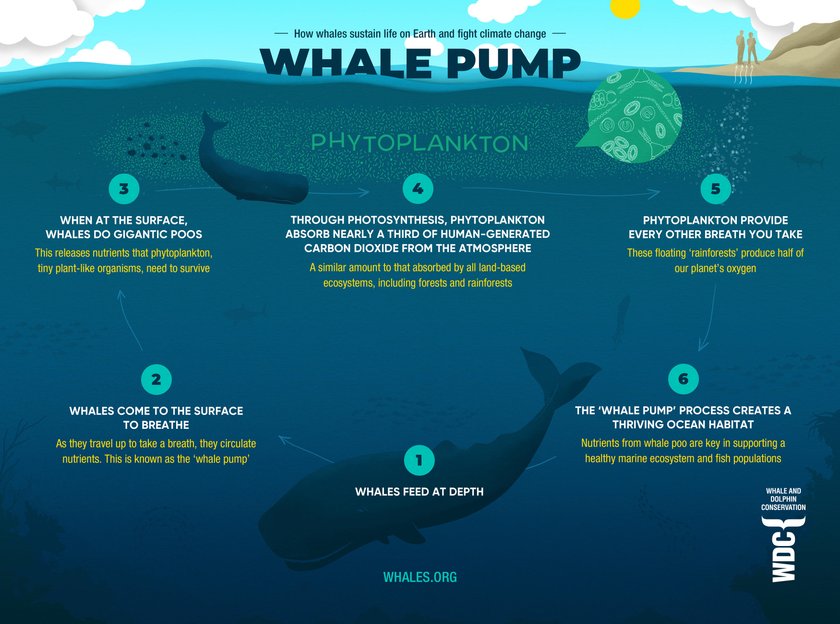 When humans slaughtered more than three million whales in the 20th century, we didn’t just kill sentient, intelligent individuals with families, societies and cultures, we removed huge carbon stores and these whales’ contribution to fighting climate change.  Allowing whale populations to recover will have an enormously beneficial impact on climate change.

WDC, Whale and Dolphin Conservation works to protect whales and dolphins from the many threats they face:

Preventing these threats means more whales. And more whales mean more carbon can be removed from our atmosphere and more whale poo to keep the ocean healthy and ‘breathing’. 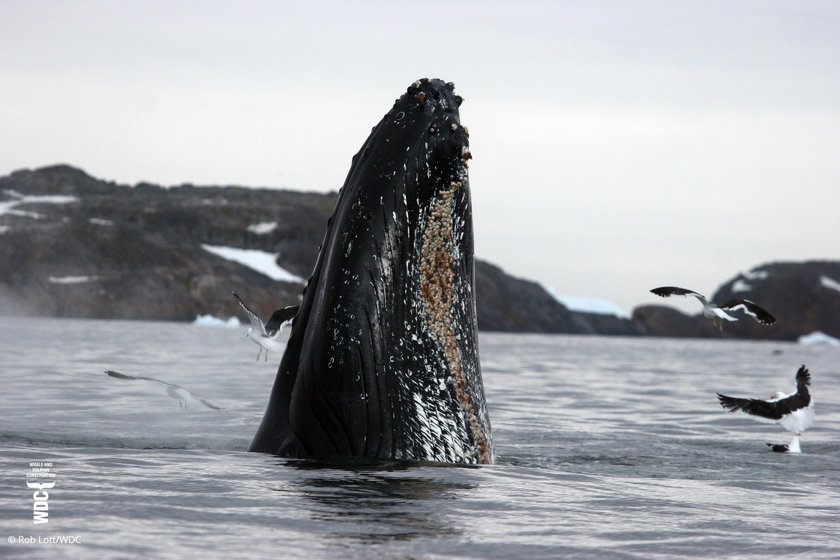 We need whales in our climate plans

WDC’s Green Whale project is dedicated to ensuring that climate policymakers understand the enormous role of whales and dolphins in helping us achieve our climate targets by restoring a healthy ocean and a healthy planet.

Whales and humans are in this together – if we save the whales, we will help save the world. They are doing their bit so it’s time we humans honoured our part by making sure they can thrive.

You can help to make a big impact on one of the world’s biggest challenges, by getting behind the world’s biggest creatures. Check out skylum.com/oceans to find out more about how you can join the fight to ensure every whale and dolphin is safe and free,  or simply donate to WDC now. By supporting WDC you’ll help fund more research into the contribution whales make in maintaining a healthy planet. The more compelling evidence we have, the more effectively we can lobby governments and policymakers to include whale conservation in their climate plans.