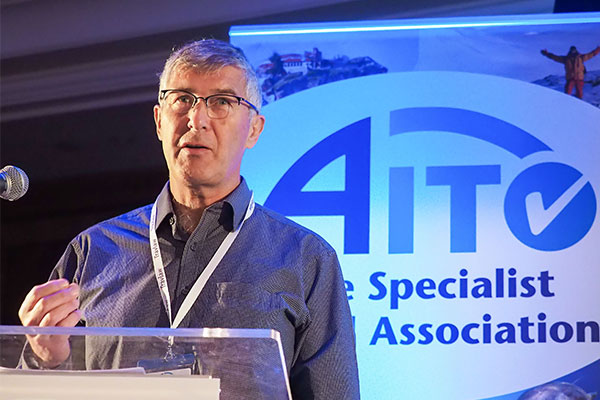 Consumer group Which? has been slated for using “bully-boy” tactics by tour operators that feel they have been unfairly ‘red-listed’ for not responding to a refunds survey.

Twenty companies were added to the Which? red list – but the group confirmed to Travel Weekly that only seven of those had responded to its “repeated requests” for information on refund policies.

Aito, the Specialist Travel Association, led the criticism of Which?, which has been critical of the travel industry over refund practices since the start of the pandemic.

It said the “so-called consumer champion” uses “bully-boy tactics” in its latest report, used to launch a Holiday Checker tool on its website.

Aito demanded Which? “scraps” its upcoming issue, which it understands is currently being despatched to subscribers, along with its press release which has been sent to various news desks.

The association, which represents 200 small and medium-sized companies, urged Which? to “withdraw in full all its misleading and incorrect statements”

Chairman Chris Rowles said: “In a pandemic, when no travel company has been able to trade for 17 months and all have had to dig deep into their own pockets to refund customers as quickly as they could (in the absence of refunds from many airlines and accommodation providers), one expects better of our so-called consumer champion, Which?”

“Some of these companies aren’t even trading at present – their destinations are closed, and so are they. They have nowhere to send clients. How bonkers this is; but it is also seriously commercially damaging to those companies listed, who plan to re-open if possible in due course.”

Rowles suggested “it may have escaped the attention of the team at Which? that, during the pandemic, travel companies have earnt no income whatsoever”, explaining: “They are paid only when clients depart on holiday, and our government has not permitted any outbound travel from the UK except, mostly, for truck drivers.”

Rowles said: “This is clearly not normal business practice (to work for no payment whatsoever) and one would hope that those who run Which? might perhaps have been a tad more understanding than normal in recognition of these key facts and the struggle to survive that the travel industry has faced over the past year and a half.

“To have a seemingly well-respected publication, known for its efforts on behalf of consumers, declaiming specific tour operators as ‘red-listed’ – meaning that Which? recommends consumers don’t book holidays with them due to their refund policy if customers are unable to travel due to Covid, is hugely damaging to those businesses.

Addressing the point of companies being red-listed for not responding, Rowles said it was “outrageous” that “beleaguered” tour operators “working their socks off to respond to client queries” with a shell staff can be red-listed on the basis of not responding to a four-page survey.

“We expect and demand that Which? immediately retracts its current issue and all its press statements,” added Rowles. “Which? has not got its facts straight.

“A fulsome apology would be much appreciated, along with some support for what are decent, hard-working people, hit particularly hard during Covid by being unable to trade for 17 months.”

Beachcomber Tours, one of the firms red-listed for not responding to Which? said it “strongly refutes” its inclusion and insisted it has refunded all customers within 14 days of a refund request since April 2020, without fees.

Beachcomber said it is “not legally required to participate” in the Which? survey and that it was unfair to include it on the ‘red list’ because of failure to respond.

In a statement, the operator said: “The claims have not been based on guest and partner experience, which is the best showcase of our policies. Our track record shows that we have honoured all customers with refunds or date moves, and we are only booking travel from October 1, 2021, in the hope that customers will not need to cancel or move their future bookings.

“Within the travel trade we have consistently been recognised as one of the most supportive operators, with staff on hand to look after existing bookings and ensure a speedy refund process, and we believe if Which? had approached our customers or partners they would have received a more accurate picture of how we have handled cancellations throughout this period.”

The operator, which sells Mauritius, Seychelles, Oman, Morocco, the Maldives and UAE, said all trips that were cancelled were refunded, adding: “most of our destinations have remained closed so we have not been organising travel”.