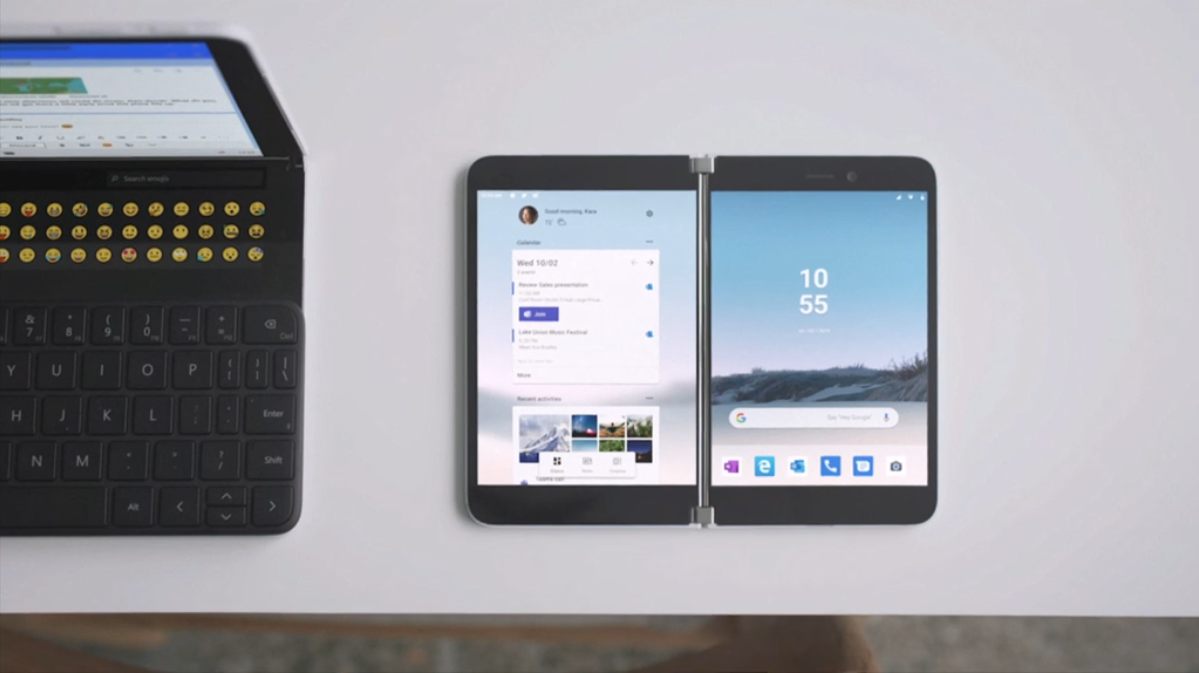 Want to get Microsoft’s folding phone on the cheap? Act fast to get almost 50% off the Surface Duo in both 128GB and 256GB options.

Even though foldable screen technology has shown remarkable improvement thanks to the perseverance of Samsung and Motorola, it still doesn’t offer the same level of durability as a standard screen, which is why the Microsoft Duo might be a far more tempting buy.

While the cheaper 128GB version launched with an eye-watering £1349 RRP, you can now bag that very same phone for an unbelievably discounted rate of just £679. This is by far the best deal we’ve seen yet for the Surface Duo and so if you’ve been holding out to get it at a cheaper price, then now is the time to buy.

There also a price drop on the 256GB version if you fancy packing a little extra storage in your new phone for photos, apps and any films or shows you might download.

At just £729, the 256GB version really isn’t all that more expensive than its lesser counterpart, making for a highly tempting buy for your next smartphone upgrade.

Even though the Surface Duo 2 is on the way, it’ll be a very long time before it gets anywhere near this level of affordability. The Surface Duo is still a great option for those looking for their next handset, as the two displays allow the device to handle multitasking like no other phone.

Plus, some apps are optimised to make great use of the dual-screen functionality. The Kindle app for instance lets you read on both screens simultaneously, making the whole experience feel far more akin to that of reading a real life paperback.

Given that this is such a monumental price drop on what is a very experimental device compared to the typical smartphone fodder, don’t expect the offer to hang around much longer if you want to make good use of it.