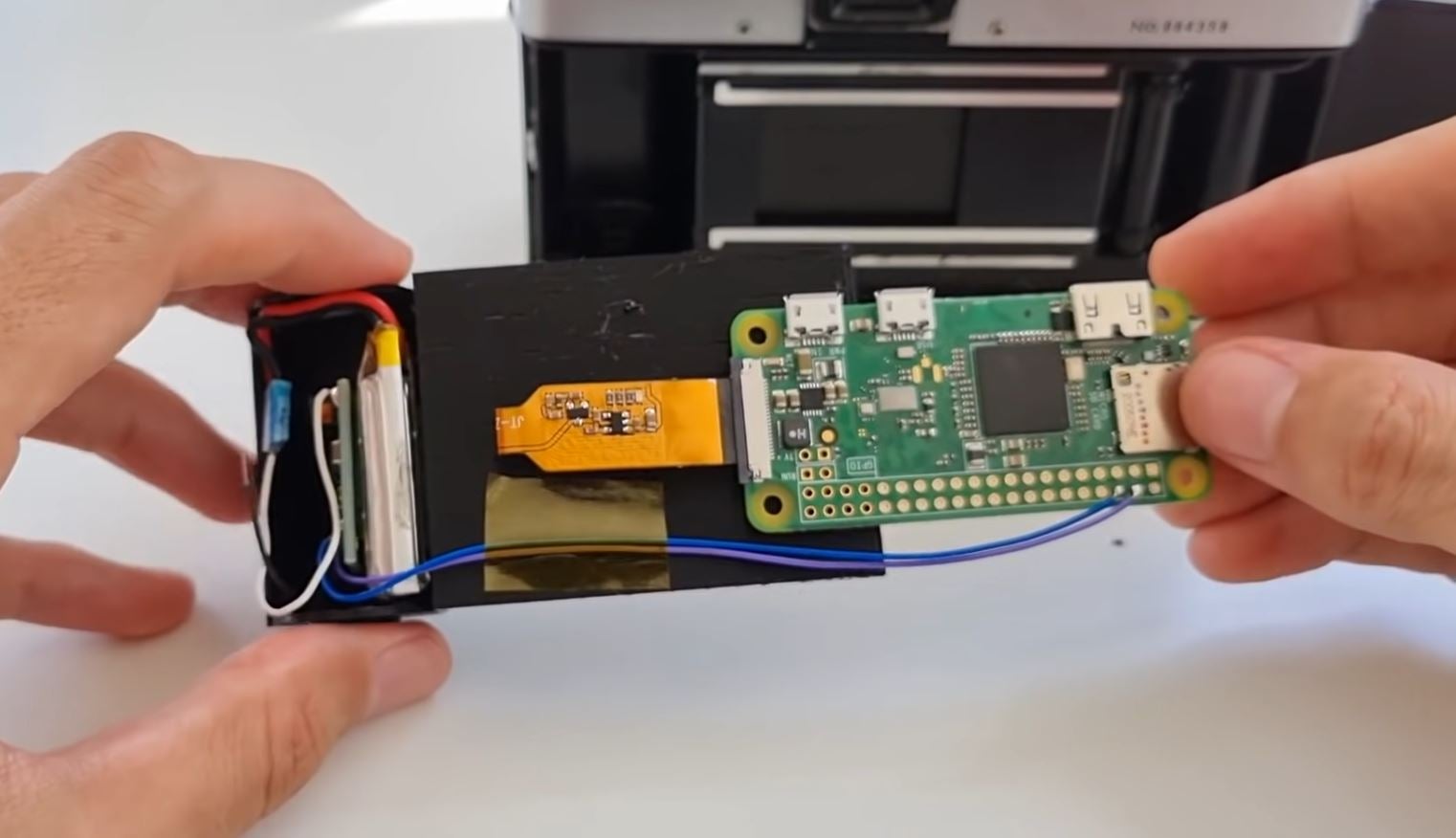 Trying to imitate film cameras with digital cameras has a long—and frankly mediocre—history. It’s only with multi-thousand dollar medium format cameras with digital backs or by using adapters to attach vintage lenses to mirrorless cameras that there’s been much success. Which is why we’re all pretty excited with what YouTuber and hacker befinitiv was able to pull off using a Raspberry Pi, a 50-year-old film camera, and some second-grade arts and crafts skills. Check out the video below to see it all in action.

What you need to make this work

While the video is light on specific instructions, it’s pretty easy to puzzle out what’s going on. To do this yourself, you’ll need some basic knowledge of how a Raspberry Pi works and the willingness to Google any issues you run into. If you’re not familiar, Raspberry Pi is a tiny, low-power computer that hackers can mold into a wide variety of cool DIY projects.

From a hardware perspective, the first thing you need is an analog film camera. In the video, befinitiv uses a Cosina Hi-Lite DLR from the 1970s. While you could possibly make this work with any old film camera, we suspect that older is probably better. You want something that has manual focus and manual aperture control, and ideally a manual shutter with bulb mode. The more electronics there is, the more likely you are to run into issues—or break things.

On the electronics front, you need a Raspberry Pi Zero W, a Raspberry Pi Camera Module with the lens removed, a small LiPo battery, and a DC converter of some kind. While befinitiv doesn’t specify what software he’s running, any OS that enables you to live stream from the camera over WiFi will work.

You’ll also need some cardboard, an old film canister, a pair of scissors, and whatever other crafting materials you can scrounge up.

As cool as this project is—and as keen as I am to build it—it does have a couple of quirks that mean the big brains at Hasselblad aren’t losing any sleep.

First, as you can see from the video, everything is ridiculously zoomed in. This is because the Raspberry Pi camera uses a 1/4” sensor—that’s roughly one-tenth the size of a piece of 35mm film. You could somewhat get around this by using a better camera module, though you’d still have a crop-factor of around 5x.

Second, the Raspberry Pi is really just sitting inside the camera. It would take some serious customization to hook it up so the shutter button actually triggers the camera to take a photo. From the video, it looks like befinitiv is using bulb mode—or a shutter lockup—to keep the shutter out of the way and then just controlling things from his laptop.

Third, with the shutter locked up, the viewfinder won’t work. This means you probably won’t be able to wander around doing street photography.

But still—just because this isn’t a perfect way to turn every old film camera into a digital camera doesn’t mean it’s not a super project that can get some more use out of any old cameras you have lying around.