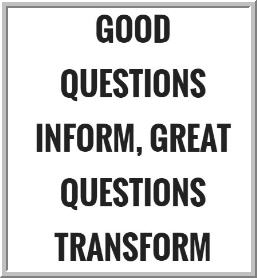 In recent meetings with traders, I’ve heard a similar question:  When are stocks going to come down?  Those traders have been frustrated by the seeming steady march higher, as time and again, they have tried to sell “overbought” stocks and indexes.
When I hear the same question again and again, I’ve found it’s usually the wrong question.
Here’s an example of a good question, which I define as a question coming from a fresh, unexpected perspective:
“Last week, we saw a majority of SPX stocks trading below their 50-day moving averages, according to the Index Indicators site.  After such a correction, what has the market done when we’ve returned to a situation where over 50% of stocks are trading above their 50-day moving averages?”
Note why this is a good question:  It ignores what the chart looks like and instead defines correction as any period in which the majority of stocks trade below their moving average.  By that definition, a correction has already occurred, even though it looks as though we’ve simply moved higher.
Good questions often are grounded in what is not obvious.
Well, according to the backtesting function of Index Indicators (see the MarketCharts.com site for even more extensive backtesting), we’ve had 10 instances over the past two years in which stocks have traded below their 50-day moving averages and then crossed back above.  All 10 instances were profitable 10 days later, by an average of +3.16%.  Indeed, just these 10 instances accounted for well over half of all SPX gains over the two year period.
So far, it’s been a good trade.
To be sure, 10 instances does not constitute proof, and one would not build an algorithmic trading system on such limited data.  But I’m not looking for proof or systems; I’m looking for promising hypotheses.  Once I have those and I notice that everything I look at intraday is confirming the hypothesis, I have an idea worth trading.
Very often, when I have traded poorly, I have not grounded my trading in good questions.
There’s no sense working on your “trading psychology” if you’re looking at the same charts and trading the same way as everyone else.  Our edge comes from uniqueness of perception and analysis.  That’s true in every human endeavor.
Further Reading: