There’s nothing better than switching on your new iPhone for the first time, safe in the knowledge that you have a brand-new charging cable ready and waiting to provide that essential shot of juice when the battery first begins to run low. On the flip side, no feeling is as crushing as plugging in that same iPhone a few months down the line to a well-worn and splitting cable that chooses that moment to breathe its last.

For as much as we enjoy the iPhone line of smartphones, we can’t in good conscience say that the official charging cables provided are always guaranteed to last the life cycle of the device itself. Fortunately, there are many companies that make exceptional, and in many cases affordable, replacements to the standard-issue charging cable, with some even being wireless.

With so many options online, it can be a daunting task to find the right replacement charging cable for you. Fortunately, that’s where we come in. In this article, we’ve selected the best replacement iPhone charging cables for you, so you can buy a new lead with confidence.

The best charging cables for iPhones: At a glance

How to choose the best charging cable for your iPhone

Are some iPhone cables better than others?

In recent years, the gap between official Apple-made cables and certified third-party offerings has shrunk to virtually nothing. Of course, cheap third-party cables may not last as long as their more expensive counterparts, but generally, you can expect all comparable iPhone charging cables (certified third party or official Apple) to fuel your phone with similar efficiency.

What about charging and transfer speeds?

While you might notice slight variations in charging speeds between official and third-party charging cables, you’ll spot a sizeable difference when you swap from a previous-generation Lightning-to-USB cable to a newer Lightning-to-USB-C cable. If you want rapid charging, we’d urge you to go for the latter – but remember to buy a wall plug that supports USB-C to match your new cable.

In other words, don’t be fooled into buying a cable that promises “ultra-fast file transfer speeds” or similar. The quickest way to transfer files to and from your iPhone is over Wi-Fi.

What is MFI Certification?

Put simply, MFI Certification (Made for iPhone) is a standardised testing process that many third-party or officially licensed iPhone charging cables must go through before hitting the market, ensuring that they are safe for use. Basically, if you see this symbol on a product, you know that it has been rigorously tested ready to be plugged in for years to come.

READ NEXT: The best smartwatches to buy

How can I spot a fake cable?

No one wants to plug a dodgy cable into their brand new iPhone only to cause the device serious internal or physical damage, or even worse, lose their files. It could even be a fire hazard, and no amount of money-saving is worth torching your home.

That’s why it’s vital to look for MFI Certification on the packaging. At the same time, the cable itself should have a serial number embedded on it directly. Apple advises that its cables will be marked with a 12-digit serial number citing whether the unit has been made in China, Vietnam or California. These are currently the only places manufacturing official Apple power leads.

READ NEXT: The best 5G smartphones

It’s also worth paying attention to both the USB (or USB-C) head itself and the Lightning connector. Official USB heads are recognisable by a few unique manufacturing techniques. For example, the interlocks that hold the silver shell of the USB head together should be in the shape of a trapezoid, rather than a rectangle – pick up any USB cable and you should see the same jagged line running down the middle on one side. The USB will also always be smooth and flat, with gold plated contacts.

The same goes for the Lightning connector itself. It’s again fairly easy to spot the real deal from the potentially dangerous imitation. A real Lightning connector will be constructed from a single piece of smooth rounded contacts, with a metallic grey faceplate and a strict length and width of 7.7mm x 12mm. Once again, if you’re not sure, or think something isn’t right with the power cable you have, throw it away safely.

The best charging cables for iPhones 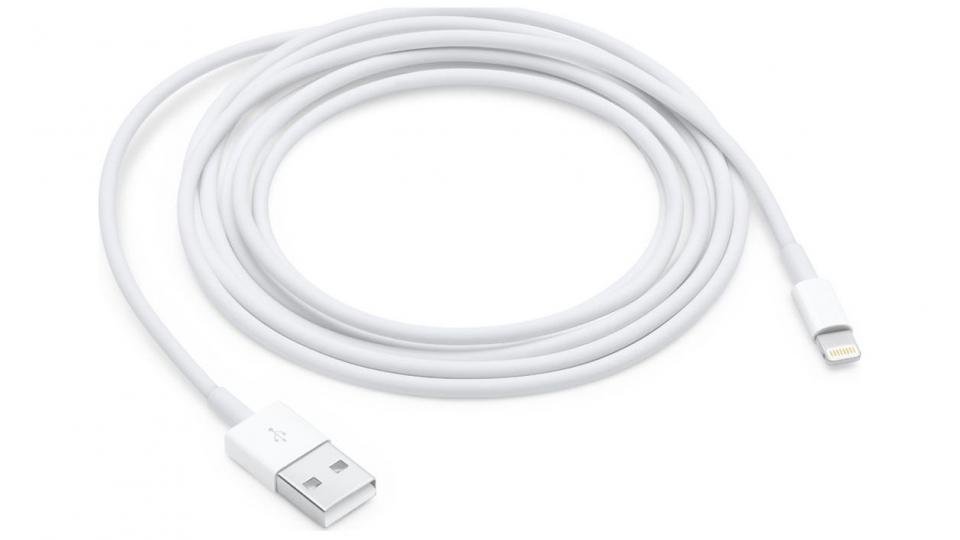 Should your original cable fail over time, the simplest thing to do is purchase another official charger from Apple itself. It isn’t too expensive in the grand scheme of things, and comes in different lengths for those who prefer a long lead trailing from the wall or something short-range at the desk. 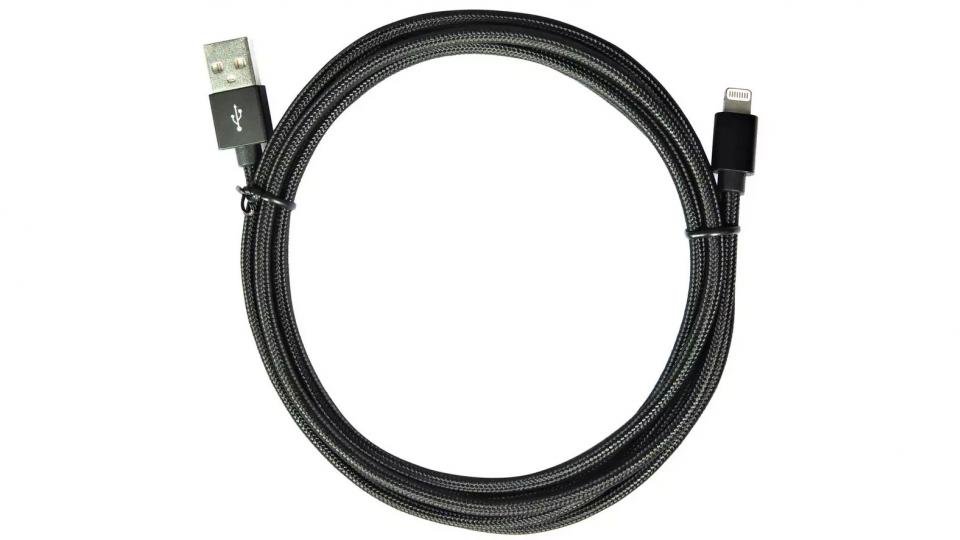 As mentioned in our buying guide, sometimes Apple’s provided cables can be less than stellar in the long term. This is where a more rugged, braided cable comes in. It may not be as sleek as the Apple original, but what you’re trading off in looks, you’re making up for in terms of durability, as a braided cable is far less likely to wear away over time than a standard plastic-wrapped one. 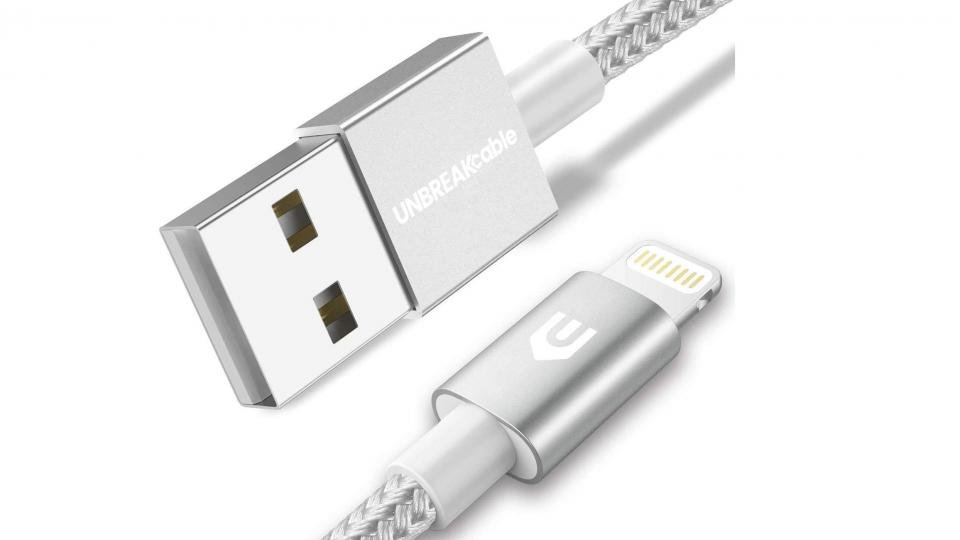 Sometimes we’re not as careful with our cables as we should be, and if you’re in need of something heavy duty, then the Unbreakcable (get it?) cable is likely to survive a good deal longer than some others for similar money. It’s a bold claim, but with a near-unanimous rating of four-and-a-half stars out of over 22,000 reviews, it’s difficult to argue against.

This iPhone charging cable is wrapped in three layers of protective material, with an external double-braided shell for extra support and flexibility in the cable. The company claims the cable can withstand weights of 15kg (33lbs) so you don’t need to fret if you put your books or laptop on it by mistake. 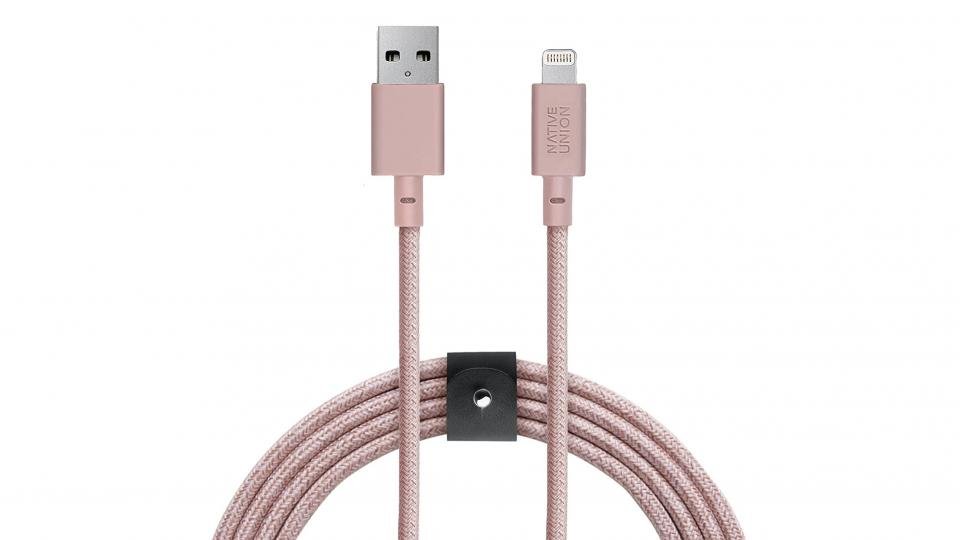 Competitively priced with Apple’s real-deal cables is what Native Union call its XL line. The status relates to the length of the leads at a mighty 3m (10ft), ideal if you’re inclined to charge from afar or use your phone by your bed. One interesting thing to note is that the rugged material at the top near the head of the cable bends at a 90° angle for easy charging. And it may be superficial, but these iPhone charging cables are available in a host of bright colours including rose gold, cosmos black and sage. 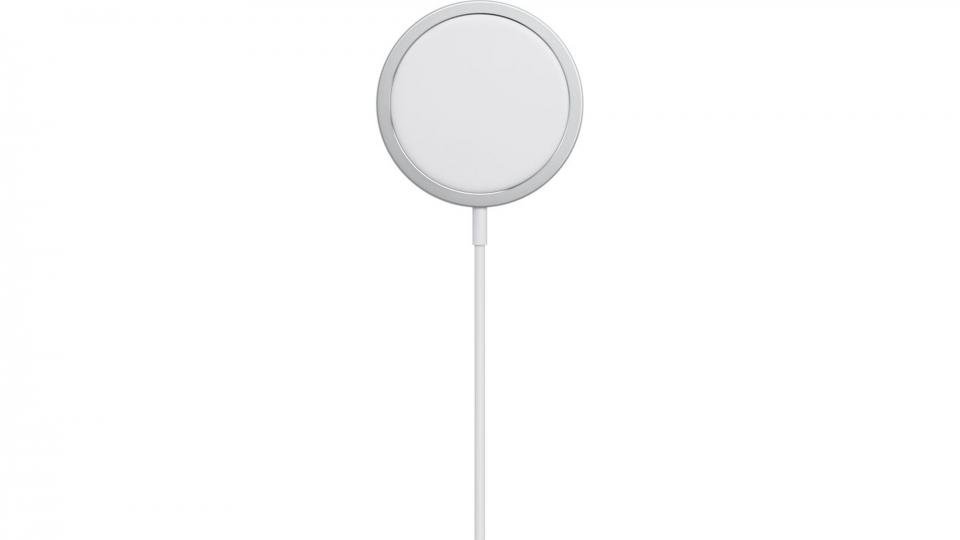 While it’s true that all these charging cables are great in their own ways, what if there was no need for wires at all? Apple themselves make an official wireless charging pad to fuel your iPhone (models supported are the iPhone 8 and up, but it works best with iPhone 12 and 12 Pro) without having to search through your drawer or get untangling.

As the name would imply, the MagSafe uses magnets to secure your iPhone 12 and 12 Pro to its base while your smartphone charges wirelessly. The maximum output is 15W which is enough grunt to wirelessly charge any other Apple products you may own too, such as the AirPod range of headphones.