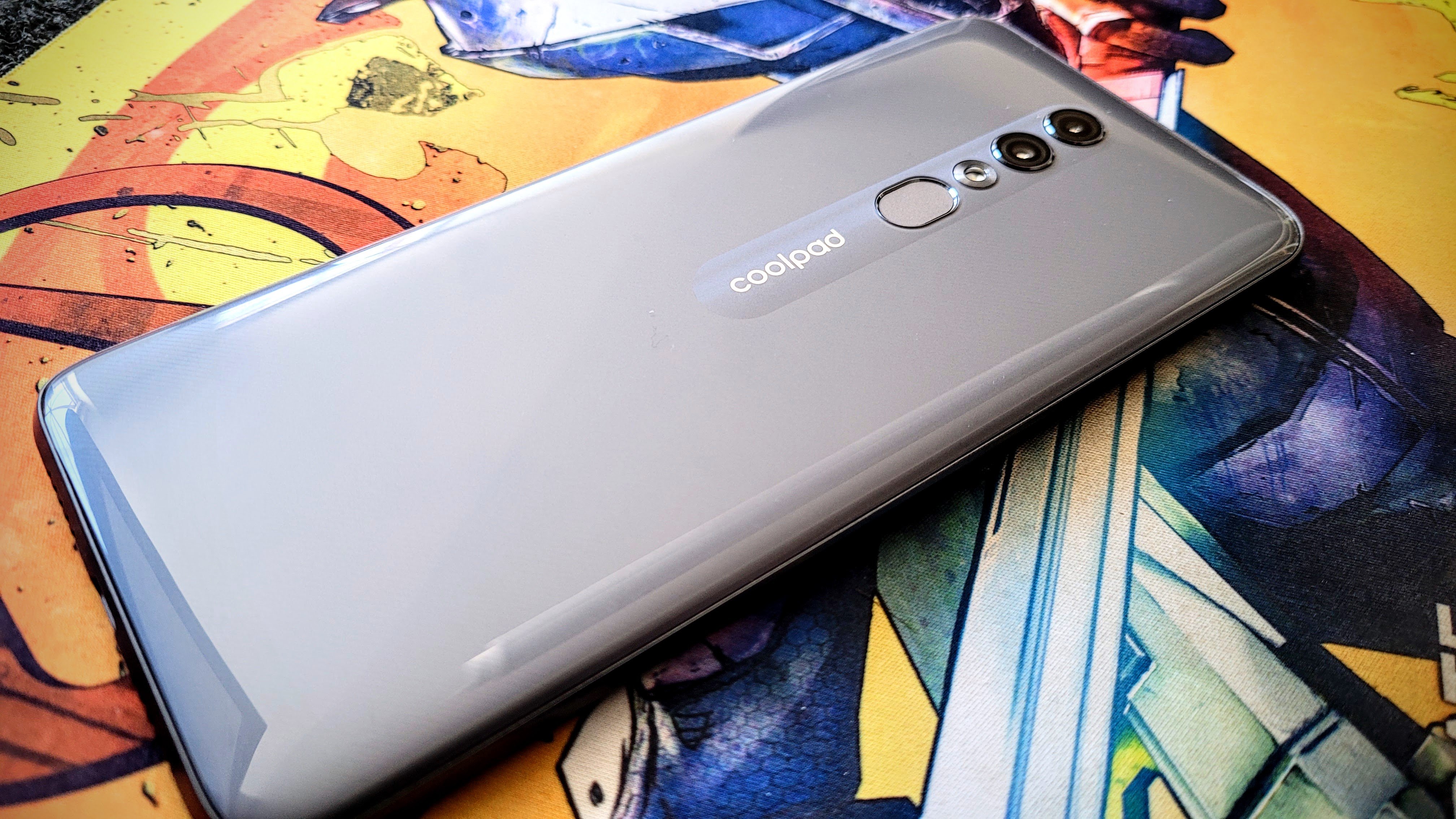 Something really amazing has been happening in the world of smartphones lately, but only if you look close enough. In fact, it’s on the opposite end of the spectrum from the Ultras, Pros, and SuperHyperMegas.

If you look beyond all those $1,000+ smartphones, you will recognize that the budget market is booming. As 2020 draws to a close nearly every smartphone maker out there is making a really good budget phone.

What if you want or need to go cheaper than budget? Like “ultra budget” territory. That’s where the Legacy Brisa for Boost Mobile comes in. Currently priced $100, it’s among the least expensive smartphones on the market. But, even at such a low price, we wonder whether it is worth the money.

Before I get into the review, I do want to thank Coolpad for sending us the Legacy Brisa for review.

This was pretty much everything I was expecting from a phone in this price bracket: minimal and to the point. Once you open the box you are greeted with the phone, cable, and charging brick. Hear that Apple (and Samsung)?

This is where the Brisa really surprised me; the build is very solid. The front glass is protected by Gorilla Glass 3, but the frame and back are plastic.

Although the back does have that shiny glass look to it. Am I the only one that is actually starting to prefer plastic back phones? I’m always afraid of breaking those glass sandwiches that dominate the “flagship” market.

On the front of the phone you’re greeted with a 6.53″ screen and a teardrop notch that houses a 16-megapixel selfie camera. The screen is a FHD+ display, which for the price is gorgeous. I did find at times that it can be a touch oversaturated.

On the right side of the phone is the power button and volume rocker, and on the top you have your headphone jack (yay!). The left is where you locate the SIM card tray, and around bottom is the speaker and USB-C port.

Around back you have one of my favorite features, the physical fingerprint sensor. To be fair, I have a small gripe with it. When you use it there is no feedback to let you know the phone liked your fingerprint. Considering it does take a second or two for the sensor to work it would be nice to know if I have to lift my finger and try again.

Additionally, I can’t pull down the notification shade by swiping down the fingerprint reader with my finger. Found in Google Pixel phones, you have no idea how helpful that is until you don’t have it anymore. It’s for this very reason I don’t like in display fingerprint sensors.

One of the more important aspects for a lot of people is the camera quality. In daylight these cameras take some pretty respectable pictures. When the lights get dimmer is where this camera finds it hard to keep up. Colors are vibrant, but perhaps a bit oversaturated for some. Regardless, it is respectable for a phone in this price range. 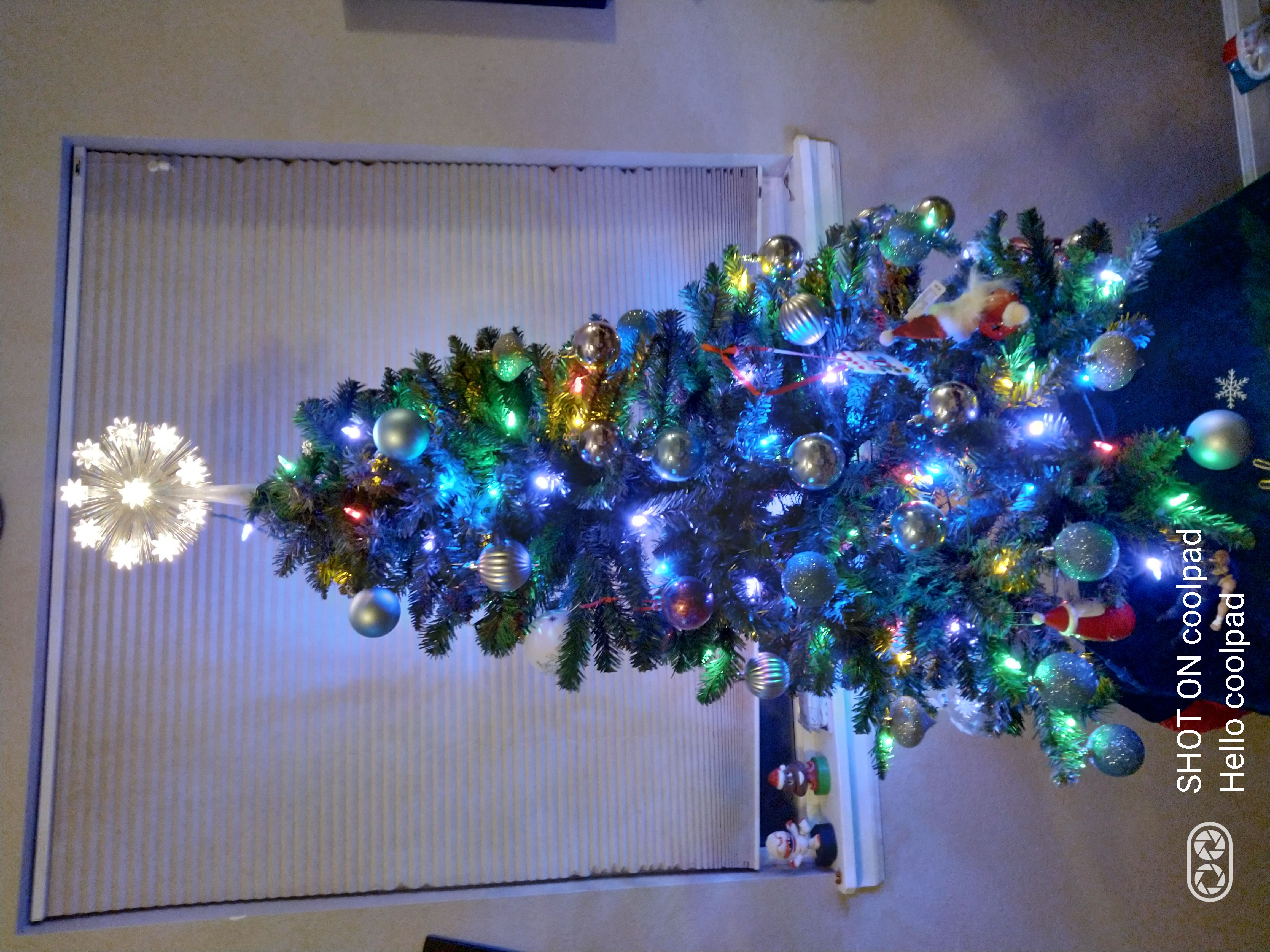 The above photo was taken at night with standard indoor lighting and obviously the tree was lit up. There is a “night shot” function, but I found it has a hard time focusing and almost makes the picture darker which was strange. If you’re really adventurous you can download the GCam app. The pictures I took using that app turned out generally better. 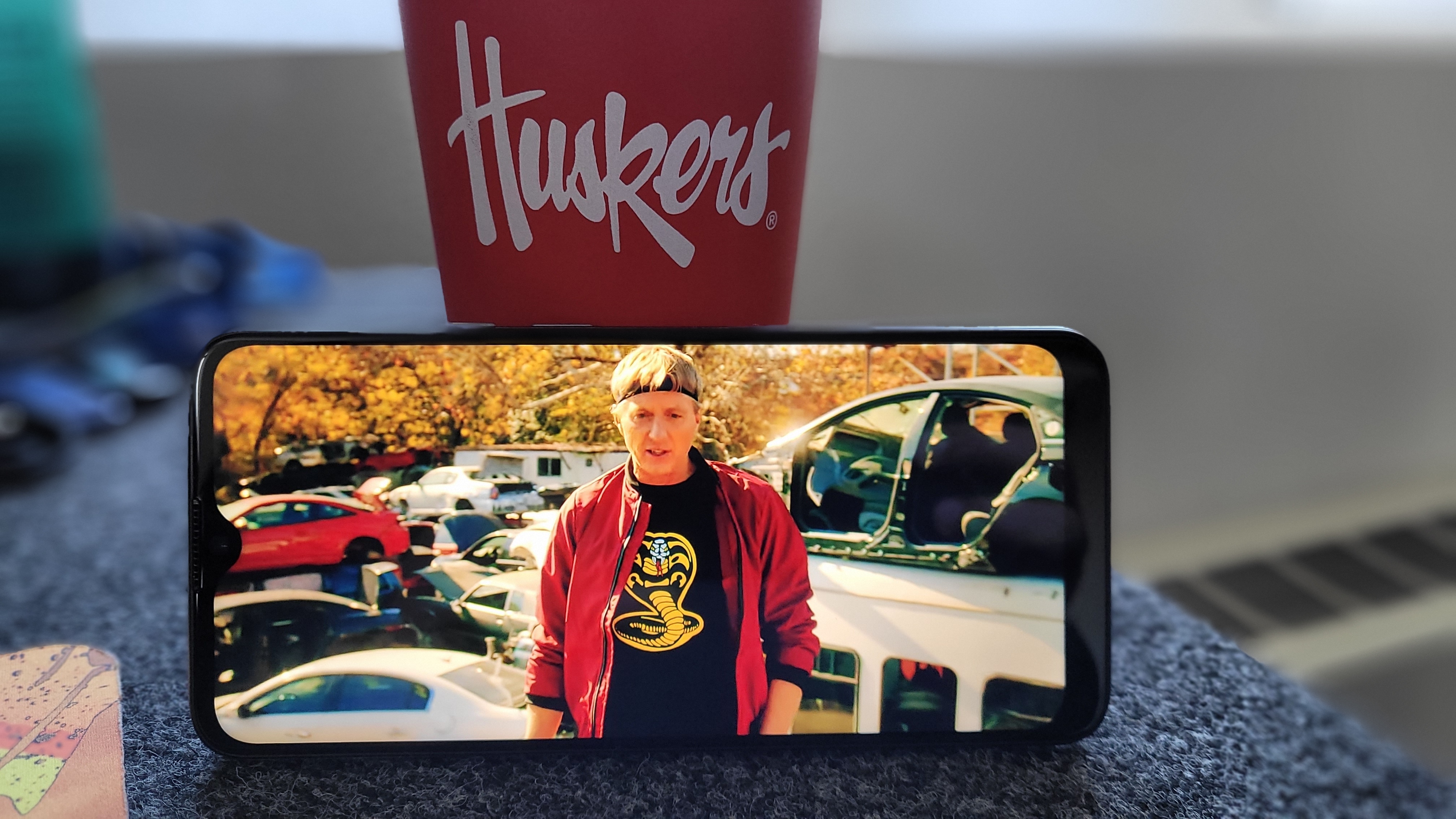 As I mentioned earlier, the screen might be a little oversaturated for some; however, I have found that some people prefer that look. For me it was hit and miss, but it was enjoyable when watching media. Overall, the display actually did pleasantly surprise me. It’s definitely not the most color accurate display, but we shouldn’t expect it to be. For the price, the screen is absolutely fantastic.

The Legacy Brisa has stereo speakers – a bottom firing speaker and the ear piece which doubles as a speaker. The ear piece speaker is definitely very thin and a little tinny sounding but coupled together it was a very pleasant experience.

This is the area I was most curious about. I don’t really care too much about specs too much; low end specs don’t always equate to poor performance. Going into the Legacy Brisa, I had spent my time largely using nothing but “flagships”. My current daily driver is the Samsung Galaxy S20FE, which is not super high end, but it’s definitely higher on that flagship spectrum.

When I first set up the device, it was really snappy, and in a surprising way. After two weeks it feels like things have settled down a bit but that’s common when you’ve installed a suite of apps and accounts.

It’s still plenty fast for standard day-to-day tasks like checking email, streaming media, and browsing social media. There were a few small slow downs when switching from portrait to landscape and vice versa and occasionally the keyboard would take a second or two to pop up. Nothing crazy, and honestly I probably wouldn’t even have noticed if I hadn’t come from a recent flagship.

There is one place where this phone absolutely shines and that’s battery life. I am regularly pulling between 7-7 1/2 hours of screen on time. On the days I used the phone like my Dad, I would easily get two days before having to plug the phone in. On the days I used it the way I normally use smartphones, I would get from about 7:00AM until roughly 1:00AM and still had a bit of room to spare.

At the time of this writing the Legacy Brisa is priced at $80 through Boost Mobile and I feel that is a steal for a smartphone of this quality. Of course it’s not perfect, but I wouldn’t expect it to be for around $100. In a time when a “budget” phone can be defined as one costing in the neighborhood of $350, the Legacy Brisa is a fantastic device.

If you’re looking for a solid device in the $100 range, the Legacy Brisa should definitely be on your short list of smartphones.