OnePlus is a big player these days, as it never ceases to remind us, yet in the past few years, there’s been a lingering sense of it having abandoned its flagship-killing roots. That was fixed in part earlier this year with the arrival of the cheaper OnePlus Nord and now, the OnePlus 8T is here to confirm the company has finally got things firmly back on track.

Packed with premium features and sensible design choices, the OnePlus 8T is the best OnePlus flagship the firm has produced to date. It’s also among the best phones on the market, full stop.

READ NEXT: The best budget smartphone to buy today

OnePlus 8T review: What you need to know?

So, what’s the difference between the OnePlus 8 released earlier this year and the OnePlus 8T? Quite a lot, as it happens.

The OnePlus 8T has a new design that sees it move from the centralised, traffic-light arrangement of rear cameras to a rectangular housing similar to Samsung’s S20 series of phones.

It has 65W fast charging (a first for OnePlus) and twin batteries that allows it to be charged from zero to full in less than 40 minutes. It has inherited the 120Hz AMOLED display from the OnePlus 8 Pro – an improvement on the 90Hz screen of the regular OnePlus 8 – and now has an improved quad-camera array on the rear, with a higher-resolution macro lens and a new monochrome sensor.

All this, while retaining the flagship Qualcomm Snapdragon 865 processor and 5G network connectivity. Intriguingly, though, this year there is no larger and more expensive OnePlus 8T Pro.

UPDATE: As of the 20th October, the OnePlus 8T is now on sale. You can pick one up from OnePlus direct, naturally, but both models are also available from Amazon and John Lewis.

On paper, at least, the OnePlus 8T has the edge on its rivals. It has a nicer look and feel than the Samsung, more cameras than the iPhones, and none of its rivals can boast the super-fast 65W charging of the OnePlus 8T.

Pre-order the iPhone 12 from John Lewis

In typical OnePlus style, the OnePlus 8T is a bit of a looker. It doesn’t have the curved display edges of the OnePlus 8 Pro but its frosted glass back and new silver paint job looks absolutely fabulous. Go for the pricier green model and you get a glossy finish that OnePlus says eliminates the problem of fingerprint retention.

From the front, the display fills the majority of the body with slim bezels surrounding it on each of the four sides and there’s a small hole-punch selfie camera peeking out from the top-left corner. The phone’s fingerprint reader is hidden beneath the display at the bottom and, so far, has worked very reliably.

The rear of the phone is where we see the first big change, with the camera array moved from a strip in the centre to a rectangle in the top-left corner.

This isn’t as bad as it sounds, though. OnePlus has at least made a bit more of an effort than Samsung to make this rectangle look nice, with rounded corners, plus some extra detailing surrounding the second column of sensors.

It’s a handsome phone, no doubt, and a quick squint around the edges reveals OnePlus hasn’t fiddled around with the positioning of the phone’s controls. On the right edge is the power button and the three-position do-not-disturb slider switch. A big thumbs-up to OnePlus for sticking with this – it means you can silence the phone at bedtime without having to turn on the screen and light up the room.

On the left edge, you’ll find the volume rocker and on the bottom is the phone’s USB-C charger port, speaker grille and SIM card slot. There’s no microSD expansion slot here, alas, nor is there any form of official IP rating for dust and water resistance, either. You also don’t get wireless charging, although NFC is present for contactless payments and the like.

There may not be a OnePlus 8T Pro this year but OnePlus makes up for that in large part by taking bits of the 8 Pro and incorporating them into this handset.

The display, for instance, although the same size as on the OnePlus 8, gets a bump in refresh rate from 90Hz to 120Hz. That’s nice, and it does feel very slick in every respect, but I’m not fully convinced it makes a discernible difference.

That 6.55in AMOLED display, however, with its sensible FHD+ (2,400 x 1,080) resolution, remains a cracker. Brightness peaks at 451cd/m2 with auto-brightness disabled and goes up to 733cd/m2 on sunny days with auto-brightness switched on, ensuring the screen remains readable in the brightest conditions.

In its ‘Vivid’ mode the screen delivers 148.5% of the sRGB colour gamut, in the ‘Display P3’ mode it goes to 138% and in the ‘sRGB’ mode it delivers 92.7% coverage out of a 94.8% volume. Colour accuracy is decent in both sRGB and Display P3 colour modes, returning average Delta E colour difference scores of 1.58 for sRGB and an impressive 1.36 in Display P3 (lower scores are better here), with Vivid not being so accurate but adding a little extra pop to colours. And, being an AMOLED screen, the contrast ratio is effectively perfect.

Not only is the display technically very good, though, OnePlus has also introduced a significant new feature: always-on display. It’s a little late but OnePlus has implemented it nicely here, with 11 different “AOD” displays available to choose from, one of which (helpfully or unhelpfully, depending on your perspective) shows you how many times so far today you’ve unlocked your phone.

There aren’t any surprises in terms of performance other than the fact that OnePlus has turned down the opportunity of using the Snapdragon 865 Plus chipset.

With a Snapdragon 865 inside, backed up with 8GB or 12GB of RAM and 128GB or 256GB of UFS 3.1 storage, it performs at roughly the same level as the OnePlus 8 in the benchmarks and in everyday use it feels super-fluid and very responsive with the high-refresh 120Hz display adding a little extra gloss.

It’s in the battery department, however, that the OnePlus 8T steps away from its predecessor. Battery life is simply phenomenal. In our video rundown test, the OnePlus 8T’s 4,500mAh double battery lasted 26hrs 30mins, which edges it just in front of most rivals to place it fifth in our all-time list, level with the OnePlus 8T and behind the mighty Samsung Galaxy M31.

That’s not the biggest news, though. OnePlus’ new battery charging tech, which it’s calling Warp Charge 65, is now on hand so that when you do eventually run out of juice, you’ll be able to top it up in no time flat.

OnePlus is claiming a full charge from 0% to 100% will take 39 minutes. Sure enough, I timed it at bang on at 39 minutes, with ten minutes taking the battery from zero to 39% and 20 minutes getting you up to 69%. Assuming you take the included 65W charger with you everywhere, you’ll never need to worry about having enough time to charge your phone.

Somewhat surprisingly, it doesn’t even get all that hot while charging, which may be thanks to the new vapour-chamber cooling system, which OnePlus says is 285% larger than before.

On the camera front, the improvements are somewhat less dramatic but OnePlus has tweaked things a little. The main camera module itself remains the same 48MP, f/1.7 Sony IMX586 module with OIS used in the OnePlus 8 (and the same as on the OnePlus 7T) and this is accompanied by an ultrawide, a macro, a monochrome camera and a fixed-focus 16MP, f/2.4 selfie camera.

The ultrawide camera now has a slightly wider field of view than the one on the OnePlus 8, at 123 degrees versus 116 degrees, although its resolution and aperture are still 16 megapixels and f/2.2. The Macro camera has had a resolution bump, though, up from the fairly pointless 2MP to a more useful 5MP.

The new 2MP monochrome camera is the most interesting thing here. It’s employed in conjunction with the main sensor to add extra light-gathering capabilities. Elsewhere, OnePlus has also added a video portrait mode with fake background bokeh and a new video nightscape mode for shooting moving images at night.

Performance from the main camera is exactly as you’d expect it to be. That is, it’s very good and on a par with the camera on the OnePlus 8 and 7T but nothing particularly special. As with its predecessors, in its default mode, the camera actually shoots 12MP images; you have to select the 48MP mode if you want higher resolution images. 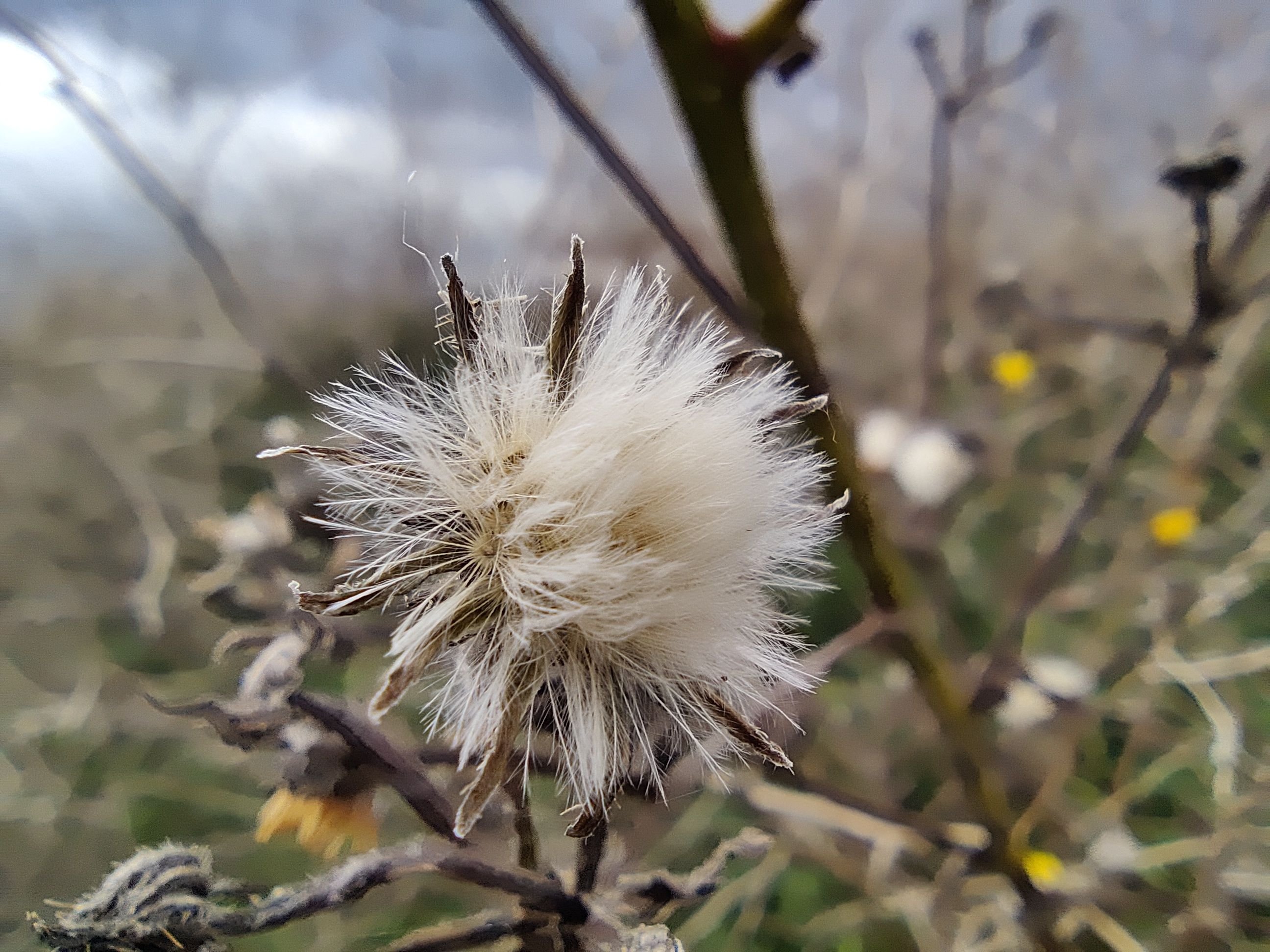 The macro mode is a dramatic improvement and as long as your subject isn’t moving around too much, you can grab some impressive-looking closeups if your subject doesn’t move too much.

The same holds true for the monochrome camera. Although this doesn’t add any more detail per se, the extra light-gathering capabilities mean images do, in fact, look more detailed thanks to less noise and the softening this often leads to.

The only gripe I have is that the mono camera doesn’t have a mode of its own in the camera app. Instead, you have to select the filters menu, then scroll to the end until you reach the “Mono” filter. It’s extra odd to find it here considering OnePlus was careful to explain that it isn’t a filter at all.

As for video, the core capabilities remain the same, with the OnePlus 8T able to capture 4K at up to 60fps, fully stabilised, and 1080p at up to 60fps, while slow-motion footage can be captured at up to 240fps in 1080p and 480fps in 720p resolution. Quality is okay, but fine details often take on the appearance of an oil painting when examined closely.

Without significant forward steps in the camera department you’d think it might be tough to get too giddy over the release of the OnePlus 8T but far from it. There are improvements in enough other areas that the 8T just about edges in front of our current favourite mid-range phone, the Samsung Galaxy S20 FE.

The OnePlus 8T has a nicer design and feel to it and a longer-lasting, faster-charging battery. Although the camera isn’t quite up to the S20 FE’s standards, it’s not far behind, plus you have the bonus of decent macro and monochrome photography options, as well.

With the only significant weaknesses being a lack of dust and water IP rating and no microSD slot, the OnePlus 8T makes a strong case for itself as the finest mid-range smartphone money can buy. If you’re looking to spend around £549 on a smartphone, this is the one to beat.