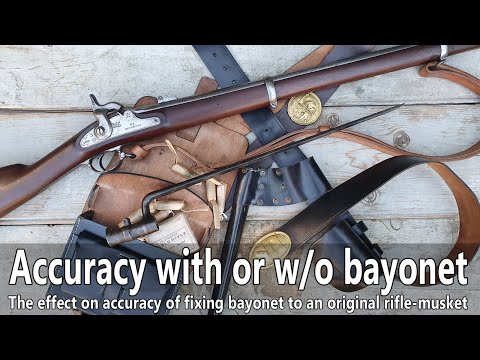 Cap and Ball is at it again, this time to answer a question that often comes up about Civil War rifles. Did the addition of a bayonet have any effect on accuracy? He also has some commentary on the use of bayonets during the war.

We often hear that Sam Colt invented the revolver, and that he got the idea during a transatlantic crossing in the 1840s while watching the helmsman turn the ship’s wheel. In truth, however, the revolver goes back much farther than that. The first one we actually have belonged to one Georg von Reichwein and dates all the way back to 1597. It’s more accurate to say that Colt designed the first practical mass-produced revolver. Guns like that of von Reichwein were hand made and available only to rich people and the nobility.