WhatsApp fans have been teased about the imminent arrival of a new feature that could become vital for users of the chat app. With so many people having to stay at home due to lockdown measures enforced around the world, the ability to communicate digitally has never been more important. As the pandemic hit, services such as Zoom and Houseparty saw a huge uptick in users, thanks to a massive spike in video meetups for work and social purposes.

When this upcoming WhatsApp feature was discovered by WABeta, it was unclear when it would be getting released. 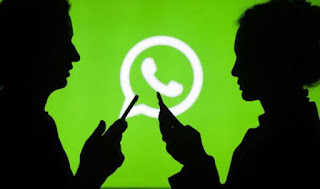 But now things are moving at a fast pace, with Facebook on Thursday May 14 confirming the surprise release of their Zoom rival.

And not long after that it emerged a new WhatsApp beta download for Android, which includes Messenger Room integration, has been rolled out.

This patch release was confirmed by the WABetaInfo Twitter, who on Friday May 15 posted: “WhatsApp is rolling out Messenger Rooms shortcuts for Android beta users

WhatsApp is gradually rolling out the feature for specific countries and users. The activation will continue in the next few hours/days.”

It remains to be seen how long testing of this new functionality will take, and when exactly Messenger Rooms integration will be getting a general release.

But until then you can try out Messenger Rooms in the Facebook or Messenger mobile apps for iOS and Android, or the desktop app for Windows and Mac.

Outlining what users can expect from the new feature in a blog post, Facebook said: “Messenger Rooms lets you create a room to host joinable free video calls with up to 50 people with no time limit, making it easy to spend quality time with friends, loved ones and people who share your interests. Rooms can be created right from Messenger or Facebook and gives you the ability to share links to invite anyone to join, even if they don’t have a Facebook account.

“Connecting with friends and family has never been easier or more spontaneous. You can start and share rooms on Facebook through News Feed, Groups and Events, so it’s easy for you to drop by whenever you want. You can choose who can see and join your room or remove people from your room and lock the room if you don’t want anyone else to join.”

The social networking giant added: “We will continue to add more features to Messenger Rooms in the coming months. We hope Messenger Rooms will enable people everywhere to stay more connected with the people they love, no matter where they might be.”