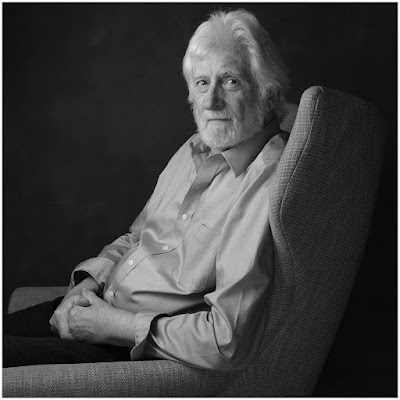 There’s something about shooting medium format — especially in black and white. The look is unmistakeable: creamy highlights supported by lush, detailed shadows.

So it’s perfectly understandable why many photographers shell out big bucks for pricey medium format gear. In fact, it’s possible that some of you are at this very moment casually thinking about how cool it would be to shoot with a MF camera system.

And why not? I mean, don’t you deserve it?

But a lot of the tonal qualities we often associate with medium format can be acheived on the cheap if you light your photos from the bottom end first.

Take the photo above, which was shot with a small-chip Fuji, a kit zoom and a pair of small, $25 soft boxes.

As photographers, we’re all susceptible to clever marketing for any piece of gear that we’re convinced will make us better photographers. Keep that in mind in order to protect yourself. And always remember that the marketing folks are acutely aware of our weaknesses, too.

Will a medium format camera give you better control in the shadows? Yep.

It’s akin to shooting with a larger film stock. Greg Heisler famously shoots occasionally with 11×14(!!) black and white. He likens it to having a piano with 500 keys. Which may be the best film marketing phrase I have ever heard, except Greg wasn’t even selling film when he said it.

In lieu of swapping out your perfectly fine gear for a cumbersome (extra)large-format camera, perhaps spend a little time learning how to better use your present camera and modest lighting gear.

Start With Your Shadows

Pictured above is Jason, who was a student at my very last lighting workshop just before the entire planet closed temporarily for remodeling.

Here, he is being lit by two lights — a fill and a key. Both are cheap flashes in even cheaper soft boxes. But light is light, and fortunately the principles apply up and down the economic chain. 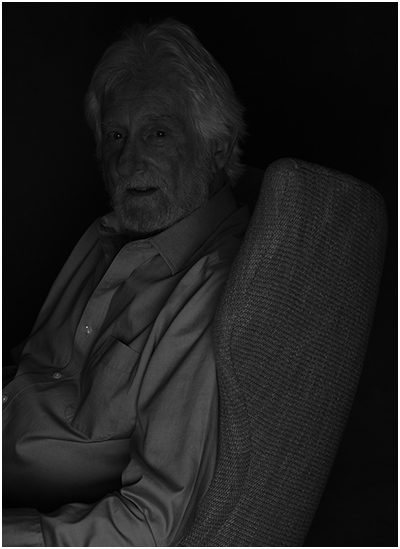 Here is Jason, lit just by the fill light. Looks pretty dark, right? But he’s legible. In fact, that is the only thing I am going for with this light: legibility in the shadows.

You place this light first, and put in in a position to not leave very much of a shadow signature of its own. If my key is coming from above the subject, I often like to put my fill light right below my lens.

Here’s a look at the exact setup, with Jorge (shooting) Jason (chimping) and Aaron (subject) trying it out on their own: 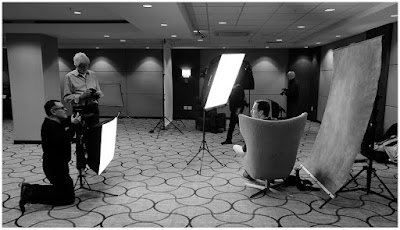 This fill light-only exposure level is good to pre-visualize before you add a key light. Because this is the light that defines the tonal range of your photo.

Do you want it dramatic, or silky? When moving from highlights to shadows, would you rather step off of a cliff, or off of a curb?

That’s all about the exposure from your fill light.

It’s up to you. That’s why you set the fill light exposure first. That way, you can easily see the worst-case scenario for your shadows in the final product.

Then you lay in your key light, and you get a final product that looks much more controlled. Because you controlled it.

If you’re shooting color, you have another layer of control: you can cool the shadows a bit by gelling only your fill light. In this case, I used a 1/2 CTB. (That’s basic Lighting 103.) 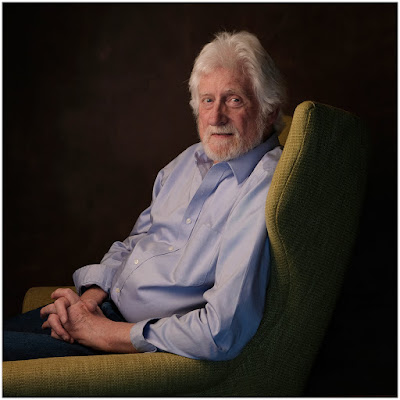 And remember, the cooler color of light itself connotes shadows. So if you like, you can further compress the tonal contrast range between your fill and your key. Which in turn will make your present camera look like it is even better at capturing rich shadow detail.
__________

Look, we all want to be able to shoot with better gear. We just do.

But more often than not, the look that can only apparently be created with a spendy new camera is already right at your fingertips.

Learning to better control the gear you already own will make you a better photographer. Always trying to buy that next capability will just make you a poorer one.
__________

This article was published as an entry in Strobist Lighting Cookbook. New articles and how-to’s appear monthly. To receive notifications for new posts, you can follow via email or via Instagram.