In September last year, Xiaomi first unveiled MIUI 11 alongside its experimental Mi Mix Alpha, Xiaomi Mi 9 Pro 5G, and a new Mi TV Pro lineup. The latest version of MIUI introduced a new animated AOD, improved visuals, and more to several Xiaomi devices, with the company rolling out several more features over the last couple of months. However, towards the end of last month, a post on the China chapter of MIUI Community revealed that the company had officially halted beta development for MIUI 11. This led several Chinese tech bloggers to suspect that the company was shifting focus on the development of the next major update for MIUI — MIUI 12. While the company hasn’t officially confirmed these rumors yet, it may have accidentally leaked some of the new MIUI 12 UI on the MIUI Community forums. 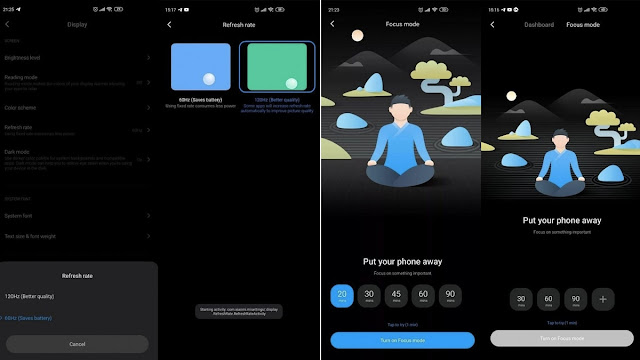 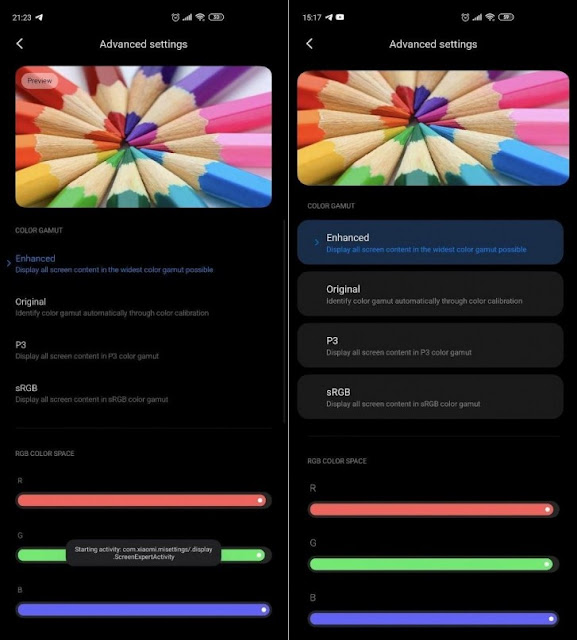 Xiaomi releases beta versions of its apps to its MIUI Community forums and the latest version of the MiSettings APK, which was released a few days ago, featured a revamped user interface. A keen-eyed XDA-Developers forum member noticed this and collected a few screenshots. Xiaomi has since pulled the APK down, lending credibility to the fact that these are early stills from MIUI 12. 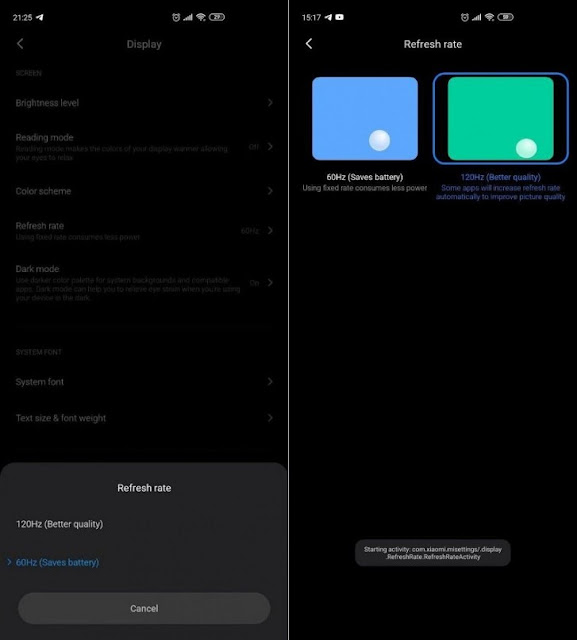 Below are a few side by side images of the current and the leaked UI of the MiSettings app. The biggest change is the new Refresh rate menu – where before there was a list with two options to choose from – 60Hz or 120Hz – there is now an illustrative menu.