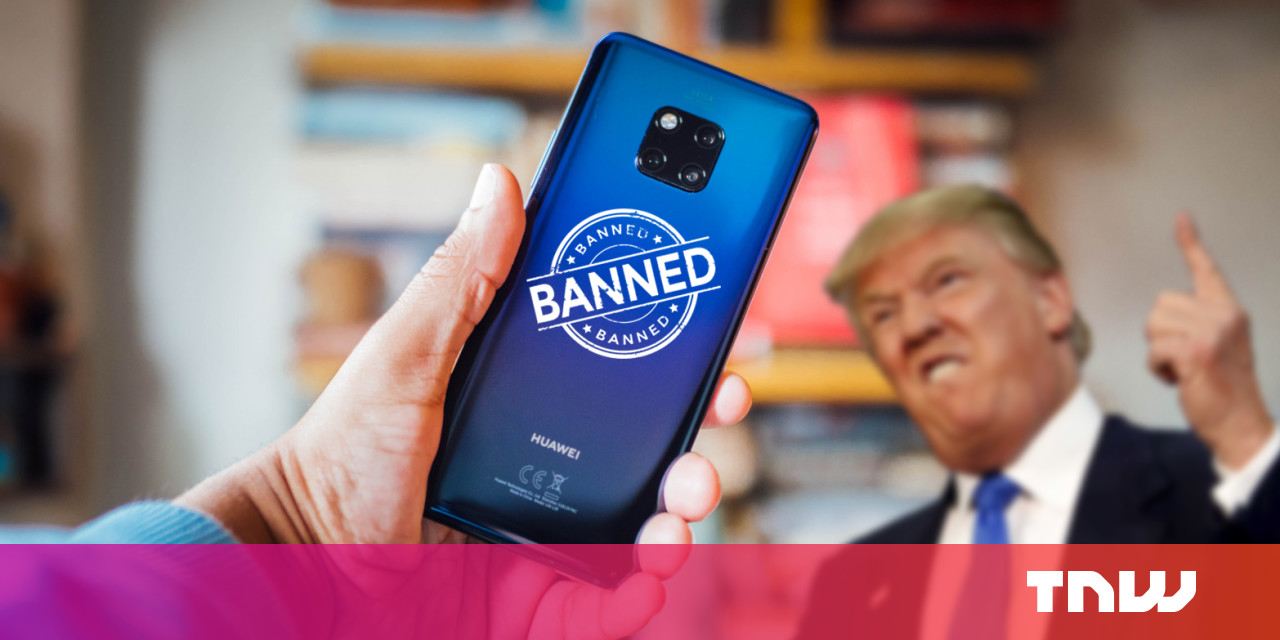 President Trump is expected to sign an executive order this week that would ban US companies from using equipment from firms that pose a national security risk. If signed, the order would all but block Huawei from the United States.

The order isn’t expected to name individual companies, although Huawei is clearly the one that will spring to mind for most. It’s the world’s largest telecom supplier and number two smartphone maker, behind only Samsung. And lately, it’s run into one issue after another, most stemming from 23 unsealed indictments that concluded it had run afoul of intellectual property laws, obstructed justice, and committed fraud while trying to evade US sanctions in Iran.

Huawei, for its part, has denied any wrongdoing. Company representatives could not be reached for comment about the executive order and the risks it poses to its business.

Since last year, the US has been trying to persuade other countries not to use Huawei’s equipment in next-gen 5G networks it has referred to as “untrustworthy.” In August, Trump signed a bill that banned the US government from using equipment from both Huawei and ZTE, over fears that said equipment could pose a national security risk.

Security risks aside, Huawei has also come under fire for its alleged theft of trade secrets. T-Mobile alleged that, in 2013, two Huawei engineers tried to make off with a robotic stress testing arm, stuffing the device into a laptop bag and later sending measurements and photos back to China. T-Mobile won a $4.8 million suit against the company in 2017.

This was but one of the charges mentioned in a 10-count indictment by the Department of Justice in January. The indictment went much deeper than the attempted theft of “Tappy,” the robot arm, alleging that Huawei displayed a willingness to steal trade secrets and that the practice was systemic to its culture.

According to the Rural Wireless Association, a conglomerate representing ISPs with fewer than 100,000 subscribers, an estimated 25 percent of its members were currently using Huawei or ZTE equipment in their networks. And while this represents smaller, rural carriers, the FCC filing in December could spell slowdowns for larger ISPs as well, especially those currently working on plans for nationwide 5G networks.

Of course, there’s a chance the executive order never comes to fruition. While Reuters reports the action is imminent, the topic first came up in May 2018, in a Wall Street Journal report. White House officials claimed then that the order was under review. Additional reports surfaced in December saying that the executive order was still being considered. And then in February, another report claimed that it was imminent.

Your guess is as good as ours.